The retired general, who lives in London after stepping down as president, is accused of not providing adequate security to Bhutto, a former prime minister, after she returned to Pakistan to re-enter politics. She was killed in a gun and bomb attack outside Rawalpindi Dec. 27, 2007, when Musharraf was president.

The arrest warrant, issued on court orders, was sent to the Pakistani Embassy in London by Pakistan's Federal Investigation Agency, Dawn newspaper reported.

"We have received the arrest warrant and sent it to the U.K. authorities," an assistant to Pakistani Ambassador Wajid Shamsul Hassan was quoted as saying.

Pakistani officials have said Britain was not pursing the extradition of Musharraf. The two countries do not have an extradition treaty, the report said.

The Nation reported an anti-terrorism court had previously ordered Musharraf to appear before it on Feb. 19, but that he did not return to Pakistan. It said Monday the court gave Pakistani authorities 15 days to arrest the former president.

Musharraf's lawyer has dismissed the accusations against his client as political victimization.

World News // 19 hours ago
Brazil, others confirm first COVID-19 infections as deaths decline in China
Feb. 26 (UPI) -- As a deadly coronavirus appears to be stabilizing in China, where it has killed thousands this winter, countries across the globe are scrambling to contain COVID-19's spread with several confirming their first infections

World News // 11 hours ago
Japan lifts last remaining ban on Fukushima fish
Feb. 26 (UPI) -- Japan has lifted a ban against all Fukushima seafood shipments for the first time since the 2011 nuclear disaster, after restrictions against the last remaining species of fish, skate, were lifted on Tuesday.

World News // 11 hours ago
Researchers find hidden door, room in London House of Commons
Feb. 26 (UPI) -- While performing renovations at London's House of Commons this week, crews uncovered a long-forgotten doorway officials say dates back to the mid-1600s and was probably used by some prominent British historical figures.

World News // 12 hours ago
Starbucks to offer plant-based sandwich in Canada stores
Feb. 26 (UPI) -- Starbucks announced Wednesday it will introduce a Beyond Meat sandwich to its menu at locations in Canada, following a growing trend of North American restaurant chains that are now offering plant-based meat substitutes. 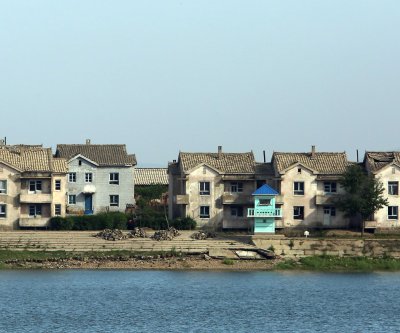 World News // 14 hours ago
South Korea president under fire for coronavirus response
Feb. 26 (UPI) -- South Korean President Moon Jae-in is taking heat from the political opposition for the escalating number of confirmed cases of coronavirus in the country.