The first earthquake just after 5 p.m. measured 6.8 on the Richter scale. The first aftershock, about 3 hours later was 5.9 and the second 6.1. Earthquakes between 6.0 and 6.9 can cause considerable destruction over areas within 50 miles of the epicenter.

The epicenter was offshore about 30 miles north of Concepcion and 245 miles south-southwest of the capital, Santiago.

An emergency official said there were unconfirmed reports of deaths in the town of Ercilla, President Sebastian Pinera said. Pinera was in the region when the earthquake hit, visiting the town of Maule.

Officials said telephone service was knocked out in many areas, making damage and casualty reports hard to assemble.

World News // 9 hours ago
Netanyahu appears in court on corruption charges
May 24 (UPI) -- Benjamin Netanyahu appeared in a courtroom in Jerusalem on Sunday for arraignment on bribery, fraud and breach of trust charges -- the first prime minister of Israel in office to stand trial.

World News // 9 hours ago
U.S. bans travel from Brazil as coronavirus also surges in Mexico
May 24 (UPI) -- The death toll and cases from coronavirus are surging in two Latin American nations -- Brazil and Mexico -- while the pandemic stabilizes in other former hotspots, including Asia and Europe. 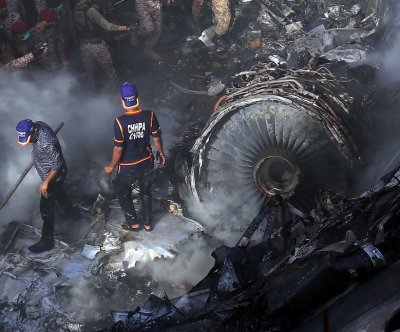