CAIRO, Feb. 6 (UPI) -- Egypt's new vice president says convening talks with opposition leaders is the first step in the political transition that demonstrators have been demanding.

In an interview that aired Sunday on ABC's "This Week with Christiane Amanpour," Vice President Omar Suleiman urged patience and said specific steps are necessary to ensure a peaceful change that will satisfy everyone.

"If President Mubarak would say that 'I'm leaving now,' then who would take over?" said Suleiman. "In the constitution, that means the (parliament) speaker would take over. I think with this atmosphere that means that other people who have their own agendas would create instability in our country."

Urging patience ran counter to the demands of demonstrators who have for the past two weeks been calling on Mubarak to step down immediately. But Suleiman said the process could only go so fast.

"I want the opposition to understand that, in this limited time, we can do what President Mubarak has said he would and we cannot do more," Suleiman said. "When a new president comes (into office), you will have more time to make any changes you want."

Suleiman said the most constructive thing the anti-Mubarak protesters could do would be to go home and allow the Egyptian economy to get back on track. 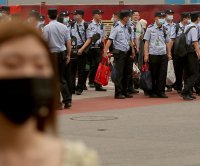 World News // 1 hour ago
China grapples with Delta variant outbreaks after show draws tourists
July 29 (UPI) -- Clusters of COVID-19 cases have emerged in several cities in China after months of no official reports of outbreaks. 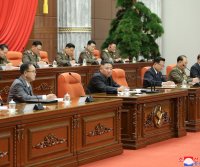 World News // 1 hour ago
Senior North Korea military official reappears after absence, rebuke
July 29 (UPI) -- A North Korean official who may have been upbraided by Kim Jong Un in June for poor COVID-19 planning was shown at the North Korean leader's side. 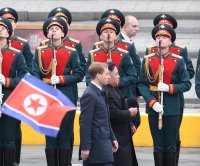 World News // 19 hours ago
Report: Hundreds of North Koreans stay behind in Russia during pandemic
July 28 (UPI) -- Close to 1,000 North Koreans remain in Russia, and Russian authorities say COVID-19 is the reason they have been unable to return home. 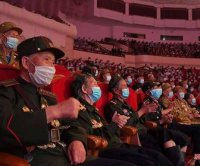 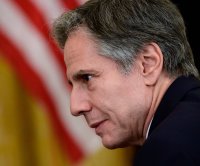 World News // 1 day ago
U.S., Russian officials meet in Geneva to discuss nuclear stability
July 28 (UPI) -- Senior government officials from the United States and Russia met in Switzerland on Wednesday to discuss strategic nuclear stability, a little more than a month after Presidents Joe Biden and Vladimir Putin met there.

World News // 1 day ago
North, South Korea hotline reopening goes unreported in North Korea
July 28 (UPI) -- North Korea reopened a military hotline with the South, but the breakthrough has not been reported to a domestic North Korean audience. 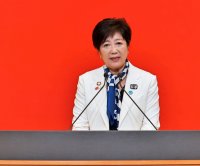