State-owned television reported the armed forces as saying the show of force is only meant to protect civilians gathered in Tahrir Square, the Egyptian daily newspaper al-Masry al-Youm said.

The statement of reassurance came ahead of massive rallies planned for Tuesday. Hundreds of thousands of people are forecast to hit the streets of Cairo as they try to exert leverage on the 82-year-old leader to end his nearly 30-year rule.

Al-Masry al-Youm reported the atmosphere in the square was upbeat Monday with people singing and playing instruments -- a stark contrast to previous days when the protesters became ensnarled in violent confrontations with police.

"I'm having fun," a rollerblading 13-year-old identified only as Mariam said.

Her 15-year-old cousin Nabil, who had experienced tear gas days earlier, agreed. "It was horrible, but today is totally different," he said.

Mahmoud Gamal said the mood has varied throughout the past week of protests.

RELATED Egyptian police back on the streets

"It was extremely hopeful and surreal at first, then there were a few days that felt like an all-out war. After that it was tense. Today feels more like a carnival."

There were even stabs at humor in the midst of the extremely serious situation. One sign told Mubarak to, "Leave already! My hands hurt from holding this up!"

A coalition led by youth groups has pressed the army to side with the people, al-Masry al-Youm reported.

"We the people and the youth of Egypt demand that our brothers in the national armed forces clearly define their stance by either lining up with the real legitimacy provided by millions of Egyptians on strike on the streets, or standing in the camp of the regime that has killed our people, terrorized them and stolen from them," a statement read.

The protesters said the army has until Thursday morning to make its position clear before a "Friday of Departure" march on the palace.

A source at the Railway Authority told al-Masry al-Youm train service was being halted throughout the country to keep thugs and looters from reaching cities.

Mubarak told new Prime Minister Ahmed Shafiq he must lead the country toward democracy and meet with opposition groups.

Protesters, fed up with what they say has been decades of repression and corruption, called for a general strike Monday, pledging not to budge until Mubarak steps down. They also called for a "million man march" Tuesday, Deutsche Welle said.

"We must progress in general, quickly and effectively, towards political, legal, and parliamentary reform through dialogue with all parties that aspire to operate in the democratic arena," Mubarak was reported as saying Friday by al-Arabiya.

Mubarak ordered the government to reduce inflation and earmark funds for "support of the underclass."

The Sunday Times of London reported Mubarak was said to be on the brink of giving up Monday after two top advisers suggested he leave and Washington officials prepared for an Egypt without him.

Newly named Vice President Omar Suleiman and Defense Minister Mohamed Tantawi "raised with [Mubarak] the idea that he should leave," the newspaper said.

A diplomatic cable recently released by WikiLeaks described Suleiman, Egypt's 75-year-old intelligence chief until his vice presidential appointment Saturday, as avidly opposed to radicalism -- especially in Gaza, Iran and Sudan -- and in favor of close relations with Washington.

Israel called on the United States and European countries Monday to curb their criticism of Mubarak to preserve stability in the region, Haaretz said.

"The Americans and the Europeans are being pulled along by public opinion and aren't considering their general interests," a senior Israeli government official said.

"Even if they are critical of Mubarak, they have to make their friends feel they are not alone. Jordan and Saudi Arabia see the reactions in the West, everyone is abandoning Mubarak and this will have serious implications," the official warned.

On Sunday, U.S. Secretary of State Hillary Clinton called for "an orderly transition" to a "real democracy" but stopped short of calling for Mubarak to step down.

World News // 4 minutes ago
WikiLeaks founder Julian Assange wins legal victory in bid to avoid extradition to U.S.
Jan. 24 (UPI) -- WikiLeaks founder Julian Assange won a legal victory on Monday in his bid to avoid being sent to the United States to face espionage charges, as a top British court ruled that he can appeal extradition.

World News // 32 minutes ago
Gov't soldiers detain president in Burkina Faso after unrest over terrorist groups
Jan. 24 (UPI) -- Troops have detained Burkina Faso President Roch Marc Christian Kabore and his whereabouts were not known on Monday after gunfire was heard in military camps in the West Africa country the day before. 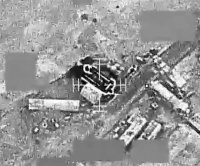 World News // 21 hours ago
French adventurer, 75, dies while rowing across Atlantic Ocean
Jan. 23 (UPI) -- Jean-Jacques Savin had activated two beacons on Friday to alert his team that he was experiencing "great difficulty" before losing contact with them.