The destroyer Choi Young and the Samho Jewelry, an 11,500-ton vessel carrying chemicals, are expected to arrive in Salalah, Oman, next week, South Korea's Yonhap News Agency reported. The five prisoners are under guard on the Choi Young, while the bodies of eight pirates killed in the operation are in a refrigerator.

Several commandos remained on board the Samho Jewelry to ensure its safety.

None of the commandos or the 21 crewmembers on the Samho Jewelry were killed, although the captain of the cargo vessel was wounded in the raid Friday.

South Korean authorities are trying to determine where the pirates should be tried. 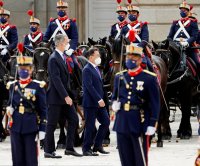 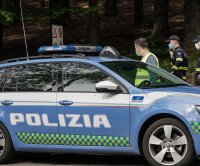 World News // 17 hours ago
Racist attack of South Korean man in Italy draws outrage back home
June 16 (UPI) -- The South Korean Embassy in Italy confirmed that a Korean national in his 60s was targeted with racial slurs and beaten by a group of Italian teens in Tuscany.

World News // 18 hours ago
Death of Mao Zedong's son during Korean War comes under scrutiny
June 16 (UPI) -- The history of the son of former Chinese leader Mao Zedong is being rewritten under Xi Jinping, according to a recent press report.

World News // 18 hours ago
Shirly Pinto, Israel's first deaf lawmaker, sworn in by sign language
June 16 (UPI) -- Shirly Pinto on Wednesday became the first deaf member of the Israeli Knesset when she was sworn in by Prime Minister Naftali Bennett. 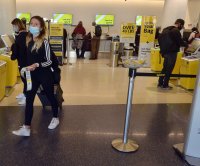 World News // 19 hours ago
EU diplomats favor adding U.S., several other nations to safe travel list
June 16 (UPI) -- Diplomats in the European Union on Wednesday recommended that the 27-member alliance update its COVID-19 safe travel list to include visitors from the United States, a move that's expected to take effect later this week.