BEIJING, Jan. 5 (UPI) -- A Beijing security guard has been convicted in what may be China's first prosecution of a sexual assault on a man, a court said.

The guard, 42, was working at the Haosha Sports Center in the Chaoyang district, court spokesman Wang Liying told the China Daily Tuesday.

Late on the night of May 9, the guard raped the 18-year-old victim in their dormitory. The victim called police, who detained the perpetrator the next day.

The case was tried in a private session to preserve the victim's privacy.

In September, the guard was convicted of intentional injury, sentenced to one year in prison and ordered to pay 20,000 yuan ($3,026) in compensation.

Rape is defined in Chinese law as forcing a female to engage in sexual intercourse against her will, so the case did not qualify. A lawyer said a rape conviction would have meant at least three years in prison.

China University law professor Hong Daode said the law should be changed to include male rape.

Although the guard was convicted of intentional injury, he is probably the first Chinese sentenced for sexually assaulting a man, the Mirror Evening News of Beijing reported. 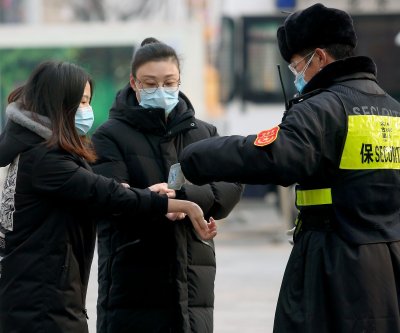 World News // 7 hours ago
Lesotho PM Thomas Thabane seeks immunity in death of former wife
Feb. 24 (UPI) -- A magistrate ruled Monday that Lesotho's Prime Minister Thomas Thabane will not be charged with the 2017 murder of his former wife until a constitutional question is settled after his lawyers sought immunity. 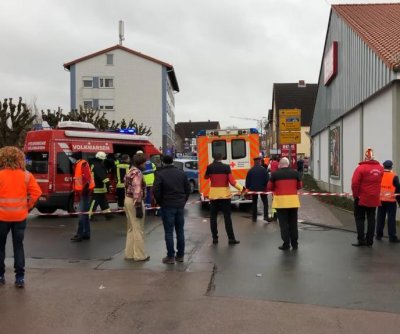 World News // 9 hours ago
At least 30 injured when man drives into crowd at German carnival
Feb. 24 (UPI) -- A man drove a car into a crowd of people during a carnival celebration in central Germany Monday, injuring at least 30 people, local authorities said.

World News // 14 hours ago
Attorney says Assange broke law, should be sent to U.S.
Feb. 24 (UPI) -- Attorneys calling the extradition of Julian Assange to the United States said at a hearing Monday the WikiLeaks co-founder should not be allowed to hide behind journalism to break the law.

World News // 14 hours ago
Trump wraps 1st day of India trip after jubilant party, visit to Taj Mahal
Feb. 24 (UPI) -- U.S. President Donald Trump on Monday concluded first portion of a 36-hour trip to India, which was highlighted by large and jubilant rally at which he promised the United States will remain a loyal ally.