CHRISTCHURCH, New Zealand, Dec. 26 (UPI) -- A state of emergency was in place Sunday after an earthquake and more than 15 aftershocks rocked the eastern New Zealand city of Christchurch, officials said.

Meteorologists said the earthquake was centered 9 miles down and had a magnitude of 4.9 on the Richter scale. It began at 10:30 a.m. and caused structural damage to at least 20 buildings, NZTV reported.

Some of the aftershocks equaled the earthquake's magnitude, the broadcaster said.

Electricity was knocked out initially, but was restored within hours, the report said.

Christchurch was hit by a major 7.1 magnitude earthquake Sept. 4 and damage from the weekend quake made matters worse for many weakened buildings, the broadcaster said.

Police initially cordoned off the downtown core, but most of the roadblocks had been lifted by midday, a release said. 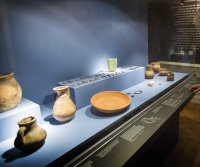 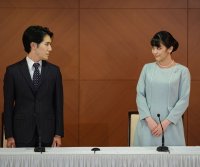