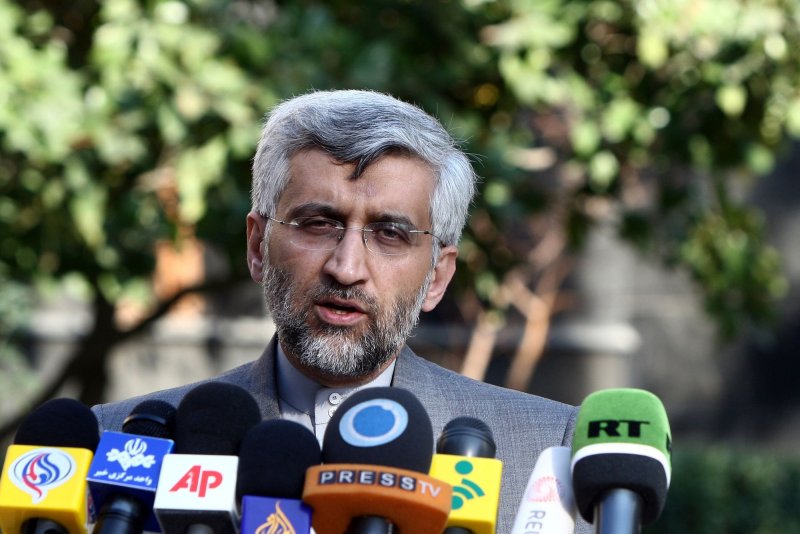 TEHRAN, Dec. 8 (UPI) -- Iran has arrested suspects with links to the Mossad, CIA and MI6 in the slaying of a nuclear scientist and plotting more attacks, an Iranian official alleges.

"The three spy agencies of Mossad, CIA and MI6 played a role in these attacks," the Fars news agency quoted Intelligence Minister Heidar Moslehi as saying regarding the recent attack on two nuclear scientists in Tehran. The Mossad is Israel's intelligence arm, while the CIA is a U.S. intelligence agency and MI6 is Britain's international spy agency.

His accusations came amid reports in the London-based al-Sharq-al-Awsat quoting an Iranian source as saying Israel's Mossad had attempted to assassinate President Mahmoud Ahmadinejad during his recent visit to Lebanon.

The source said the Mossad had used Iranian opposition elements, some of whom reside in Syria and Iraq, to carry out the assassination, Ynetnews.com said.

Last week, bombs placed on the cars of two Iranian nuclear scientists in Tehran exploded as they headed for work at Shahid Beheshti University. Majid Shahriari was killed in the blast, and Fereydoun Abbasi and his wife suffered minor injuries.

Iranian officials did not elaborate on the number of people arrested but hinted more arrests were possible, the news agency said.

"The members of this team have been trained in a neighboring country and based on their confessions, they planned to carry out other assassinations," Tehran prosecutor Abbas Jafari Dolatabadi said at a press conference this week.

World News // 17 hours ago
Quote from Beijing official on '5 years' of COVID-19 restrictions causes stir
June 27 (UPI) -- Residents of Beijing reacted with confusion and alarm Monday when a top Communist Party official was quoted in official media saying strict COVID-19 policies could be in place for five years.

World News // 22 hours ago
WNBA's Brittany Griner appears briefly in Russian court
June 27 (UPI) -- WNBA star Brittney Griner appeared briefly during a closed-door preliminary hearing with a new appearance set for July 1 but no other movement in her case since being initially detained on Feb. 17.

World News // 19 hours ago
Ancient Israeli mosaic returns home after years touring the world
June 27 (UPI) -- An ancient mosaic discovered in Israel more than 25 years ago, is now back in that country and went on display Monday after years spent touring prestigious museums around the world.

World News // 22 hours ago
Zelensky tells G7 leaders Ukraine needs help to end Russia war by year's end
June 27 (UPI) -- Ukrainian President Volodymyr Zelensky called on G7 leaders to make a major push to end Russia's invasion of Ukraine by the end of the year in a virtual address at the group's meeting on Monday.