Jail, not bail, for WikiLeaks founder

Media surround a police van containing WikiLeaks chief Julian Assange after a bail hearing at Westminster magistrates court in London on December 7, 2010. Assange was denied bail by a British court after he was arrested on accusations of sex crimes in Sweden. Assange is fighting extradition. UPI/Hugo Philpott | License Photo

Assange, who surrendered to British police Monday, told the court he intended to fight his extradition to Sweden, The Guardian reported.

His arrest concerns allegations of sexual assault, a matter separate from the international furor created when his whistle-blower Web site release more than 250,000 confidential U.S. State Department cables for publication by five newspapers, including The Guardian.

Asked by the court whether he understood he could agree to be extradited to Sweden, where he faces allegations of rape, molestation and unlawful coercion involving two women, Assange said, "I understand that and I do not consent."

Another hearing is scheduled for Dec. 14.

Sweden issued the warrant so authorities could question Assange about the charges, made by two women who accuse the WikiLeaks founder of assaulting them during the summer. He has not been charged.

Assange has denied the allegations, saying they're part of a smear campaign arising from the release of the communiques by WikiLeaks. He and his lawyers also claim the accusations arise from a "dispute over consensual but unprotected sex." Swedish prosecutor Marianne Ny has rejected the claims.

"(These are) serious allegations against someone who has comparatively weak community ties in this country and the means and ability to abscond," Riddle said.

"Let down by the UK justice system's bizarre decision to refuse bail to Julian Assange," a post on WikiLeaks' Twitter page said.

Assange's lawyer, Mark Stephens, called the arrest a "political stunt," saying his client wants to learn about the allegations so he can clear his name, Sky News said.

Attempts to extradite Assange will be fought "mainly on the grounds that he may be handed over to the Americans." Stephens said.

WikiLeaks has been under intense pressure from the United States and its allies since it started posting the latest round of documents Nov. 28.

Assange has threatened to release many more diplomatic cables if legal action is taken against him or his organization, the Times said.

"Over 100,000 people" were given the entire archive of 251,287 cables in encrypted form, Assange told The Guardian last week. "If something happens to us, the key parts will be released automatically."

World News // 3 hours ago
Canada expands travel restrictions to 3 African nations over Omicron
Dec. 1 (UPI) -- Canada has expanded its list of countries it is restricting travel from due to the new Omicron variant of COVID-19 to Nigeria, Malawi and Egypt, increasing the number of nations affected by the ban to 10. 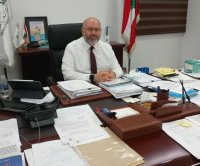