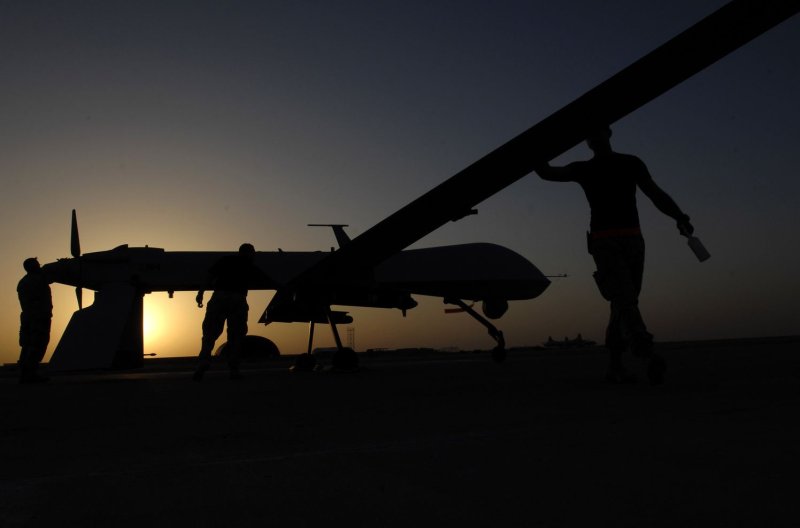 ISLAMABAD, Pakistan, Nov. 30 (UPI) -- A Pakistani man is demanding the United States pay him $500 million dollars in damages within two weeks for the death of his teenage son and his brother.

Journalist Kareem Khan of North Waziristan attributed the deaths to a U.S. drone strike on his home and threatened to file suit against the CIA in Pakistani courts if he is not compensated, The Washington Post reported Tuesday.

Khan said his relatives and another man killed in the missile strike in the town of Mir Ali were not connected to the Taliban or al-Qaida militants.

His attorney, Mirza Shahzad Akbar, provided the Post with blurred photographs of deceased men he said were Khan's brother and son.

Khan said he was in Islamabad at the time of the drone attack but did not say exactly when it occurred.

Drone strikes carried out in the tribal areas of Pakistan are highly controversial, neither the United States nor Pakistan acknowledges the clandestine program.

World News // 7 hours ago
With 6 weeks to go, hurricane season may be all but over
While the Atlantic hurricane season does not officially end until Nov. 30, AccuWeather forecasters believe that the odds of any additional tropical storm formation in the near future are low.

World News // 9 hours ago
Russia says it blocked U.S. warship from entering its waters
Oct. 15 (UPI) -- The Russian Defense Ministry said it chased off a U.S. Navy destroyer about to violate the country's border near the Sea of Japan during joint Moscow-Beijing military drills.