Pope Benedict XVI affirms in a newly released book homosexuality is something that can never be "morally just." (UPI Photo/Daniel Bar-On/Pool) | License Photo

VATICAN CITY, Nov. 24 (UPI) -- Pope Benedict XVI affirms in a newly released book homosexuality is something that can never be "morally just."

In "Light of the World: The Pope, the Church and the Signs of the Times," the pontiff tells German writer Peter Seewald homosexuality is a great trial with which a person may be faced, the Italian news agency ANSA reported.

However, the pope said being gay "remains something that is against the nature that God originally willed."

In the 18-chapter book released Tuesday, Seewald asked the pope 90 questions, a number dealing with homosexuality.

Benedict stressed priests cannot be gay, adding that great care must be taken to ensure priestly celibacy "is not identified with a tendency towards homosexuality.

In an excerpt of the book reported earlier the pope said condoms might be justified in certain rare cases to prevent the spread of disease. 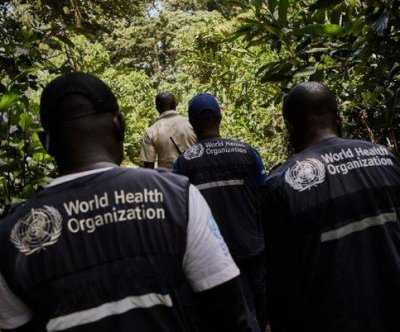 World News // 21 hours ago
WHO chief hopes to keep 'generous' U.S. aid after Trump pullout
June 1 (UPI) -- The head of the World Health Organization on Monday praised U.S. contributions to global health and said he hopes there will be more after President Donald Trump's pledge to pull support.