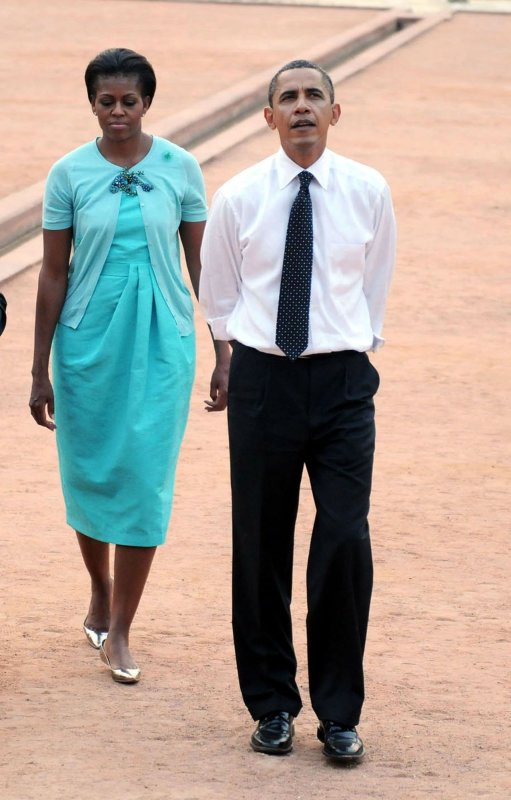 After a visit to the country's national mosque, the president and his entourage were driven to the indoor stadium at the University of Indonesia festooned with alternating U.S. and Indonesian flags and packed with about 6,500 people, who roared with appreciation when he appeared on stage.

"We had a couple of false starts this year but I was determined to visit a country that's meant so much to me,'' Obama said, referring to his having to reschedule previously announced visits. He promised to return for a summit next year.

The president said he still remembers the shouts of street vendors he heard as a youth, eliciting laughter from the audience when he called out "Satay! Baso!"

He told how his family lived in a small house in Menteng Dalam with a mango tree out front.

"I learned to love Indonesia while flying kites, running along paddy fields, catching dragonflies, and buying satay and baso from the street vendors," Obama said. "Most of all, I remember the people -- the old men and women who welcomed us with smiles; the children who made a foreigner feel like a neighbor; and the teachers who helped me learn about the wider world."

The crowd grew quiet when Obama turned to more serious matters, speaking to the years of "mistrust" between nations.

"We can choose to be defined by our differences, and give in to a future of suspicion and mistrust. Or we can choose to do the hard work of forging common ground, and commit ourselves to the steady pursuit of progress," he said. "And I can promise you -- no matter what setbacks may come, the United States is committed to human progress. That is who we are. That is what we have done. That is what we will do."

Obama clearly enjoyed his visit to the land where he spent several years as a child, sprinkling words in Bahasa in his speech, and the people responded with screams of delight when he walked into the audience afterward.

During a joint news conference with Indonesian President Susilo Bambang Yudhoyono on Tuesday, Obama said he wanted the partnership to include an expansion of trade, investment and commercial relationships, broadened educational and environment-related partnerships and deeper political and security operations.

"These are the pillars of the new partnership," Obama said. "Our two nations have only begun to forge (these) partnerships."

The next stop of Obama's 10-day Asia tour is Seoul where he will attend the Group of 20 conference.