THE HAGUE, Netherlands, Oct. 26 (UPI) -- The International Criminal Court has asked Kenya to arrest the President of Sudan, Omar al-Bashir, if he makes an expected visit to Kenya on Oct. 30.

An ICC warrant for the arrest of al-Bashir was issued in March 2009 for five counts of crimes against humanity and two counts of war crimes, an ICC release said Tuesday.

A second warrant was issued in July of this year for three counts of genocide, the ICC said.

ICC judges said they had been informed al-Bashir might travel to Kenya for an Inter-governmental Authority for Development summit Oct. 30.

In the event that he travels to Kenya, the ICC said, he should be arrested and surrendered to the Court in accordance with Kenya's obligations as a State Party to the Rome Statute since June 2005.

World News // 5 hours ago
South Korea man acquitted of martial law charges
Jan. 28 (UPI) -- A South Korean man who was once imprisoned for criticizing dictator Park Chung Hee was found not guilty, according to a local press report. 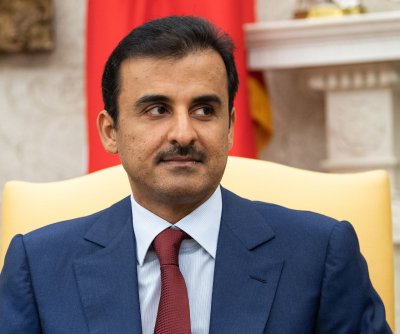 World News // 8 hours ago
Report: Japan's Shinzo Abe under pressure for China summit
Jan. 28 (UPI) -- Opposition is growing in Japan against Chinese President Xi Jinping, who is expected to hold a rare summit with Prime Minister Shinzo Abe in the spring.

World News // 9 hours ago
North Korea in emergency mode amid coronavirus outbreak
Jan. 28 (UPI) -- North Korea has declared a national emergency in response to the outbreak of the deadly coronavirus in neighboring China, where the death toll climbed to 106 on Tuesday.