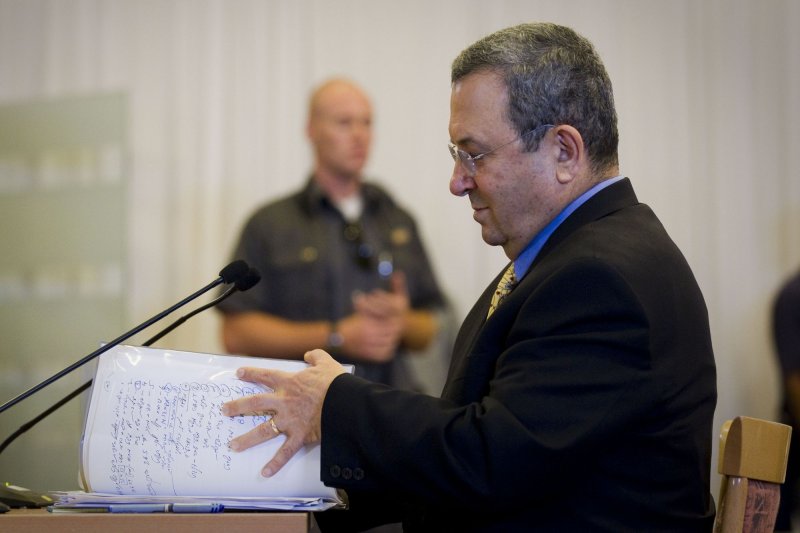 In the framework of a peace deal with the Palestinians, Israel is willing to partition Jerusalem, Defense Minister Ehud Barak said. UPI/Bernat Armangue/Pool | License Photo

JERUSALEM, Sept. 1 (UPI) -- In the framework of a peace deal with the Palestinians, Israel is willing to partition Jerusalem, Defense Minister Ehud Barak said.

In an interview with Haaretz newspaper Wednesday, Barak said while the gaps remain wide and are of a "fundamental nature," he believes there is a real chance to achieve peace with the Palestinians, based on a two-state solution and the division of Jerusalem.

"I'm not saying that there is a certainty for success, but there is a chance. This chance must be exploited to the fullest," he told the newspaper.

"West Jerusalem and 12 Jewish neighborhoods that are home to 200,000 residents will be ours. The Arab neighborhoods in which close to a quarter million Palestinians live will be theirs. There will be a special regime in place along with agreed upon arrangements in the Old City, the Mount of Olives and the City of David."

The conclusion of talks he said must achieve two states for two nations, an end to the conflict and the end of all future demands. The demarcation of a border that will run inside Israel where a solid Jewish majority will remain for generations, and on the other side a demilitarized Palestinian state, he said. Comprehensive security arrangements must also be made, he added.

The future Palestinian state must be viable politically, economically and territorially, he said.

All the settlement blocs will remain in Israel's hands and isolated settlements will be relocated into the larger blocs or inside Israel, he said.

World News // 5 hours ago
EU regulator recommends Paxlovid COVID-19 pill for at-risk adults
Jan. 27 (UPI) -- The European Medicines Agency on Thursday recommended Pfizer's Paxlovid antiviral COVID-19 pill for treatment in adults who do not require supplemental oxygen and who are at increased risk of severe disease.

World News // 15 hours ago
Greenpeace fears 100,000 'ghost flights' in Europe this winter will cause major climate damage
Jan. 27 (UPI) -- Environmental advocates are expressing concern about a tactic that some airlines are taking this winter in order to keep their airport permits -- "ghost flights," which are flights that carry few or no passengers.