SEOUL, June 14 (UPI) -- South Korea said Monday North Korea has violated the declaration they reached a decade ago by pursuing its nuclear weapons and testing program.

Unification Ministry spokesman Chun Hae-sung said while Seoul remains willing to try to resolve reunification issues between the two countries through dialogue, the sinking of the South Korean naval ship Cheonan and Pyongyang's bellicose rhetoric demonstrates "North Korea has not changed from 10 years ago," Yonhap reported

"We believe it's actually North Korea that has breached the spirits of the joint declaration, through its nuclear weapons development, nuclear tests, severance of inter-Korean dialogue and the Cheonan sinking," the South Korean news agency quoted Chun as saying. "If North Korea wants to improve the inter-Korean relations, it would have to take some acceptable steps, including apologizing for attacking the Cheonan and punishing responsible individuals, or abandoning nuclear weapons development."

The North denies any involvement in the March sinking of the Cheonan, which took the lives of 46 South Korean sailors.

Tuesday marks the 10th anniversary of the signing of the joint declaration, which set forth a road map to develop inter-Korean relations with a goal of peaceful reunification.

For its part, North Korea has charged Seoul with "wantonly violating" the declaration by enacting punitive measures against the North in the wake of the Cheonan sinking. Pyongyang said Seoul was taking a "hideous criminal act of totally denying and scrapping" the document.

World News // 12 minutes ago
South Korean presidential contender egged in face during market visit
March 5 (UPI) -- A South Korean politician widely believed to be a contender for the presidency in 2022 was egged in the face on Friday, during a visit to the city of Chuncheon. 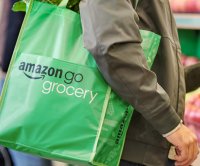