The British soldier also was killed in Helmand province, the BBC reported.

Taliban spokesman Yousuf Ahmadi said Taliban fighters used a rocket-propelled grenade to shoot down the helicopter in the Sangin district.

So far this month, 29 members of the NATO force in Afghanistan have been killed, CNN reported.

World News // 1 hour ago
New tropical storm in central Atlantic grabs the name Wilfred
Hot on the heels of the latest tropical depression in the Gulf of Mexico, yet another disturbance AccuWeather meteorologists have been monitoring since it cruised across Africa has become Tropical Storm Wilfred.

World News // 3 hours ago
Amal Clooney quits as British media envoy over plan to break EU treaty
Sept. 18 (UPI) -- Human rights lawyer Amal Clooney on Friday resigned her role as Britain's envoy on media freedom in response to the country's plan to break part of its Brexit agreement with the European Union.

World News // 4 hours ago
South Korea trade official in the running for top WTO position
Sept. 18 (UPI) -- South Korea's minister for trade has advanced to the second round of elections in the World Trade Organization's search for its next chief. 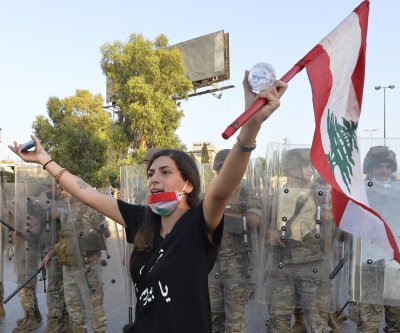 World News // 6 hours ago
Struggling South Korea theme park in limelight after BTS performance
Sept. 18 (UPI) -- The rising popularity of South Korean entertainment overseas is boosting hopes that groups like BTS will have a multiplier effect on the local economy.