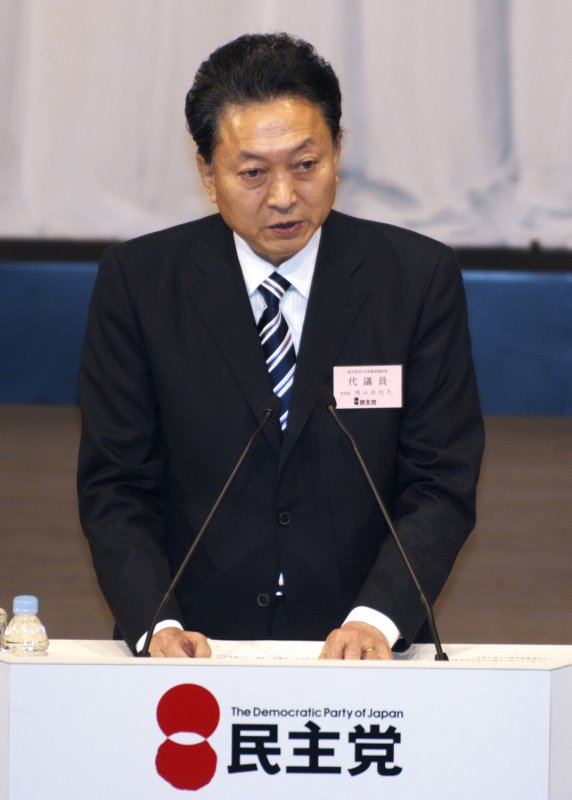 The Japan Times said Friday while prosecutors maintain a portion of the $14 million Hatoyama's mother donated to his fund management body was disguised as donations from other individuals, Hotoyama is adamant he was not involved in the scandal.

"I swear by the gods of heaven and Earth that I did not know (about the donations). If there are any facts that prove otherwise, I am not eligible to wear the badge" of a Lower House member, the prime minister said Thursday.

In response to the allegations about the donations given between 2002 and 2008, Hatoyama agreed to pay nearly $5.6 million in gift taxes.

The allegations also resulted in two former secretaries of the Japanese official being arrested, the Times said.

The Mainichi Daily News said Hotoyama's comments came during a House of Representatives Budget Committee session that involved members of both Hatoyama's Democratic Party of Japan and the opposition Liberal Democratic Party.