Witnesses said Egyptian soldiers came under fire when they started shooting in response to being attacked with rocks, the Israeli news Web site said.

The convoy's 59 vehicles were not allowed to cross, so the 500 activists accompanying the convoy unloaded the supplies and carried them across the border, Press TV said.

The aid shipment reached its destination a day after more than 55 activists and a dozen members of government security forces were injured in clashes. More than 60 convoy members were arrested, Press TV said.

In another development, a Palestinian resistance group Wednesday vowed payback against Israel for this week's airstrike that killed one of its senior members.

The Popular Resistance Committees said through a spokesman that it would "not sit idle" and that the attack was proof of Israel's alleged plans to ratchet up its aggression against Palestinians.

Sources in Gaza told Ynetnews.com there had been increasing fears of cross-border violence recently as negotiations on a prisoner exchange between Israel and Hamas bogged down.

The Jerusalem Post reported the attack was aimed at the armed wing of the PRC, which operates out of Gaza and is considered a terrorist gang by Israel.

A regional PRC commander identified as Jihad Smyre, was killed in the strike. Four others were wounded.

The Israeli military said the airstrike was intended to foil an imminent rocket attack. 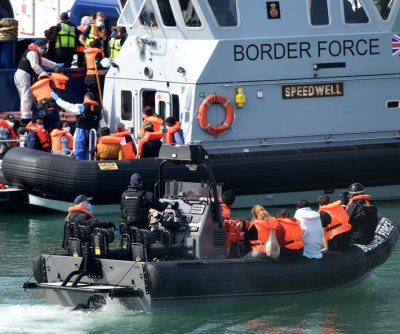