"I laid out a very simple principle, which is this is a healthcare bill, not an abortion bill," Obama told ABC News in an interview. "And we're not looking to change what is the principle that has been in place for a very long time, which is federal dollars are not used to subsidize abortions."

Obama acknowledged "there are strong feelings on both sides" about an amendment adopted by the House Saturday that abortion rights advocates say would jeopardize women's access to legal abortions. He said "there needs to be some more work before we get to the point where we're not changing the status quo."

The measure approved by the House would bar the use of federal funding for insurance that covers elective abortions. The provision would apply to insurance policies purchased with federal subsidies the health legislation would create to help low- and middle-income people, and to policies sold by a government-run insurance plan.

Conservative Democrats sought language on abortion funding in exchange for their support of the reform legislation. Both sides credited the provision's success to vigorous lobbying by Roman Catholic bishops, The New York Times reported Monday.

Anti-abortion groups, buoyed by the House vote say they will pressure the Senate to adopt similar language when it takes up healthcare reform.

"We think that providing healthcare is itself a pro-life thing, and we think that, by and large, providing better health coverage to women could reduce abortions," Richard M. Doerflinger, spokesman for the anti-abortion division of the United States Conference of Catholic Bishops, told the Times.

Abortion rights advocates said the provision threatened women's access to abortion because insurers could drop coverage for the procedure to sell policies in an expanded market of people receiving subsidies. The subsidized market would loom large because anyone earning less than $88,000 for a family of four would be eligible for a subsidy under the House bill, the Times said.

Women who received subsidies or public insurance could still pay out of pocket or buy insurance riders to cover abortion.

"This is going to make it that much more challenging on the Senate side," Nancy Keenan, president of NARAL Pro-Choice America, said.

World News // 9 hours ago
COVID-19 worldwide deaths decline 12%, cases 4% in past week
May 16 (UPI) -- Coronavirus deaths and cases are stabilizing throughout the world with the exception of India where nearly 27,000 people have died and 2.7 million more become became infected. 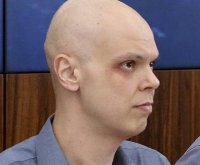 World News // 7 hours ago
Two dead, more than 100 hurt in bleachers' collapse at Israeli synagogue
May 16 (UPI) -- At least two people were killed and 167 were injured after bleachers collapsed at a crowded synagogue in the town of Givat Ze'ev on Sunday.

World News // 13 hours ago
Coronavirus surging in India with 400,000 daily cases, 4,000 deaths
May 9 (UPI) -- Coronavirus is continuing to surge in India as daily cases surpassed 400,000 on May 9 for the fourth day in a row and deaths were above 4,000 for back-to-back days in the nation as the pandemic is subsiding elsewhere in the aftermath of restrictions and ramped-up vaccines.