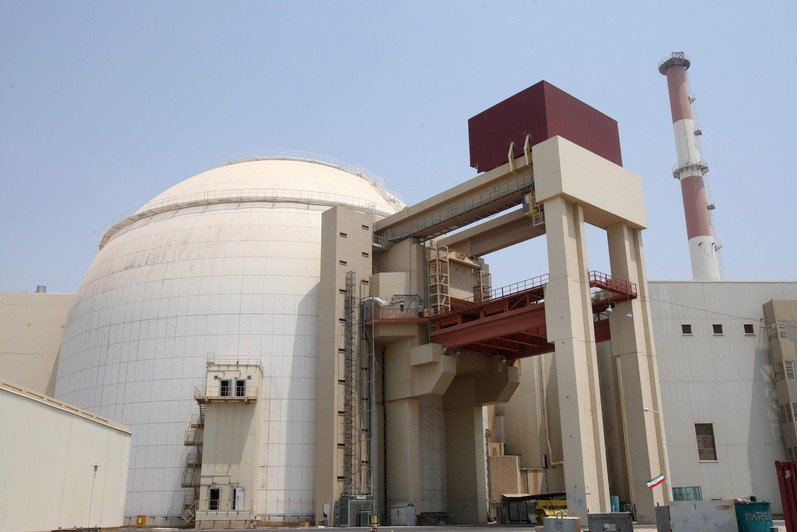 Jan. 25 (UPI) -- As the country with the second-largest gas and fourth-largest oil reserves in the world, Iran is a crumbling ruin, the legacy of 42 years of Islamic fundamentalism.

The theocratic dictatorship ruling Iran has been a disaster for its 80 million mainly young citizens, the majority of whom have known no other government. Young Iranians are predominantly secular and non-religious, but they are tech-savvy and envious of the freedoms they recognize in the West.

Yet they are chained to the diktats of a fascist, clerical regime, led by the supreme leader Ayatollah Ali Khamenei, who believes he is God's representative on earth and wields ultimate power over the nation. Khamenei presides over a pyramid of corruption. The Islamic Revolutionary Guards Corps, the regime's Gestapo, answers directly to him and controls most of the economy, including all of Iran's monetary and financial institutions.

On Feb. 28, 1979, immediately following the revolution, the regime established the Foundation of the Underprivileged. Some 28 private banks and heavy industries covering steel, aluminum and vehicles were all confiscated by the state, together with the properties of all of the biggest businesses, which were the backbone of the Iranian economy. All were nationalized and handed over to the foundation, which was wholly controlled by then-supreme leader Ayatollah Ruhollah Khomeini.

This foundation has a net worth of billions of dollars. It gets its funding directly from the government, it pays no tax and has no accountability on how it spends its money. The IRGC has a tight grip on this foundation, which also runs construction companies and missile factories and is largely responsible for Iran's ongoing nuclear program.

As the inheritor of this vast wealth, Ali Khamenei is desperately trying to shore up his position. Sanctions imposed by the U.S. government's "maximum pressure" campaign have crippled the Iranian economy, limiting the mullahs' ability to exploit their oil and gas resources and to fund their aggressive meddling in the Middle East.

Khamenei has coveted the top-secret project to develop a nuclear bomb for decades and was dismayed when its existence was revealed to the West in 2002 by the Mojahedin e-Khalq, the main opposition movement. But the nuclear deal, or Joint Comprehensive Plan of Action, signed by U.S. President Barack Obama in 2015 was deeply flawed. It prevented inspectors from the International Atomic Energy Agency from inspecting military sites in Iran, where, of course, all of the secret nuclear weapons production was -- and still is -- underway.

President Donald Trump unilaterally withdrew America from the deal and the mullahs have openly boasted how they have accelerated their uranium enrichment program to 20% purity, in blatant breach of the Obama deal, which capped purity at 3.67%. The move takes Iran a step closer to producing weapons-grade uranium.

Meanwhile, as the coronavirus pandemic sweeps across Iran unchecked, with an estimated death toll in excess of 205,000, Iran's descent into economic chaos continues. With rocketing unemployment, spiraling inflation and a collapsing currency, the beleaguered citizens are crying out for help. People are selling their organs, kidneys and bone marrow to try to avoid starvation.

Some 20,000 people are sleeping rough in Tehran alone, of which 5,000 are women. But while Iran sits on an ocean of oil and gas, the clerical regime's plundering policies and rank incompetence have resulted in power outages, afflicting the Iranian people with enormous suffering during the coldest months of the year.

President Hassan Rouhani has outrageously claimed that the Iranian public is "faced with famine due to the coronavirus outbreak" and is "shedding tears of joy" from the services the regime is providing. But in a determined snub to the West, he has rejected offers of COVID-19 vaccine supplies from World Health Organization-approved Pfizer and Moderna laboratories and informed the Iranian public that they will receive another vaccine by the summer from an unidentified third country.

The blatant corruption, repression and economic incompetence has led to a groundswell of protest with nationwide demonstrations and strikes and demands for regime change. In blind panic, the mullahs have, as usual, deployed the IRGC to crack down mercilessly on the protesters and strikers, murdering hundreds and arresting thousands. There has been an ongoing wave of torture and executions of political prisoners in an attempt to shock the population into submission. In an explosive report on Wednesday, Amnesty International said international action is needed to break the authorities' cycle of protest bloodshed in Iran.

Deaf to international condemnation and domestic protests, the Islamic Republic has continued its policy of aggressive military expansionism across the Middle East, pouring men and resources into Bashar al-Assad's murderous civil war in Syria, the genocidal campaign against the Sunni population of neighboring Iraq, support for the Houthi rebels in Yemen and its funding of the Hezbollah terrorists in Lebanon.

The mullahs have also continued to excel in their role as international godfathers of terror, dispatching their diplomats on missions to bomb and murder hundreds in Europe. In 2018, the Iranian ambassador and first secretary were expelled from Albania for their part in a bomb plot.

Meanwhile, the verdict in the trial of Assadollah Assadi and three co-conspirators, will be delivered on Feb. 4 in a Belgian court in Antwerp. Assadi, a senior diplomat from the Iranian Embassy in Austria, was charged with handing over a 500gm bomb and detonator to three Iranian agents and instructing them to bomb a huge opposition rally attended by tens of thousands of ex-pat Iranians and dozens of Europeans and Americans at Villepinte near Paris in June 2018.

The new U.S. President Joe Biden and his Secretary of State Tony Blinken should think twice about reopening diplomatic relations with this pariah regime, or lifting sanctions in a bid to revive the moribund nuclear deal. The United States, European Union and United Nations must begin a new policy of backing the oppressed Iranian people and not their tyrannical rulers.