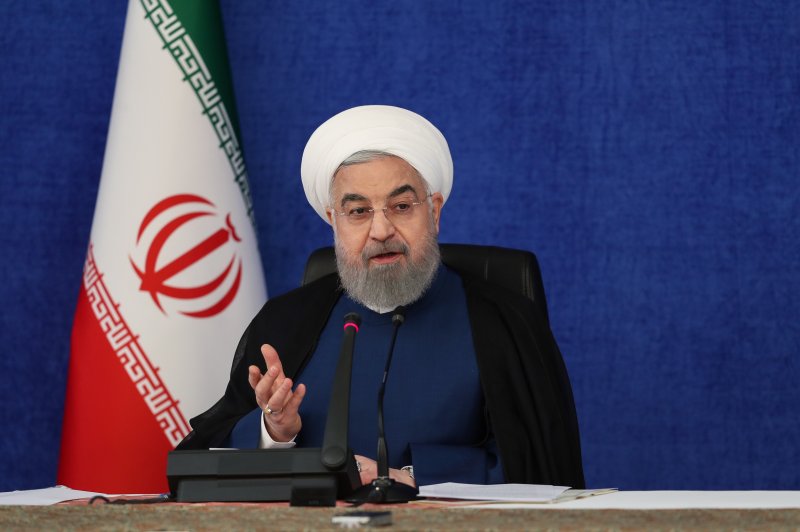 A handout photo made available by the presidential office shows, Iranian President Hassan Rouhani speaking during a cabinet meeting in Tehran, Iran, on September 20. Photo courtesy of EPA-EFE/Handout

Dec. 14 (UPI) -- The clever 'mind-games' played by the Iranian regime have been exposed more clearly than ever before.

In late November, the Iranian parliament passed a provocative bill approving the suspension of U.N. inspections on its nuclear installations and authorizing the boosting of uranium enrichment. President Hassan Rouhani, posing as the so-called "moderate" voice of reason, has made public that he told his cabinet he opposed the bill, claiming it was the work of "hardliners" who dominate parliament and favor a more confrontational approach to the West. Rouhani apparently informed his cabinet that the bill would be "harmful to diplomatic efforts aimed at restoring the 2015 nuclear deal." This is a blatant deception.

The hollowness of Rouhani's claims are plain to see. He loves to position himself as sensible and restrained, in stark contrast to the bully-boy mullahs who chant "Death to America" and "Death to Israel" in the chamber of the parliament. The Western media fall for this charade every time, portraying Rouhani as someone we can safely negotiate with.

The truth is rather different. Rouhani is no moderate. He has been part of the Iranian political establishment for decades and was hand-picked as president by the Supreme Leader Ali Khamenei, who holds the real power in Iran. Since he took office in 2013, more than 4,000 people have been executed under his jurisdiction, often in public, including many women and even people who were children at the time of their arrest. Iran is now the leading per-capita state executioner in the world.

But Rouhani has little power. It is Khamenei who has the final say on all major policies. He can overrule parliament or the president at any time and often does. Iranian leaders are past-masters at the art of deception, which is why Khamenei chose Rouhani in the first place.

Now Khamenei is panicking. President Trump's withdrawal from Obama's deeply flawed nuclear deal and the imposition of tough sanctions under his "maximum pressure" campaign, have crippled the Iranian economy, caused spiraling inflation, a collapse of the currency and triggered growing panic in the ruling elite. Their incompetent and corrupt handling of the coronavirus pandemic has seen over 185,000 people die of the disease. Khamenei's policy of aggressive Shi'ite expansionism across the Middle East has been seriously undermined. His ability to bolster Bashar al-Assad's bloody civil war in Syria, the Houthi rebels in Yemen, the terrorist Hezbollah in Lebanon and the brutal Shi'ia militias in Iraq have faltered.

There is growing unrest in Iran where popular uprisings have rocked the theocratic regime to the core. The total overthrow of the mullahs has so far only been prevented by murderous crackdowns by the Islamic Revolutionary Guards Corps (IRGC), the regime's Gestapo. The mullahs fear that the next nationwide uprising may end their four decades of oppression, corruption and misogyny. They are desperately searching for a "get out of jail" card and think that president-elect Joe Biden may be their salvation.

Grasping at straws, Khamenei has instructed Rouhani to pretend to oppose the Tehran parliament's bill ending U.N. nuclear inspections and boosting uranium enrichment, in the hope that this "mood music" will convince Joe Biden and the West to reopen negotiations and reduce sanctions, providing the dying regime with a lifeline. However, Rouhani's assertions that the bill would be "harmful" to diplomatic relations are risible.

Diplomatic relations with the West have been totally shattered by the trial in Belgium of Assadollah Assadi, a senior Iranian diplomat from their embassy in Vienna, who was filmed handing over a sophisticated 550gm (1.21lbs) bomb and €22,000 ($27,000) in cash to two Iranian/Belgian co-conspirators. These three, together with a third co-conspirator, face decades of imprisonment for plotting to bomb a mass rally of the Iranian opposition movement in Villepinte near Paris in June 2018.

Khamenei and Rouhani must both have had key roles in authorizing this terror plot, which could have caused carnage on European soil. So much for Rouhani's cherished "diplomatic relations."

Nevertheless, Joe Biden repeatedly stated during his campaign that it was his intention to re-engage in dialogue with the mullahs and to seek to restore the nuclear deal. The president-elect has nominated his longtime friend and foreign policy adviser Tony Blinken, as his secretary of state and Jake Sullivan as his national security adviser.

Both Blinken and Sullivan, who was a key architect of the Joint Comprehensive Plan of Action (JCPOA) nuclear deal, have said they favor restoring the deal, but both have emphasized that it will be subject to Iran adhering strictly to the conditions of the JCPOA and ceasing their de-stabilizing activities in the Middle East. It will not be Khamenei's intention to do either.

Intelligence sources from inside Iran have recently revealed the existence of a top-secret nuclear weaponization site in the middle of a military ballistic missile complex on the outskirts of Tehran. They revealed that work began on the complex in 2012 and the project became fully functional in 2017, dates that overlapped the implementation of the JCPOA and therefore debunk the regime's claims that their nuclear activity has always been exclusively peaceful.

If Joe Biden slackens sanctions on Iran, their progress towards the development of a nuclear weapon will accelerate and their aggressive Islamist expansionism will be revitalized.

In his book "The Prince," Niccolò Machiavelli said: "Never attempt to win by force what can be won by deception." Iran's turbaned tyrants are clearly keen scholars of Machiavelli. 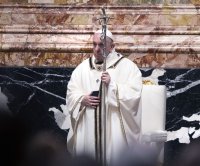 Voices // 3 days ago
Pope's visit brings attention to Iraq's dwindling Christian population
March 4 (UPI) -- Pope Francis will arrive in Iraq on Friday in a first-ever papal visit to the country that is expected to raise awareness about the challenges facing Iraqi Christians -- a majority of whom are Catholic. 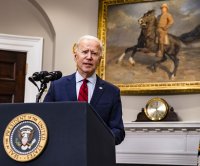 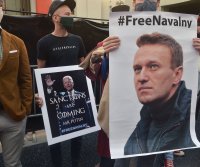 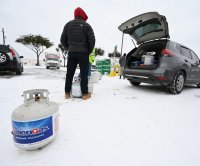