Dec. 3 (UPI) -- President Donald Trump's recent call to withdraw just over half of the 4,500 U.S. troops in Afghanistan has been condemned as an act "that would hurt our allies and delight, delight, the people who wish us harm" by members of his own party and key military leaders. The Nov. 17 announcement of troop reduction is part of a cease-fire agreement with the Taliban, but may not help deliver a lasting peace to the Afghan people.

The Taliban are a fanatical minority who seek to replace Afghanistan's fledgling democracy with harsh Islamic law. They also have close ties to al-Qaida, offering refuge to other terrorist groups and supporting terrorist campaigns against neighboring Uzbekistan and Pakistan.

The country's long-suffering people will be most affected by the pullout. Many of them rely on the U.S. military to keep the Taliban from moving out of the countryside -- much of which they control, especially in the southeast -- to take provincial capitals and the rest of the country.

According to a major Washington think tank, the withdrawal of U.S. troops could "potentially cripple" the Afghan National Army, which has seen 45,000 troops killed from 2015 to 2019. But based on my work among the Afghan tribes -- whose leaders are powerful figures who provide crucial support for the current government -- an American drawdown is also likely to proclaim U.S. weakness to Afghanistan's tribal leaders. Those important allies may switch sides to the Taliban en masse if they feel the United States is abandoning their country.

I worked with Afghan National Army troops while working on a forward operating base for the U.S. Army's Information Operations team in eastern Afghanistan. From that experience, I know they are brave and willing to make tremendous sacrifices -- including of their lives -- to defend their country. But they lack the essential training, equipment and other support that American troops provide.

When Afghan forces deploy on missions to repel insurgent offensives or retake villages, valleys or towns from the constantly probing and advancing enemy, they are transported by U.S. air crews in Black Hawk or Chinook helicopters. When they engage the Taliban in combat, U.S. Special Forces troops embedded with them fly hand-launched Raven drones that provide aerial views of the battlefield. Those U.S. troops also call in American artillery and airstrikes, which are key to the Afghan National Army's ability to succeed in battle against a determined foe.

RELATED Dozens killed in pair of suicide bombings in Afghanistan

These American "force multiplier" troops also provide their Afghan National Army allies with vital logistics support and, in a psychological sense, let their hard-fighting partners know that the American superpower has their back.

But the Army is not the only Afghan key factor the United States would weaken by pulling out.

The strategic southeast of Afghanistan that is home to the Taliban is dominated largely by ethnic Pashtun tribes, which is very different from the postmodern melting-pot societies familiar to those in the United States and Europe. These 60 tribes, or clans, have for centuries maintained -- and shifted -- the country's balance of military and political power. They are always calculating which of the rival factions or warring parties is in the strongest position and seeking to join that side.

When the Soviets withdrew their forces from Afghanistan in 1989 after 10 years of war supporting the country's communist government, tribes who had remained neutral joined the advancing mujahedeen Islamist rebels and eventually defeated the remaining government forces.

I was working in Afghanistan in 2007, the year that the George W. Bush administration kept U.S. forces in Afghanistan roughly constant around 20,000 -- but sent a far larger force to Iraq. The shift in U.S. priority pulled vital resources like drones, Special Forces troops, artillery, vehicles with additional armor protection and combat planes and helicopters out of Afghanistan.

As the Pentagon's focus shifted to Iraq, the tribes saw the United States as only weakly committed to winning the Afghan conflict. Those who had allied with the previously powerful Americans and Afghan government defected to a resurgent Taliban in order to be on the winning side.

The resulting Taliban advance on the Pashtun tribal area saw the insurgents take much of the country's second-largest city, destroy U.S.-built girls' schools and kill Afghans who had worked with Americans. The Talibans' offensive was averted only by President Barack Obama's 2009-12 troop surge, which vastly increased the number of U.S. troops in the country, to a peak of 100,000.

That commitment conveyed a message of strength to the tribes, who came back to the government's side in key strategic areas and prevented the Taliban conquest of the southeast. As U.S. and NATO troops bolstered the Afghan National Army, vast swaths of territory in the Pashtun belt and its second-largest city of Kandahar were wrested from the Taliban, who lost tens of thousands of fighters.

For the past several years, a tentative stalemate has prevailed. Many tribes are clearly watching for signs of weakness from either the Taliban or the Americans. They will interpret any retreat or sign of weak commitment from one side as a signal to join the other side.

The United States has gradually over the years reduced its troop numbers, which has hurt the country's reputation among the tribes. But so far, American forces are still numerous enough to deploy alongside Afghan troops to call in supporting artillery and airstrikes - demonstrating enough power to keep the tribes tentatively on the U.S. side.

The upcoming troop drawdown would end most, if not all, of that capacity, leaving the Afghan National Army without crucial reinforcements. The Taliban will likely claim a huge tactical victory on the battlefield and an equally important victory in the battle of perceptions. The tribes will see U.S. weakness, and may shift their support to the Taliban out of a sense of self-preservation.

The remaining number of just 2,000 U.S. troops in Texas-sized Afghanistan would no longer be able to support the Afghan National Army -- and will most likely be hard-pressed just to protect themselves.

Voices // 3 hours ago
Powerful economic forces won't let COVID-19 kill cities
Jan. 26 (UPI) -- Two scholars who study cities explain why they think urban areas will endure the COVID-19 pandemic -- even if they don't get the aid from Congress that now seems more likely. 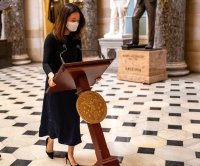 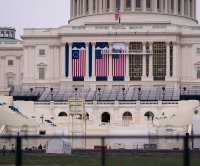