AI can tackle the climate emergency -- if developed responsibly 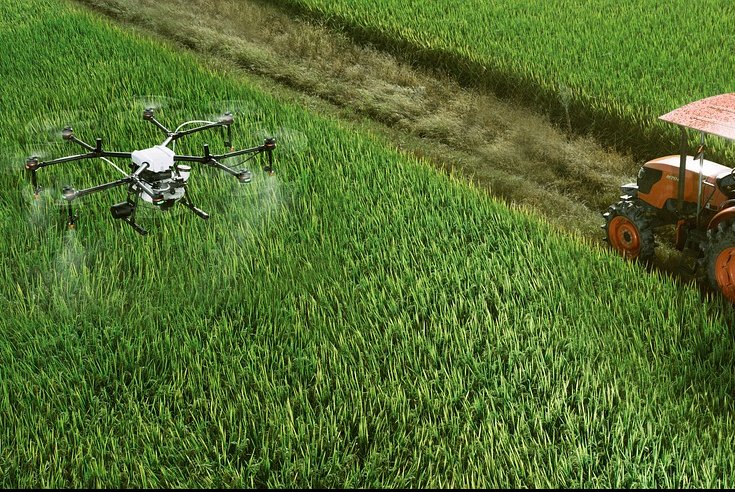 Farming is getting more technologically advanced. Photo by DJI-Agras/Pixabay

April 24 (UPI) -- Our planet is altering at a dangerous pace due to climate change. And at the same time, we seem to be entering a period of unprecedented technological transformation. Advances in robotics, artificial intelligence and Internet-connected devices are creating increasingly complex intelligent technological systems.

As pressures on the planet and its climate increase, so does the hope that these novel technologies will be able to help us detect, adapt and respond to the growing environmental crisis. There are plenty of examples of how artificial intelligence could do this.

But for that to happen, the people who make and regulate this technology need to rethink some simplistic assumptions about how AI will shape the future of our planet. It's time to start a serious discussion about how to put AI to use for both people and planet.

One of the great uses of artificial intelligence is in understanding patterns in large amounts of data. It can help us to improve our models of the climate and understand how we're affecting the planet. Combining AI with local knowledge about agriculture can help farmers produce more food by making better decisions about what techniques to use for a farm's soil and weather conditions.

Using AI to analyse data from social media and microsensors placed around cities could help us better understand how people use them, revolutionizing urban planning and helping mega-cities prepare for a turbulent climate future. AI could even help design products that can be more easily recycled by more quickly narrowing down competing designs to meet sustainability criteria.

With such potential, it's no wonder major tech companies, governments and other organizations around the world are becoming increasingly interested in the use of AI for sustainability. For example, the Indian government's think tank NITI Aayog has partnered with Microsoft to develop AI applications for small-scale farming. And China has launched a seven-year pilot program to develop automated farming technologies such as unmanned combine harvesters or robotic tractors.

If developed in a responsible way, this kind of AI could help create a prosperous future for all without adding to climate and environmental destruction. But that won't happen until the key players revise their simplistic assumptions about AI.

A key issue is the incorrect idea that the benefits of advances in data analysis and automation will trickle down automatically to those who need it the most. The digitalization of agriculture is likely to come with high investment costs and a need for developed infrastructure (such as rural Internet access) and education among its users.

This might not be a problem for big corporations and rich landowners, but could leave behind many farmers, particularly small ones in emerging economies. We've seen tensions developing between farmers in the United States and large technology companies who want to use farmers' data to create more valuable agricultural products and services.

What's more, complex ecosystems underpinning food production don't always benefit from increased efficiency and optimization of agriculture. In fact, more intensive farming could mean many environments lose their resilience to the stresses and shocks that result from environmental change.

Studies of AI in predictive policing, healthcare, facial recognition and credit ratings have shown the technology can lead to serious unintended consequences such as racial and gender discrimination, due to various forms of algorithmic bias.

This indicates that current AI technology doesn't necessarily make the best decisions about how to respond to a situation. Instead, it can end up replicating the same kind of processes that characterized past human decisions, complete with their biases.

The environment is facing a potentially very different set of circumstances to the past due to the changing climate. So applying our current predictive models based on historical data would make its forecasts and recommendations unfit for a new and turbulent ecological context.

Another significant problem for many of these technologies is that they are vulnerable to cyberattacks. Malicious software can disrupt data collection and analysis or remotely control irrigation or nutrient delivery systems with the aim of destroying crop production. And the development of AI for use in cyberattacks could make it harder to detect attacks and keep malicious software out.

The state of our planet and the potential risks and opportunities embedded in AI have until now been discussed separately. This must change. Technology giants, governments and civil society need to work with sustainability scientists to develop strong principles that guide the development of AI towards sustainability for all.

AI needs to be responsible, not only so that we understand how it makes its decisions and does so without discriminating, but also so that it doesn't make environmental issues worse. No matter how intelligent technology becomes, its impact on people and the planet will always be our responsibility.

Victor Galaz is deputy director and an associate professor at the Stockholm Resilience Center at Stockholm University. This article is republished from The Conversation under a Creative Commons license. Read the original article.