April 3 (UPI) -- The people of Wollega province in the western part of Ethiopia did not have access to the Internet from January to the end of March.

Wollega province is endowed with natural resources such as coffee, gold, platinum, coal and precious stones. It is also one of the largest provinces in Oromia region, where rebel forces such as the Oromo Liberation Front once agitated to create their own independent state. This is the rebel group responsible for the latest attacks on government forces.

The Internet and telecommunications blackout was connected to an ongoing security crackdown in the area, which has seen conflict between government forces and rebels. The chief executive officer of Internet provider Ethio-Telecom said the shutdown was a result of insecurity in the province. She apologized for the disruptions and said the company would defer to the decision of the authorities, who have announced a reconnection in western Oromia -- that is, in Kelem, west and east Wollega, and Horo Guduru Wollega.

The three-month shutdown affected the region in a number of ways.

It prevented families from communicating, severely affected humanitarian services in the region, and contributed to an information blackout. This significantly affected the human rights of citizens in Wollega province. For example, the shutdown made it difficult to locate students who were abducted from a local university in January by effectively ending an online campaign for their rescue. They have yet to be traced.

As my research shows, Internet shutdowns are not unusual in Ethiopia. Since 2016 the Internet has been shut down at least six times. In 2019 alone, Ethiopia experienced three major Internet disruptions across the country.

One was an attempt to protect the country from cyberattacks; the other was to prevent leakage of school exams over the Internet; and the third in response to high-profile assassinations in the country's Amhara region.

I have also found that Internet shutdowns are used as a tool to muzzle freedom of expression.

Over the years, the Ethiopian government has given different justifications for shutting down the Internet. Between 2016 and 2018, when former Prime Minister Hailemariam Desalegn was still in power, the Internet was shut down at least three times to control cheating during exams, for national security and to quell civil disobedience.

Similar reasons have been given by the government under Abiy Ahmed, including the need to control a palace strike.

Online connectivity is relatively new in Ethiopia. The country has one of the lowest levels of Internet penetration and use. Data from late last year show that there were just under 23 million Internet subscribers -- 20.65 percent of a the population of 115 million. Figures from last year show Kenya with an internet penetration rate of 87.2 percent, Uganda 40.4 percent.

Nonetheless, in the past few years, Ethiopia has experienced a steady growth in Internet penetration from 0.02 percent in 2000 to 22.74 percent in 2019. One of the aims of Ethiopia's second growth and transformation plan is to build a robust digital infrastructure.

Reliance on the Internet

The Internet has played a decisive role in transforming the lives of millions in Ethiopia. Private companies and mobile telecommunication rely on it to support technology-driven services. This includes essential banking services.

In the agricultural sector, the Ethiopian Commodity Exchange launched a gateway for direct online trading of agricultural products among farmers. In the transport sector, the Ride app, known as the "Ethiopian version of Uber," simplified the lives of many Ethiopians by offering affordable and accessible taxi services.

All these services rely on Internet connectivity, which is why shutdowns have immense economic impact. It's estimated that the monthlong shutdown in 2016 under Desalegn cost the country $8 million. The two-week blackout in 2019 under Abiy is estimated to have cost the country $66.87 million.

Shutting down the Internet also has a profound impact on digital rights. These have been recognized as human rights since 2012 when the United Nations Human Rights Council adopted a landmark resolution affirming that the same rights that people have offline must also be protected online.

While many conversations on digital rights tend to center around civil and political rights, Internet shutdowns also have an impact on rights to education, housing, health and even social security.

Although Abiy's administration is typically praised for human rights advancement in Ethiopia, when it comes to freedom of speech, the regime has maintained the status quo by repressing dissent offline and online.

Amid the current COVID-19 pandemic, residents in Oromia were denied access to health-related information. Situations such as these prove that Internet shutdowns cannot be the go-to solution to solve political crises. And that where they are necessary, the process of shutdown and restoration should be lawful and transparent.

Ethiopia does not have comprehensive Internet regulatory laws and this must be addressed urgently. If and when those laws are passed, they must be fair, precise and unambiguous.

The government should stipulate compensation provisions for the Internet subscribers who were affected by this latest shutdown and should issue a public apology. Moreover, it must pay attention to the U.N. Human Rights Council Resolution of 2016 urging states to observe online rights as human rights.

Yohannes Eneyew Ayalew is a PhD candidate at Monash University. This article is republished from The Conversation under a Creative Commons license. Read the original article.

Voices // 3 days ago
Vaccination and coronavirus: Public good clashes with choice, freedom
May 22 (UPI) -- With scientists striving for a viable coronavirus vaccine, do calls for freedom of choice and anti-vaccination sentiments represent a worrying omen?

Voices // 4 days ago
U.S. seeks to change the rules for mining the moon
May 21 (UPI) -- I interest in developing space -- both for mining raw materials as well as potentially relocating polluting industries off the Earth -- is growing . But the rules are not clear about who would profit. 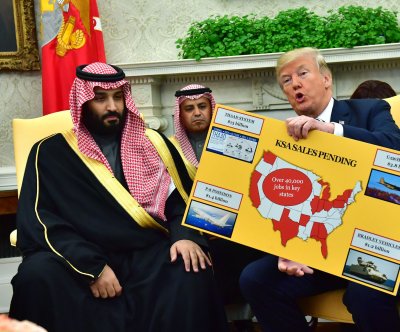 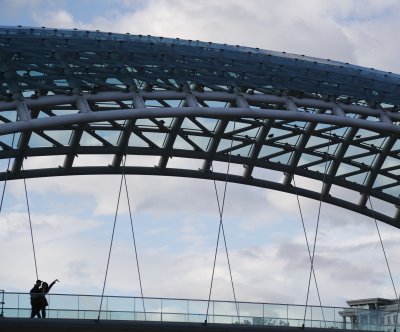 Voices // 1 week ago
Nation of Georgia punches above its weight in COVID crisis and beyond
May 14 (UPI) -- As the world battles soaring deaths and disruption due to the global pandemic, there's a small country in the Black Sea region that has so far managed the crisis exceptionally well: Georgia.

Voices // 1 week ago
Religious freedom is under threat in the courtroom
May 14 (UPI) -- There is growing concern about the unconstitutional overreach of the judiciary in religious affairs. In courtrooms around the country, activist judges are collectively eroding the right to religious freedom. 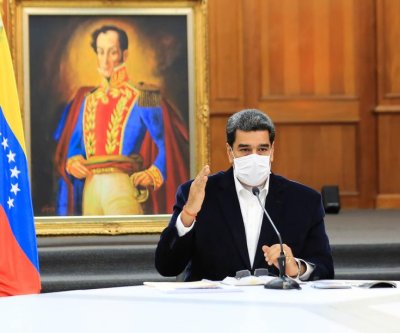 Voices // 1 week ago
No honor among thieves at head of Iran and Venezuela
May 12 (UPI) -- When the disintegrating socialist state of Venezuela, where the people are starving, starts flying planeloads of gold to the collapsing theocratic regime of Iran, the world should sit up and take notice.