America must seize the opportunity in Libya

Jan. 16 (UPI) -- As fighting continues in Libya, it is time that America and President Donald Trump unambiguously support a political solution for Libya through its Government of National Accord.

This would be a big win for the president in terms of U.S. national interest and his own re-election strategy. Importantly, it would also send a clear warning from the president for Russia and the United Arab Emirates to call off their push against Tripoli's civilian population.

A few weeks ago, a drone strike killed at least 30 young cadets at a Tripoli military college, who were committed to building a secure and prosperous future for the Libyan people. They were part of the GNA's efforts to consolidate and professionalize its military, even while under attack from Russian mercenaries and from Chinese drones operated by the UAE.

This was just the latest example of how Russian and other foreign forces are driving war crimes and instability in the region. The precision attacks on hospitals and other civilian targets have been widely and credibly reported.

Russian and European leaders show their hypocrisy when they preach cease-fires and negotiation while siding against the legitimate government, which the United Nations empowered as the only legitimate path to national reconciliation. Russian President Vladimir Putin joined Turkish President Erdogan last week in calling for a cease-fire, which Gen. Khalifa Haftar initially accepted but then refused to sign. Hundreds of Russian mercenaries with Kremlin ties remain on the ground, ready to decimate Tripoli as they did the Chechen capital of Grozny.

For the United States, this is a last chance to keep Russia from fomenting yet another permanent conflict to its advantage and our loss. If Russian forces are allowed to take Tripoli, where Libya's government and population are centered, then American efforts to stabilize Africa and secure access for U.S. oil companies will be permanently blocked. This is about to become another Syria or Yemen -- only worse, with Africa's largest oil reserves, access straight into the heart of the continent and a poorly controlled conduit for terror and genocide.

This weekend, the international parties to the conflict are meeting in Berlin to negotiate political terms for Libya's future and hopefully commit to stop interfering in Libya's national conversation. Trump can own this process and cement his international leadership by insisting that outside powers desist from intervening militarily.

With Haftar's rebuke to Putin last week, and this week's Kremlin reshuffle, it is possible the United States can regain some of the initiative and diplomatic momentum.

Secretary of State Mike Pompeo, who is leading the U.S. delegation, must assert the collective will of the international community and hold the other countries, including European Union members, to their previous pledges. Unlike France, UAE or Russia, Washington's hands are clean. While the United States has partnered with the GNA to combat terrorist cells in the region, we have not provided military support for the GNA against Haftar's militias.

Unlike Russia or France, the United States doesn't need to give military support or play favorites in order to come out ahead. This is because the GNA and the Libyan people identify their free and democratic future in partnership with America rather than under the thumb of Russia and the proteges of their former dictator Moammar Gadhafi. If the international community practices what it preaches, and helps the Libyan people take charge of their own fate, then U.S. economic and security interests will be guaranteed.

If American oil companies can expand operations in Libya, rather than losing out to French and Russian firms, this boosts the U.S. economy in an election year. Beyond America's political calendar, a secure and stable Libya will boost stability and peace in the region and reinforce NATO and the European Union's southern tier. All this can happen if the president asserts himself now and into the future.

Libya and its epic potential are ours to lose.

Brad Gerstman is a former adviser to U.S. President Donald Trump and founder of Gotham Government Relations & Communications, which is registered with the U.S. Department of Justice as a foreign agent for Libya's Government of National Accord.

Voices // 13 hours ago
Scientists have warned for decades about Australia climate risk
Jan. 22 (UPI) -- Australian scientists warned the country could face a climate change-driven bushfire crisis by 2020. It arrived on schedule.

Voices // 16 hours ago
Dear cadets Esper and Pompeo: Don't forget the honor code
It must be very difficult to reconcile having lived by the West Point honor code that "no cadet shall lie, cheat or steal or tolerate those that do" and now work for a president whose honesty and integrity are suspect.

Voices // 2 days ago
MLK's voice was shaped by heritage of black preaching
Martin Luther King Jr.'s clarion calls for justice were offspring of earlier prophetic preaching that flowered as a consequence of the racism in the U.S. 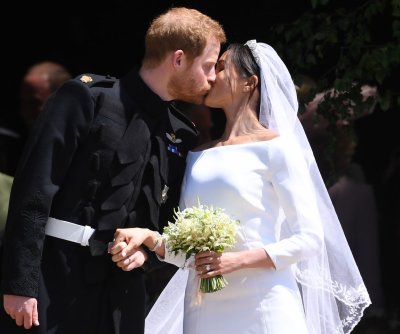