What if decades of American influence were historical aberration? 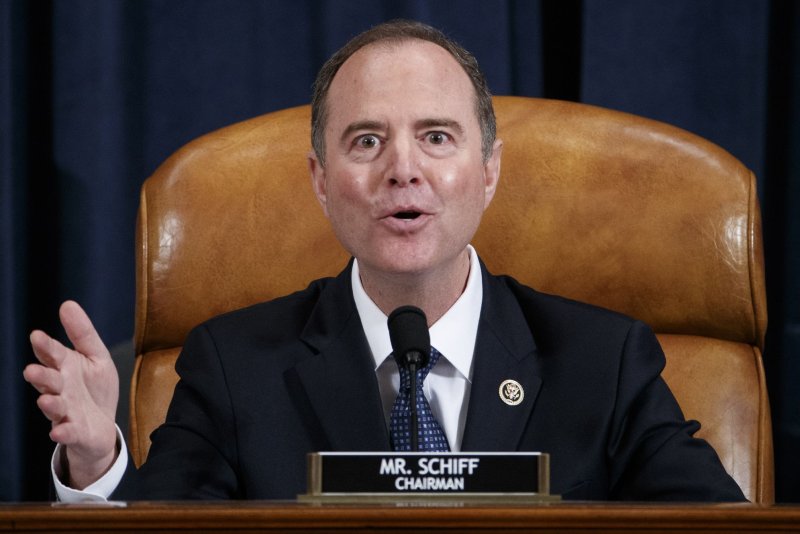 TANGER, Morocco, Nov. 20 (UPI) -- At the five-day MEDAYS 2019 conference, organized under the auspices of the king of Morocco that ended Saturday, only a few Americans -- and no U.S. government officials -- joined some 600 to 700 delegates from Europe, the Middle East, Africa and Asia, including a very large Palestinian delegation.

Several current and former presidents, prime ministers and senior officials were present at the conference on "The Global Distrust Crisis: Facing Subversion and Uncertainties."

It was patently clear to the participants who was the major contributor to this disarray. But beyond an unhealthy dose of anti-Americanism, the unmistakably stated intent of the Trump White House to disengage from many international commitments provoked unnecessary anxiety and worry. More on that shortly.

Simultaneously, the ongoing impeachment hearings in the U.S. House of Representatives -- where Gordon Sondland, U.S. ambassador to the European Union, testifies this week -- cannot be separated from American disengagement. Yet the negative attitudes in Tanger expressed toward the United States cannot be underestimated.

The most incisive observation I gained from the conference was made by Robert Kaplan, a well-known writer and keen observer of the interactions among international relations, history and geopolitics. Kaplan raised the question of whether the last 75 years of U.S. global dominance may prove to be a historical aberration, as its influence, power and reach are diminished by rival states and the Trump administration's foreign policy of disengagement. The conference reinforced this opinion.

Although Africa was the geographic center of gravity for the meeting, lurking like Banquo's ghost in a Shakespearean tragedy was current American policy -- or the lack thereof -- and the personality of U.S. President Donald Trump. Absence of what had been persistent American global leadership since 1945 was viewed by many as both symptom and cause of the growing distrust crisis and the emergence of Russian President Vladimir Putin and China's Xi Jinping to fill this void.

The presence of a heavy Palestinian delegation was headed by Saeb Erkakat, secretary general of the Palestine Liberation Organization, and Husam Zomlot, head of the Palestinian mission to the United Kingdom. The absence of any official U.S. representation gave the Palestinians free range in attacking the Trump and Obama administrations for conceding the dividing issues to Israel and mocking the so-called "deal of the century" negotiated by Trump's son-in-law Jared Kushner. Indeed, this process was rejected by the Palestinian leadership out of hand.

The first week of the impeachment inquiry yielded little new information on the allegations that Trump willfully used the threat of withholding U.S. aid to the Ukrainian government until it investigated and uncovered damaging information on political rival Joe Biden and his son Hunter. No doubt, firsthand confirmation of this charge will follow in open hearings. Whether this will prove sufficient for impeachment and conviction is in doubt.

Here, then, are two converging factors that could validate Kaplan's complaint. U.S. standing and influence are in (rapid) decline as seen by a majority of global elites. And for the first time in American history, impeachment proceedings were not about domestic politics as Andrew Johnson's, Richard Nixon's and Bill Clinton's were. This inquiry is about potential illegal practices dealing with foreign policy.

Complicating this inquiry is the extraordinarily bad judgment of Hunter Biden in accepting a highly paid directorship with a Ukrainian company, Burisma, accused of corruption, while his father was vice president. Trump's family has been outrageous in scandalously exploiting their father's presidency. Regardless of this flagrant disregard of conflict of interests, Joe Biden has and will have difficulty defending against his son's poor judgment.

Meanwhile, Russia and China have substantial domestic issues that could prove explosive. Indeed, in my panel at the conference I made the point that what worries me is the prospect that with a huge underclass, declining population, sputtering growth, debt, domestic unrest and a huge and expensive bet that Belt and Road project will work to stimulate the economy, a Chinese implosion is not impossible. And Putin is not doing nearly as well at home as he is abroad.

What does this mean? The Trump policy of America first and disengagement abroad is creating a vacuum that Russia and China may be unable to fill, or if they do, they will fill badly. Even if a Democrat wins in 2020, will that person make a difference? I do not know. But to the degree this conference was a harbinger, Kaplan may be right.

Harlan Ullman is a senior adviser at the Atlantic Council and was a professor of military strategy at the National War College and the Naval War College. His latest book is "Anatomy of Failure: Why America Has Lost Every War It Starts." Follow him @harlankullman.

Voices // 1 day ago
Scientists have warned for decades about Australia climate risk
Jan. 22 (UPI) -- Australian scientists warned the country could face a climate change-driven bushfire crisis by 2020. It arrived on schedule.

Voices // 1 day ago
Dear cadets Esper and Pompeo: Don't forget the honor code
It must be very difficult to reconcile having lived by the West Point honor code that "no cadet shall lie, cheat or steal or tolerate those that do" and now work for a president whose honesty and integrity are suspect.

Voices // 3 days ago
MLK's voice was shaped by heritage of black preaching
Martin Luther King Jr.'s clarion calls for justice were offspring of earlier prophetic preaching that flowered as a consequence of the racism in the U.S.

Voices // 6 days ago
China trade deal fails to solve some fundamental issues
Jan. 17 (UPI) -- U.S. President Donald Trump signed a trade deal with China on Wednesday intended as a first phase toward a more comprehensive agreement between the two countries.