Gun register is next stage of reform after New Zealand shootings

By Alexander Gillespie, University of Waikato

A makeshift memorial near Al Noor Masjid in Christchurch, New Zealand, honors the victims of a mass shooting there in March. File Photo by Mick Tskias/EPA-EFE

Oct. 15 (UPI) -- Following the Christchurch mosque shootings, the New Zealand government's first response was to ban the firearms the alleged gunman had used to murder 51 people.

Seven months later, the second tranche of this process is underway. This new law, which emphasizes that the possession and use of firearms is a privilege (as opposed to a legal right), aims to ensure that people in lawful possession of their firearms act responsibly in the interests of personal and public safety.

To achieve these goals, the proposed law will seek improvements in the licensing of shooting clubs. It will also refine who is "fit and proper," with prima facie restrictions on, among others, gang members and people who show patterns of behavior that exhibit or promote violence, hatred or extremism. In addition, the new law aims to improve general safety and compliance considerations, as well as stopping the flow of firearms being obtained by criminals, to which a comprehensive register of all firearms is mooted.

This is the third time in recent history New Zealand has attempted to reintroduce a firearms register. If it is approved this time, it will give authorities better information to trace hundreds of thousands of legally owned weapons, solve crime and slow the flow of firearms to criminals.

The impact of firearms

If the firearms register is accepted, about 237,000 New Zealanders who are lawfully licensed to possess firearms but do not have to currently disclose what is in their possession will have to join some 7,500 licensed owners of restricted firearms, who require registration because their guns present a higher risk. Before the current buy-back scheme, this included 13,294 military-style firearms, 40,387 pistols, 4,930 machine guns and 1,262 other restricted firearms.

These 60,000 or so registered firearms, of which the authorities know their location, are a small subset of the (upper estimate) of 1.2 million firearms in the civilian stockpile in New Zealand. There is no certainty about where 95 percent of these other firearms are located.

It is necessary to keep a number of issues in perspective. New Zealand's homicide rate was, until Christchurch, at a 40-year low (35 murders in 2017). Of these deaths, only 1 in 10 involved the use of firearms. Stabbing or cutting weapons were responsible for a quarter of all homicides.

Nonetheless, prior to the Christchurch attack, there were 69 murders between January 2008 and December 2017 that involved a firearm. 2018 appeared to show a spike in this trend with seven shootings with criminal or gang connections.

Of the firearms used (before the Christchurch shootings), two-thirds of gun homicides were committed with .22-caliber rifles (30 percent) or shotguns (33 percent). The more tightly regulated (and registered) pistols (7 percent) and previously lawful military-style semi-automatics (7 percent) are less common in homicides.

It's not just the worst-case scenarios of murder by firearm that demand attention. Between March 2018 and 2019, there were 3,043 instances in which police recorded an offense that involved the use of a firearm unlawfully. More specific evidence suggests 97 instances in the decade from 2008 to 2018 where firearms were used, or threatened, against law enforcement officers.

A register of all firearms is one tool to deal with such offenses. Some countries, including the United States and Canada, have opted to avoid a registry. Others, including Australia, Japan, South Africa, Germany, Norway, France, the Netherlands, Ireland and Britain have created firearms registers.

At the international level, such tools to help with the traceability of firearms have also become part of the toolbox to confront organized crime. They also help meet some of the sustainable development goals.

For most of its history, New Zealand had a gun register. This emerged during the 1860s and the Land Wars when the government was trying to control a free flow of firearms into the country. But some 120 years later, in a very different context, the pre-computer registration system was unfit for purpose. Only about 7 percent of all registered firearms could be located.

The replacement Arms Act of 1983 did away with the general register and put more emphasis upon ensuring all firearms users were "fit and proper." Only pistols and military-style semi-automatics had to be registered.

Every new firearm imported into the country (52,000 in 2018) has an identification number, which is recorded as part of the importation process. But unless these are highly controlled firearms (such as pistols, and previously lawful military-style firearms) this record ends at the point a dealer sells it to a lawful purchaser.

This approach was criticized following the 1990 Aramoana mass shooting, in which 13 people were murdered. In 1997, Justice Thorpe recommended a reintroduction of a firearms register because "total reliance on personal vetting does not meet the reasonable needs of our society."

In 2016, the Law and Order Committee inquiry into issues relating to the illegal possession of firearms in New Zealand came to a similar conclusion. They also recommended the law be amended to require police to record the serial numbers of all firearms possessed by licensed holders upon renewal of their licence or inspection of their premises.

Both times, politicians rejected the recommendations for comprehensive gun registration. Had gun registration been obligatory, the police would have known what type of firearms the alleged Christchurch shooter had lawfully acquired. They would have also known how many he had, where he obtained them and the frequency with which he was acquiring them.

We can't know whether this information would have raised a red flag, but it does highlight the possibility that such information may be useful to the authorities. Potential benefits could arise during normal police business. Similarly, when a firearm license expires, police could identify any associated firearms of the former license-holder and make sure they are taken out of circulation correctly.

The second reason gun registration is beneficial is that it helps solves crimes. When a firearm can be traced to a particular owner, the forensic results can prove instrumental in a conviction or exculpation for either the crime or wrongful supply of the firearm.

The third reason a comprehensive gun register would be valuable is that it will help the authorities begin to understand the pipeline of firearms to criminals. If authorities know where all firearms are to begin with and can trace them, they can then start to work out when and where they are being stolen, lost or diverted.

It is for reasons of accountability, traceability and safety that we register vehicles, dogs, some livestock and even over-the-counter pharmaceuticals such as pseudoephedrine in New Zealand.

In the case of firearms, the necessity to understand how criminals are obtaining their firearms is critical. As it stands, the best estimate for illegal firearms in New Zealand is 25,000. However, that guess is over 20 years old, and does not match what we currently know, and what we do know if filled with more gaps than answers. For example, although the theft of firearms (the most likely pipeline for criminals) from licensed holders has been growing, the current number of reported thefts of military-style firearms, shotguns, rifles and pistols (623 in 2018) is less than half of what the police seized (1,335) in the same year.

Unless this most basic information is available for the authorities, in the form of a gun register for all firearms, we will be living in a society where criminals have access to weapons we cannot account for, where the tools for solving crimes are limited and information that may e useful to the police is kept invisible.

Alexander Gillespie is a professor of law at the University of Waikato. 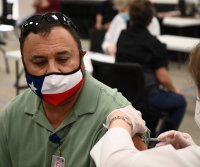 Voices // 11 months ago
Post-pandemic return to work is perfect opportunity to move to 4-day week
June 18 (UPI) -- As the gradual easing of lockdowns and social restrictions opens the possibility of a welcome return to pre-pandemic habits, there is growing support for the idea of a four-day work week.