U.S. should not fear prospect of regime change in Iran

Iranian protesters shout slogans as they gather at a street close to a bazaar in Tehran on June 25. Photo by EPA-EFE

Feb. 7 (UPI) -- When the United States hosts a conference on the Middle East in Warsaw, Poland, this month, it will be an opportunity to set Iran on a different path following the 40th anniversary of the Iranian Revolution. It will be an opportunity for the United States and its allies to help the Iranian people chart a new path by coordinating with the international community to bring an end to the dictatorship and facilitate a transition to a democratic system.

U.S. Secretary of State Mike Pompeo has made it clear that the Warsaw conference will be focused on confronting Iran's regional influence and its belligerence. He has repeated a line about compelling Iran to "behave like a normal country." What he has avoided saying is that normal behavior is virtually unattainable under Iran's leadership structure. The Islamic Republic has built its self-image on the notion of opposition to Western interests, and institutions like the Guardian Council bar anyone from taking power in Iran who opposes the ideology of the supreme leader or his representatives.

I suspect that the Trump administration understands this. President Donald Trump and his foreign policy advisers have repeatedly implied that regime change is the ultimate goal.

American and European concerns that military entanglement in Iran is the natural outcome of endorsing regime change are not warranted. The Iranian opposition's leader, Maryam Rajavi, has long advocated for the international community's support for a free Iran, and she has done so while emphasizing that this support ought to consist only of political advocacy, economic sanctions and diplomatic pressure.

It is refreshing that the opposition rejects any call for direct interference and maintains that the Iranian people can accomplish regime change. This message has grown stronger, as the leadership of domestic protests by the organized opposition, most notably the People's Mojahedin Organization of Iran (PMOI or MEK), demonstrated the seriousness of the challenge it poses to the mullahs' hold on power.

In late December 2017, mass protests began to spring up across Iran. Initially focused on economic grievances, the movement took on a broader political tone with participants chanting "death to the dictator" and demanding a government that accommodates dissenting voices. Less than two weeks later, as regime authorities struggled to stifle the movement, supreme leader Ali Khamenei attributed it to the MEK.

To its great credit, the U.S. administration embraced these protests, with the president himself calling attention to them in a speech at the United Nations. There, he described the Iranian people as the longest-suffering victims of the regime and underscored the separation between the Iranian government and the Iranian people. Still, the White House failed to articulate precisely how it plans to support one against the other. Such details are ultimately necessary for building consensus regarding Iran policy and for domestically driven regime change.

Pompeo has made it clear that the U.S. government's goal at the Warsaw conference is to build a broader coalition of opposition to Iranian efforts at force-projection. Many U.S. allies are well on their way to signing onto that effort. Tehran's regional adversaries have consistently been of the same mind as the Trump administration, but Europeans only recently began to come around, following the revelation of multiple Iranian terror threats directed at Western interests, accompanied by Tehran's open rejection of a U.N. Security Council resolution concerning ballistic missile tests.

Tehran's belligerence coupled with the regime's repeated dismissal of Security Council resolutions can be expected to push the international community toward more assertive policies. To chart a truly new course for Iran policy, the United States will have to persuade its allies to line up behind a new vision for Iran, specifically the vision of a free, democratic and modern society that rejects dictatorship.

That vision has been outlined in Maryam Rajavi's 10-point plan for government initiatives in the wake of the ouster of Iran's rulers. The plan also includes the abandonment of the Iran's nuclear program.

If this can be accomplished by means that bring freedom of speech and assembly to the Iranian people, without requiring direct intervention by the United States or other powers, then the relevant policies should be an easy sell at the Warsaw conference. The goal of those policies is regime change and that phrase need not convey the anxiety that has been attached to it.

Professor Ivan Sascha Sheehan is the executive director of the School of Public and International Affairs at the University of Baltimore. Follow him on Twitter @ProfSheehan.

Voices // 2 days ago
Internet shutdowns disrupt human rights for millions of Ethiopians
April 3 (UPI) -- The people of Wollega province in the western part of Ethiopia did not have access to the Internet from January to the end of March. 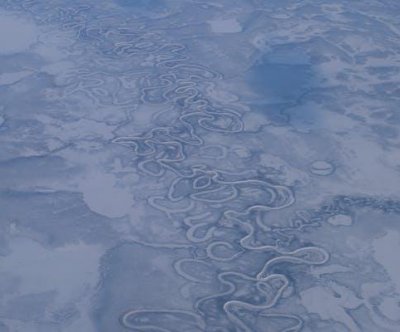 Voices // 3 days ago
Arctic climate change: Recent carbon emissions worse than ancient methane
April 2 (UPI) -- The Arctic is predicted to warm faster than anywhere else in the world this century, perhaps by as much as 7°C. These rising temperatures threaten one of the largest long-term stores of carbon on land: permafrost.

Voices // 4 days ago
'Let them eat cake': Trump salesmanship at odds with coronavirus reality
Why is it that whenever I see President Donald Trump's near daily televised briefings on the coronavirus pandemic I am often reminded of Marie Antoinette?

Voices // 5 days ago
Catholic church, tech firms join call for transparency in AI
March 31 (UPI) -- The Catholic Church joined with technology companies last month to release the "Rome Call for AI Ethics" in what it hopes will lend meaning if not governance frameworks for the use of artificial intelligence.

Voices // 6 days ago
Stupidity, incompetence add to coronavirus danger in Iran
March 30 (UPI) -- While the lies and deception over the coronavirus pandemic continue, the people of Iran are dying. 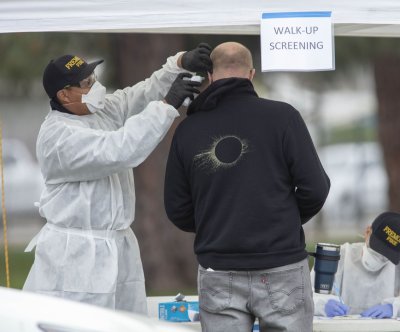 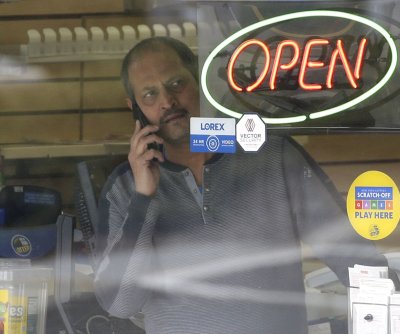