Oct. 31 (UPI) -- The opening session for the Manama dialogue, the largest security conference on the Middle East, was dominated by the current Israeli-Arab rapprochement in the wake of the surprise visit of Benjamin Netanyahu to the sultanate of Oman. Retired Gen. David Petraeus described the summit as "significant" and spoke about a "realignment" of powers in the region. He said that the Iranian threat has united Arab states and Israel. The enemy of my enemy is my friend. However, this logic in the Middle Eastern context is totally illogical.

Iran was able to penetrate Arab societies because it adopted the Palestinian cause. Since the inception of the Islamic revolution, Ruhollah Khomeni positioned Iran as the country fighting injustice inflicted on Muslims. He vowed to liberate Palestine from the Zionists. He named the most important legion of the revolutionary guards, the Quds brigade. This attitude gave Iran popularity in the Arab world. It was seen as an honest brotherly force supporting resistance movements against Israel when Arab states were only paying lip service to the Palestinians. In the summer of 2006, following the confrontation between Israel and Hezbollah, a poll by the Zogby research center found that Iran had a 75 percent favorability rating in Arab and Muslim countries.

However, this changed with the outbreak of the Arab Spring. Initially, Iran took a spectator seat and labeled the different uprisings as "Islamic awakenings." The attitude of the Islamic republic changed when the wave hit its most cherished ally: Syrian President Bashar al-Assad. Facing the massive protest, Assad was bound to fall if not for Iranian intervention. Venturing into Syria along with their proxies, the Iranians adopted a sectarian narrative. Hassan Nasrallah, Hezbollah secretary general, said he is fighting in Syria to protect the tomb of Zeinab from the assault of the Omayads (the first Sunni dynasty).

Going back in history to the early days of Islam, when the faith was divided into Sunnis and Shias, did not resonate well in the psyche of Sunni Syrians, nor with people who feel compassion for them. Iran was no longer seen as a brotherly force but a sectarian bully supporting a murderous regime. Things got even worse for Iran with the popular mobilization. Emerging spontaneously in June 2014,as a "popular" force to stand for the Islamic State, the Hashd ,as it is called in Arabic, adopted a sectarian narrative. They went to Tikrit, the hometown of Saddam Hussein, with the banner "We will revenge Hussein." They behaved more savagely against the Sunni population of the city than IS. Being an ally of Iran, the militia reinforced the perception that Iran is the Sunnis' foe. In 2015, the Pew Center showed that Iran was majorly seen negatively by Arab people. Ironically, the only other country to match Iran's negative image was Israel.

Realizing that they have a grave image crisis and they are risking to lose all the goodwill they have cultivated over the decades, the Iranians went into unsuccessful damage control mode. Khamenei denounced the claim that Iran opposed the Sunnis as Western propaganda. Foreign minister Mohammad Javad Zarif tried to court some Arab countries, such as Algeria and Tunisia. They even produced an Arabic movie called Song from my Homeland, in which Iran is portrayed as the chivalrous and brave hero fighting injustice and extremism. However, a fiction on the silver screen could not convince the Sunni Arabs, who saw on TV Syrian children being starved to death in Madaya due to a siege imposed the Iranian militias.

Nor would they believe Khamenei when the video of Hezbollah fighter vowing to kill every "dog of a Sunni" on the face of the planet went viral on social media. Iran had lost its legitimacy in Arab eyes. In a desperate move to regain legitimacy, Nasrallah announced that the road to Jerusalem passes through Aleppo, Syria. The Arab media, as well as the masses, mocked this justification, where the killing of innocent Syrian civilians in Aleppo was framed as an episode in the grand plan of the liberation of Palestine.

However now, the news of a rapprochement between the Arabs and Israelis is a heaven-sent gift to Iran. Iran will be able to frame the conflict as a fight against the collaborators with the Zionist enemy. The rapprochement will allow the Islamic republic to regain the capital it has lost in the course of the Arab Spring.

It is important to note that Iran's most important strength is the capital it has built with the grass roots throughout the decades. It is not Iran's archaic air defense nor its primitive ballistic missile systems that create a threat to the Arab gulf. It is the militias that Iran was able to nurture and organize, such as Hezbollah and the Houthis. It is also the sleeping cells Iran was able to plant in the heart of Arab states. The rapprochement will give the Islamic republic a fresh narrative to re-energize its base in Arab countries, as Palestine remains a dear and just cause to the heart of every Arab and Muslim. And Arab states should remember that regardless of what they think of the Palestinians and their leadership, their credibility relies to a large extent on the way they deal with the Palestinian issue.

Dania Koleilat Khatib is executive director of the Al Istishari Al Strategy Center for Economic and Future Studies, a UAE-based independent think tank. She specializes in U.S.-Arab relations and researches sectarianism, extremism and governance. Her book "The Arab Lobby and the U.S.: Factors for Success and Failure" was published by Routledge UK and translated to Arabic. 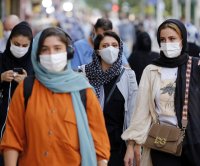 Voices // 4 hours ago
Iran hides COVID-19 meltdown, 310,000 deaths
June 14 (UPI) -- More than 310,000 people have died of COVID-19 in Iran. These are the horrifyingly accurate figures, gathered daily by the main democratic opposition resistance units of the Mojahedin e-Khalq.

Voices // 3 days ago
Historic change: Arab parties are legitimate partners in Israel government
June 11 (UPI) -- The next government is not going to be a typical one for the citizens of the state of Israel, and especially for members of the Palestinian Arab minority, who are 20% of Israel's population.

Voices // 4 days ago
G7: Major economies not ready to break with fossil fuel industry
June 10 (UPI) -- While the leaders of the world's richest countries agree on the need to reach net zero emissions by 2050, they remain faithful to a fossil fuel industry reluctant to substantively change its business model.

Voices // 5 days ago
Joe vs. Vlad: U.S.- Russia summit has little time for big agenda
President Joe Biden makes his first international trip this week. He will see America's closest allies before heading to Geneva to confront or cajole Vladimir Putin on Russia's relationships with the U.S. and NATO.

Voices // 6 days ago
G7 tax deal unlikely to transform how much corporations pay
June 7 (UPI) -- Finance ministers in London from the G7 group of wealthy nations have agreed to a deal that has been described invariably as a landmark that will transform the landscape of global corporate tax. 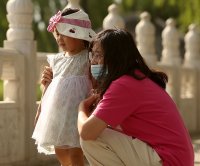 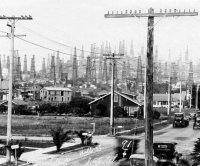 Voices // 1 week ago
America's political pandemic festers on resentment
June 2 (UPI) -- A political pandemic, in which truth and fact, along with the collapse of trust and confidence in government, has been infecting and threatening the social fabric and health of the United States.
Advertisement