Iran's descent into economic chaos can be traced directly to the ruling clerical regime. Photo by Maryam Rahmanian/UPI | License Photo

Sept. 19 (UPI) -- The Iranian economy is in freefall. With only six weeks to go before the second tranche of U.S. sanctions is introduced, international economic experts believe the current regime cannot survive.

Nationwide protests and strikes, which began in December and quickly spread across the whole country, are continuing. Where the protests were initially aimed at the soaring price of food and other basic commodities and the failure to pay wages, the demonstrations have now turned against the despotic clerical government.

According to Iran's Central Bank in August, the inflation rate will reach 60 percent this year. The Iranian rial has hit a record low against the U.S. dollar amid a deterioration in the economic situation and the reimposition of sanctions by the United States. The country's active work force is 26 million, of whom at least 10 million are jobless. Youth unemployment is at a staggering 40 percent. Many university graduates are unable to find a job.

Even Afghan migrants who sought refuge in Iran have been forced to return to their war-torn country because of the dire economic situation. At least 33 percent of the population live under the absolute poverty line, ISNA official news agency reported in April, which means that they are unable to meet their essential daily needs.

There are 31 private and state-owned banks in Iran. Most of them have gone bankrupt, but the government is attempting to hide this issue. Instead of tackling the economic crisis, the venally corrupt mullahs have announced budget cuts that will hit the poor, while military spending in Iraq, Syria, Yemen and Lebanon has been increased. The supreme leader Ayatollah Ali Khamenei and President Hassan Rouhani have claimed they need to continue their interference in the region to save the Islamic Republic. The mullahs have also stepped up their repressive subjugation of the restless Iranian population, arresting thousands of protesters, including many women, torturing many to death in their medieval prisons and staging a wave of public hangings.

On Aug. 4, American sanctions on the trade in gold, metals and food to Iran came into effect. On the 4th of November, U.S. sanctions on Iran's main source of revenue begin, when American Secretary of State Mike Pompeo has urged all countries to reduce their imports of Iranian oil to zero. Since Pompeo's announcement, Iranian oil exports have dropped by almost one-third.

To those mostly EU companies who put lucrative commercial deals with Iran ahead of human rights and continue to trade with the regime, U.S. President Donald Trump has warned that anyone who does business with Iran won't do business with America. Trump's warning has led to Germany's state-owned rail operator Deutsche Bahn announcing that it is phasing out projects in Iran. Several other European companies have suspended plans to invest in Iran due to the U.S. sanctions, including the French oil giant Total, as well as carmakers PSA, Renault and Daimler.

RELATED At least 12 killed, 50 wounded in attack on Kurdish opposition in Iraq

Last week, Marshall Billingslea, the U.S. assistant secretary for terrorist financing in the Treasury Department, said sanctions on Mahan Air and supporters of the Iranian carrier will be imposed, because the airline has been involved with the transporting of weapons and personnel to Syria in a bid to support Bashar al-Assad.

Iran's descent into economic chaos can be traced directly to the ruling clerical regime and its tyrannical leader Khamenei. Their policy of aggressive military expansionism across the Middle East has seen them consistently pour men and resources into backing Assad and his murderous civil war, while they have simultaneously driven the genocidal campaign against the Sunni population of neighboring Iraq through their outright support for the brutal Shiia mobilization forces. They have openly financed and supplied the Houthi rebels in Yemen and continue to provide vast funding for the Hezbollah terrorists in Lebanon.

Combined with the mullahs' own predilection for corruptly lining their own pockets, it is little surprise that the country with the world's second-largest gas reserves and fourth-largest crude oil reserves is facing economic meltdown. Iran, despite its rich, civilized and open culture, has become an international pariah, its religious fascist regime condemned for human rights abuse and the export of terror, while its 80 million beleaguered citizens, over half of whom are under 30, struggle to feed their families against a background of record temperatures, power outages, water shortages and food prices that have risen by more than 50 percent.

RELATED When Iran's evil regime demands justice, the world can only gasp

The widespread protests have spread from the main cities to rural towns and villages, uniting the working classes with middle-income earners, whose chants of "leave Syria alone, think of us instead" and "death to the dictator," clearly signify the burgeoning demand for regime change. The previously unimaginable cries of "death to Khamenei" - and "death to Rouhani" are now commonplace during every protest and have been heard from striking steelworkers in Ahvaz in the southwest of Iran, to defrauded investors in Rasht in the north and even nurses and bazaar merchants in Tehran.

The coordinated nature of the protests has been blamed by the regime on the main organised opposition, the People's Mojahedin Organization of Iran (PMOI or MEK), which has set up "resistance units" across the country. The PMOI, as part of the political coalition -- the National Council of Resistance of Iran, is the democratic alternative to this theocratic state and offers a future of freedom, justice, democracy, human rights, women's rights, abolition of the death penalty, an end to international terror and aggression and an end to the nuclear threat. It is a vision of such contrast to the current chaos and oppression that young Iranians are willing to risk their lives to bring it about.

Struan Stevenson, coordinator of Campaign for Iran Change, was a member of the European Parliament representing Scotland (1999-2014), president of the Parliament's Delegation for Relations with Iraq (2009-14) and chairman of Friends of a Free Iran Intergroup (2004-14). He is an international lecturer on the Middle East and is also president of the European Iraqi Freedom Association (EIFA). 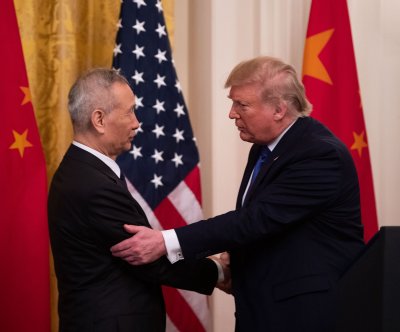 Voices // 12 hours ago
China trade deal fails to solve some fundamental issues
Jan. 17 (UPI) -- U.S. President Donald Trump signed a trade deal with China on Wednesday intended as a first phase toward a more comprehensive agreement between the two countries.

Voices // 1 day ago
America must seize the opportunity in Libya
Jan. 16 (UPI) -- As fighting continues in Libya, it is time that America and President Donald Trump unambiguously support a political solution for Libya through its Government of National Accord.

Voices // 3 days ago
Cyberspace next front in Iran-U.S. conflict; private firms may bear brunt
Jan. 14 (UPI) -- Iran and other nations have waged a stealth cyberwar against the United States for at least the past decade, largely targeting not the government itself but, rather, critical infrastructure companies.

Voices // 4 days ago
Prince Harry, Meghan Markle: Half in, half out isn't an option for royals
Jan. 13 (UPI) -- Prince Harry and Meghan Markle's decision to step back from royal duties has been described as a crisis for the monarchy, but they are the ones who are most likely to suffer the damage.

Voices // 1 week ago
Iran's Esmail Gaani is the new godfather of terror
Jan. 8 (UPI) -- The Iranian mullahs have become willing advocates of the Mafia playbook, replacing their fallen idol Qassem Soleimani, eliminated by an American drone strike, with his deputy, Esmail Ghaani. 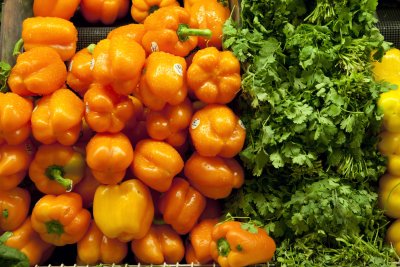 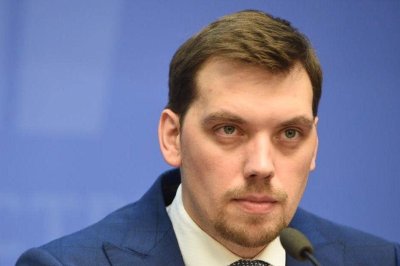