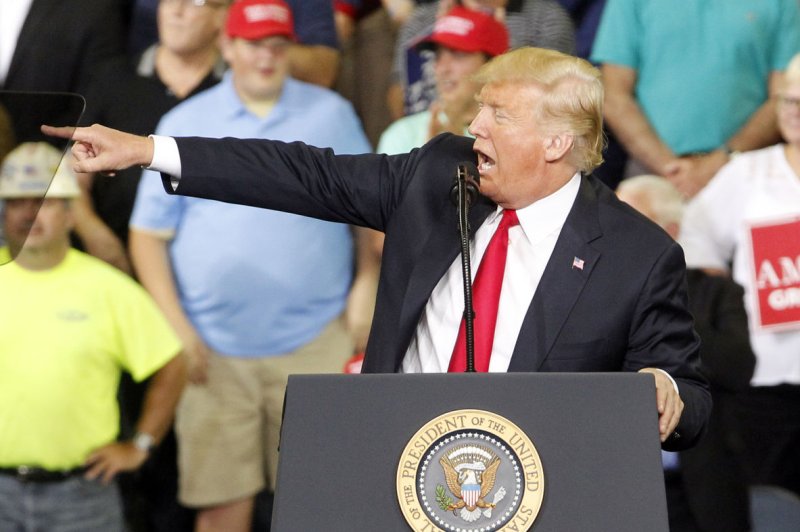 Francis Fukuyama famously and wrongly argued that the end of the Cold War, Communism and the Soviet Union assured the perpetual ascendancy of some form of liberal democracy as the governing foundation for mankind. How quickly ex cathedra pronouncements fall to the vagaries and realities of geo and local politics and economics. For the moment, Western liberal democracies are not in the ascent as authoritarian regimes are reversing Fukuyama's thesis.

But a larger reality looms, a reality that is causing angst, fear and outrage in many Western democracies. That reality is what is causing discontent in these societies. It is the failure of governments to govern adequately to solve even the most basic needs let alone aspirations of the governed. And this failure to govern extends much further from Afghanistan to Zimbabwe with Brussels and Washington in between.

Several parallel factors have contributed to failing government in America. The first has been declining public credibility, trust and confidence in the federal government. This began with the Vietnam War. Watergate and the resignation of Richard Nixon combined with the excesses of the CIA and FBI accelerated the rot. Jimmy Carter's self-righteousness was not helpful.

With Ronald Reagan began the further polarization of politics that George H.W. Bush's one term could not reverse. While Bill Clinton was popular, his impeachment hardened even further the massive gaps between both parties. George W. Bush bungled into Iraq by way of Afghanistan in wars that are still ongoing and have contaminated much of the region.

With Barack Obama, tribalism tragically became a defining force in politics not helped by dangerous and fanciful "birther" arguments. Now Donald Trump has brought the office of the presidency to a new low in terms of conduct let alone possibly irreversible blunders he has made. And both parties have moved further away from each other to more extreme positions of left and right. Indeed, at this point in time, unless one is a diehard Trumpista, the pickings for 2020 in both parties for 1600 Pennsylvania are quite slim.

This failure to govern is inflicting many other democracies. Britain is torn over Brexit. Angela Merkel leads a weak coalition. A democratic Turkey seems a distant memory with the powers seized by its president, Reccep Tayyip Erdogan. Italy remains ungovernable with an extraordinary coalition of extreme rights and lefts.

Russia, China and other increasingly autocratic leaders in Austria and Hungary for example appear to be in the ascent. It is not that these states are governing well or not failing. It is that each is governing well enough to curb discontent through a combination of some economic incentives and very muscular security services that make dissent and discontent come at a considerable price.

Yet at this point, the Democrats offer no real leadership. Nancy Pelosi and Chuck Schumer are by no means congressional giants. Elizabeth Warren and Bernie Sanders seem too ideological to make acceptable leaders. And newcomers such Alexandria Ocasio-Cortez lack seasoning and possibly common sense. Experienced hands such as Joe Biden and John Kerry probably have had their chance. And Hillary Clinton remains unelectable.

Many or most Americans are rightly worried or afraid of the future. The costs of healthcare, education, retirement and improving quality of life are outstripping wages. This fear has led to anger. And to many, anger has provoked outrage. As a result, Donald Trump became the beneficiary of this imperfect political storm.

What will happen? Perhaps the surge in younger generations that are more pragmatic and less dogmatic will bring fresh blood into politics and to Congress and statehouses. Perhaps the towering debt of $20 trillion and annual deficits of more than $1 trillion will explode in a crisis. Or perhaps some foreign policy disaster will force competence back into government.

In the meantime, perhaps one of the few good things about American politics today is its entertainment value. But as Romans learned millennia ago, bread and circuses are no substitute for good government.

Harlan Ullman has served on the Senior Advisory Group for Supreme Allied Commander Europe (2004-16) and is senior adviser at Washington D.C.'s Atlantic Council, chairman of two private companies and principal author of the doctrine of shock and awe. A former naval person, he commanded a destroyer in the Persian Gulf and led over 150 missions and operations in Vietnam as a Swift Boat skipper. His latest book is "Anatomy of Failure: Why America Has Lost Every War It Starts." Follow him @harlankullman.

Voices // 40 minutes ago
Iranian women rise up in anger
March 8 (UPI) -- Iif we wish any further evidence of the misogynist lunacy of the Iranian mullahs, then we should look no further than the news that Ayatollah Ali Khamenei has ordered that cartoon character women must wear the hijab.

Voices // 3 days ago
Shortage shows how semiconductor supply was a house of cards
March 5 (UPI) -- There's a global shortage in semiconductors, and it's becoming increasingly serious. The United States is reviewing its supply of the technology, following a landmark executive order from President Joe Biden.

Voices // 4 days ago
Pope's visit brings attention to Iraq's dwindling Christian population
March 4 (UPI) -- Pope Francis will arrive in Iraq on Friday in a first-ever papal visit to the country that is expected to raise awareness about the challenges facing Iraqi Christians -- a majority of whom are Catholic.

Voices // 5 days ago
Biden must set priorities for Iran, Saudi Arabia amid contradictions
President Joe Biden and his administration are consumed with the predicaments and consequences posed by contradictions, many from abroad.

Voices // 1 week ago
Time for U.S. diplomacy with Iran is over
March 1 (UPI) -- American policy on Iran may not face a radical change under President Joe Biden after all, if 120 bipartisan members of the House of Representatives have their way.