By
Dan Plesch, University of London

U.S. commanders have the power to dominate escalating crises and counter opposing forces before they can be used. File Photo courtesy of Lockheed Martin

April 19 (UPI) -- As the United States, Russia and China test each other's patience and strategic focus, speculation about the chances of a world war has hit a new high. But many of the people seriously engaged in this weighty discussion often get it wrong.

When it comes to estimating military capability, the Western media is principally concerned with the weapons capabilities of weaker states -- and it rarely pays much attention to the colossal capability of the United States, which still accounts for most of the world's defense spending.

Any sensible discussion of what a hypothetical World War III might look like needs to begin with the sheer size and force of America's military assets. For all that China and Russia are arming up on various measures, U.S. commanders have the power to dominate escalating crises and counter opposing forces before they can be used.

Take missile warfare alone. The U.S. Navy has 4,000 Tomahawk cruise missiles and the Navy and Air Force are taking delivery of 5,000 JASSM conventional cruise missiles with ranges of 200 to 600 miles. Barely visible to radar, these are designed to destroy "hardened" targets such as nuclear missile silos. Russia and China, by contrast, have nothing of equivalent quantity or quality with which to threaten the U.S. mainland.

The same holds true when it comes to maritime forces. While much is made of Russia's two frigates and smaller vessels stationed off the Syrian coast, France has 20 warships and an aircraft carrier in the Mediterranean -- and U.S. standing forces in the area include six destroyers equipped with scores of cruise missiles and anti-missile systems. At the other end of Europe, the Russian military is threatening the small Baltic states, but it is rarely noted that the Russian Baltic fleet is the same size as Denmark's and half the size of Germany's.

Meanwhile, China's aggressively expansionist behavior in the South China Sea is reported alongside stories of its first aircraft carrier and long-range ballistic missiles. But for all that the Chinese navy is large and growing, according to the International Institute for Strategic Studies, it's still only numerically equivalent to the combined fleets of Japan and Taiwan, while the United States boasts 19 aircraft carriers worldwide if its marine assault ships are included.

But overhanging all this, of course, is the nuclear factor.

Out of the sky

The United States, Russia and China are all nuclear-armed; Vladimir Putin recently unveiled a new fleet of nuclear-capable missiles which he described as "invincible in the face of all existing and future systems," and some have suggested that China may be moving away from its no-first-use policy. This is all undeniably disturbing. While it has long been assumed that the threat of nuclear weapons acts as a deterrent to any war between the major powers, it's also possible that the world may simply have been riding its luck. But once again, the United States' non-nuclear capabilities are all too often overlooked.

U.S. leaders may in fact believe they can remove Russia's nuclear deterrent with an overwhelming conventional attack backed up by missile defenses. This ability was cultivated under the Prompt Global Strike program, which was initiated before 9/11 and continued during the Obama years. Organized through the U.S. Air Force's Global Strike Command, it is to use conventional weapons to attack anywhere on Earth in under 60 minutes.

This is not to say the task would be small. In order to destroy Russia's nuclear missiles before they can be launched, the U.S. military would need to first blind Russian radar and command and communications to incoming attack, probably using both physical and cyber attacks. It would then have to destroy some 200 fixed and 200 mobile missiles on land, a dozen Russian missile submarines and Russian bombers. It would then need to shoot down any missiles that could still be fired.

Russia is not well-positioned to survive such an attack. Its early warning radars, both satellite and land-based, are decaying and will be hard to replace. At the same time, the United States has and is developing a range of technologies to carry out anti-satellite and radar missions and it has been using them for years. (All the way back in 1985, it shot down a satellite with an F15 jet fighter.) That said, the West is very dependent on satellites too, and Russia and China continue to develop their own anti-satellite systems.

Russia's bomber aircraft date back to the Soviet era, so despite the alarm they provoke when they nudge at Western countries' airspace, they pose no major threat in themselves. Were the Russian and U.S. planes to face each other, the Russians would find themselves under attack from planes they couldn't see and that are any way out of their range.

U.S. and British submarine crews claim a perfect record in constantly shadowing Soviet submarines as they left their bases throughout the Cold War. Since then, Russian forces have declined and U.S. anti-submarine warfare has been revived, raising the prospect that Russian submarines could be taken out before they could even launch their missiles.

The core of the Russia's nuclear forces consists of land-based missiles, some fixed in silos, others mobile on rail and road. The silo-based missiles can now be targeted by several types of missiles, carried by U.S. planes almost invisible to radar; all are designed to destroy targets protected by deep concrete and steel bunkers. But a problem for U.S. war planners is that it might take hours too long for their missile-carrying planes to reach these targets -- hence the need to act in minutes.

One apparently simple solution to attacking targets very quickly is to fit quick nuclear ballistic missiles with non-nuclear warheads. In 2010, Robert Gates, then serving as secretary of defense under Barack Obama, said that the U.S. had this capability. Intercontinental ballistic missiles take just 30 minutes to fly between the continental United States' Midwest and Siberia; if launched from well-positioned submarines, the Navy's Tridents can be even quicker, with a launch-to-target time of under 10 minutes.

From 2001, the U.S. Navy prepared to fit its Trident missiles with either inert solid warheads -- accurate to within 10 meters - or vast splinter/shrapnel weapons. Critics have argued that this would leave a potential enemy unable to tell whether they were under nuclear or conventional attack, meaning they would have to assume the worst. According to U.S. congressional researchers, the development work came close to completion, but apparently ceased in 2013.

Nonetheless, the United States has continued to develop other technologies across its armed services to attack targets around the world in under an hour -- foremost among them hypersonic missiles, which could return to Earth at up to 10 times the speed of sound, with China and Russia trying to keep up.

The remainder of Russia's nuclear force consists of missiles transported by rail. An article on Kremlin-sponsored news outlet Sputnik described how these missile rail cars would be so hard to find that Prompt Global Strike might not be as effective as the United States would like -- but taken at face value, the article implies that the rest of the Russian nuclear arsenal is in fact relatively vulnerable.

Starting with the "Scud hunt" of the first Gulf War, the U.S. military has spent years improving its proficiency at targeting mobile ground-based missiles. Those skills now use remote sensors to attack small ground targets at short notice in the myriad counter-insurgency operations it's pursued since 2001.

If the "sword" of Prompt Global Strike doesn't stop the launch of all Russian missiles, then the United States could use the "shield" of its own missile defenses. These it deployed after it walked out of a treaty with Russia banning such weapons in 2002.

While some of these post-2002 missile defense systems have been called ineffective, the U.S. Navy has a more effective system called Aegis, which one former head of the Pentagon's missile defense programs claims can shoot down intercontinental ballistic missiles. Some 300 Aegis anti-ballistic missiles now equip 40 U.S. warships; in 2008, one destroyed a satellite as it fell out of orbit.

In advance of the Iraq war, various governments and onlookers cautioned the United States and U.K. about the potential for unforeseen consequences, but the two governments were driven by a mindset impervious to criticism and misgivings. And despite all the lessons that can be learned from the Iraq disaster, there's an ample risk today that a similarly gung-ho attitude could take hold.

Foreign casualties generally have little impact on domestic U.S. politics. The hundreds of thousands of Iraqi civilians who died under first sanctions and then war did not negatively impact Presidents Bill Clinton or George W. Bush. Neither might the prospect of similar casualties in Iran or North Korea or other states, especially if "humanitarian" precision weapons are used.

But more than that, an opinion poll run by Stanford University's Scott Sagan found that the U.S. public would not oppose the pre-emptive use of even nuclear weapons provided that the United States itself was not affected. And nuclear Trident offers that temptation.

The control of major conventional weapons as well as WMD needs urgent attention from international civil society, media and political parties. There is still time to galvanize behind the Nobel-winning International Campaign to Abolish Nuclear Weapons and the nuclear ban treaty, and to revive and globalize the decaying arms control agenda of the Organization for Security and Co-operation in Europe, which played a vital part in bringing the Cold War to a largely peaceful end.

Like the Kaiser in 1914, perhaps President Donald Trump or one of his successors will express dismay when faced with the reality a major U.S. offensive unleashes. But unlike the Kaiser, who saw his empire first defeated and then dismembered, perhaps a 21st-century U.S. president might get away with it.

Dan Plesch is director of the Centre for International Studies and Diplomacy at SOAS, University of London.

Voices // 1 day ago
Winds of change are blowing in Baghdad
April 20 (UPI) -- For years, Iraq's future has been determined by its theocratic neighbor, the Islamic Republic of Iran. The Iranian regime's vicious meddling in Iraq has caused growing resentment and resistance from the Iraqi people.

Voices // 2 days ago
Cuba's economic woes may fuel America's next migrant crisis
April 19 (UPI) -- Not all of the migrants hoping to claim asylum in the United States are fleeing Central America's violence-torn "Northern Triangle." Many are Cuban. 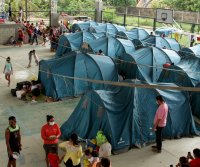 Voices // 1 week ago
160 years later, U.S. still fighting over Civil War
Many of the horrors of the Civil War have resurfaced in the debate over reparations to survivors of the some 4 million souls who were held in slavery and declaring officers in the Confederacy traitors.

Voices // 1 week ago
Pandemic gives remote workers a chance to reinvent life balance
April 13 (UPI) -- If one thing is clear about remote work, it's this: Many people prefer it and don't want their bosses to take it away.

Voices // 1 week ago
U.S. should think twice on Iran nuclear deal
April 12 (UPI) -- U.S. President Joe Biden and Secretary of State Antony Blinken are said to be keen to resurrect the Joint Comprehensive Plan of Action nuclear deal with Iran. It would be a dangerous mistake. 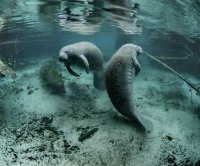