Treat Kim Jong Un like the gangster that he is 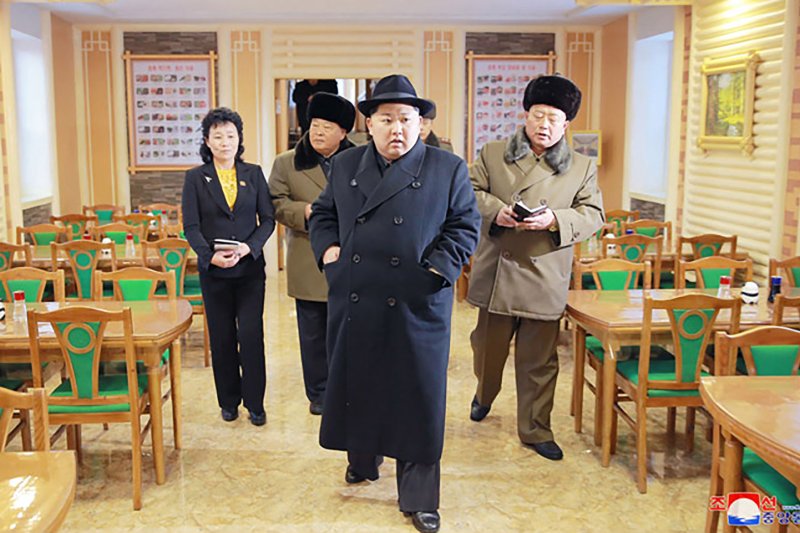 Jan. 9 (UPI) -- U.S. President Donald Trump and North Korean leader Kim Jong Un should never talk to each other on the phone, or through Twitter. Two unpredictable, nuclear-armed egotists are a threat to themselves and to the world, regardless of the size of their buttons.

Fortunately, cooler heads are now communicating between North and South Korea. Still, this is no time for South Korean President Moon Jae-in, nor the international community, to get comfortable with Kim.

RELATED N. Korea to send athletes, performers and entourage to the Olympics

As a researcher on social justice and human security in North Korea, I have a reminder for Canadian Foreign Affairs Minister Chrystia Freeland and U.S. Secretary of State Rex Tillerson as they prepare to meet in Vancouver next week to discuss North Korea: Kim runs a feudal gangland, not a nation state. The rules of diplomacy do not apply to the Hermit Kingdom.

North Korea is isolated, hungry, without power and without allies. Yet Kim gathers resources for nuclear proliferation, missiles and prison camps. This is thanks to his business partners. The international community has mistakenly ignored them.

How to deal with Kim's belligerence? View him as a thug. And like any gangster, understand how he makes money and what really scares him.

First, target those who profit with Kim. Second, empower defectors who can speak to North Korea's grim reality. Their voices matter both within and outside North Korea.

Kim acquires weapons by sea, he pays for them with narcotics, cyberattacks and cryptocurrency. Masterful smugglers, North Korean vessels run under flags of convenience, shell companies process the funds and other vessels entering North Korean waters deceptively turn off their broadcast identifiers.

I interviewed numerous North Korean defectors for three years. I also tracked vessels doing business with Kim. From this work, I make two conclusions about how the international community should approach North Korea.

First, Kim holds power through a projected image of ordained invincibility. He is the protector of the North Korean people. He may not provide enough food, and he may send them to prison camps, but only he can protect against pending violence from the United States.

Missile launches and nuclear tests pose little threat to the West. They are symbolic demonstrations of power for his compatriots.

Second, in order to prop up his image as the Great Marshal, Kim collects his military resources below the radar. Illegal smuggling, counterfeiting, insurance scams, weapons sales, cyberattacks, narcotics production and forced labor abroad bring in cash. And there are global markets for all, accessed through shady diplomats and shadowy shell companies. They skirt sanctions with impunity.

Formal diplomacy fails as North Korea relies more on the illicit, rather than the legitimate, international community. Until now.

Recent sanctions by the United States, the United Nations and the European Union are smarter. They target Kim's financial environment. Instead of sanctioning the target, new sanctions attack the banks and maritime operators that help him.

Already, maritime traffic into North Korea has dropped significantly and the regime is taking to sea-to-sea transfers to acquire goods - a high-risk, low-return operation. Kim's options are getting fewer.

It's a start, but not enough.

Targeting Kim's markets for missile tests and nuclear proliferation is good policy. It is easier, and safer, to prevent missiles getting in to North Korea than it is to shoot them down once they're flying out.

However, North Korea's trading partners are widespread and include businesses around the world, notably in Europe, India, Africa and even New Zealand.

Recognize that Kim's greatest fear is having his compatriots and the world know how weak he is. The missiles are more show than threat. It's why Kim is not fazed by Donald Trump's half-baked tweets.

He is, however, deeply frightened of defectors telling their stories. Their testimony will shatter his reputation and possibly land him in the International Court of Justice.

North Koreans are unlikely to oust Kim themselves and rebel against Juche, the regime's rigid social control system. China also fears the thought of any civil conflict in North Korea that could lead to a massive refugee crisis at its borders.

Strategic sanctions against North Korea are starting to put Kim in a bind. Winter is a hungry time in North Korea, and Kim will blame sanctions for upcoming food shortages.

Freeland, Tillerson and Moon must remain vigilant with smart sanctions and not trust Kim to make good on any agreement.

Instead, they must identify those who finance Kim, block their revenues and deal with him like an international criminal, not as a head of state.

Robert Huish is an associate professor in international development studies at Dalhousie University.