What if a president must go?

After seven months in power, given the performance and record of the 45th president of the United States, the question of fitness to retain the office is no longer an idle one. The Trump White House seems in perpetual chaos and incapable of restraining the president's lesser angels in word, deed and Twitter account. Each week appears to be worse than the previous one.

Whether threatening war with North Korea or stubbornly refusing to sanction neo-Nazis, white supremacists and the Ku Klux Klan, Trump seems incapable or unwilling to act presidentially. But in fairness, virtually all presidents stumble in their first year in office.

Franklin Roosevelt assumed the presidency in 1933 as America was in the throes of the Great Depression and the cancer of Nazi Germany was beginning to metastasize. Harry Truman had never been briefed on the atom bomb before FDR died in April 1945. An exception was Bill Clinton. By 1993, the Soviet Union had collapsed. George H.W. Bush had moved to make Europe whole, free and at peace and driven Saddam Hussein from Kuwait. And the economy was recovering.

Yet the first months of the Clinton administration were tumultuous. An ill-advised attempt to allow homosexuals to serve openly in the military turned into a political disaster. Whitewater, "Travelgate," healthcare reform and the suicide of Vince Foster, a White House aide close to the Clintons, roiled the administration. The president's popularity was about as low as Trump's is today.

Advertisement
RELATED Charlottesville and the politics of fear

George W. Bush had to confront September 11th and the subsequent war on terror and interventions into Afghanistan and Iraq -- the first conflict unresolved after 16 years and the second arguably the greatest strategic disaster since the Civil War. Barack Obama inherited the financial collapse of 2008 and the two unfinished wars. And Donald Trump assumed the presidency with American forces still at war, a sluggish economy, a nation profoundly divided along partisan lines and a government that was at best dysfunctional.

Yet, so far, President Trump has not matured. Nor has his temperament and performance reassured a majority of Americans that he is fit to continue as chief executive. But replacing or removing a president from office is made purposely difficult by the constitution. Presidents can leave office through half a dozen means.

First, presidents can resign or refuse to run for re-election. Harry Truman called it quits in 1952. Richard Nixon, facing certain impeachment by the House of Representatives for "high crimes and misdemeanors" and conviction by a 2/3 vote of the Senate chose to resign making Vice President Gerald Ford his successor. Lyndon Johnson, tormented by Vietnam, would not accept the nomination of his party for a second term.

Fourth, presidents can be impeached and convicted by Congress. Andrew Johnson and Clinton were the only presidents ever impeached by the House. The Senate convicted neither.

Finally, presidents can be removed if incapacitated under the 25th Amendment. This amendment was sensibly approved in the nuclear age so that the duties of the commander-in-chief were temporarily passed on to the vice president if the president were incapacitated either by a stroke or other medical condition or if undergoing surgery in which anesthesia was administered. Normally, the president would sign a letter temporarily assigning power to the vice president. Then, after surgery in the cases of Ronald Reagan and later George H.W. Bush would reassume presidential duties.

However, and this is a big however, should the vice president and a majority of the Cabinet agree that a president was incapacitated, after informing the president pro tempore of the Senate and the speaker of the House, a president could be temporarily removed. But the president has the penultimate say. He (and one day she) can inform Congress that the incapacitation was temporary and reassume duties. Only then would a 2/3 vote of both Houses remove the president.

The emoluments clause states in part: "... And no Person holding any Office of Profit or Trust under them, shall, without the Consent of the Congress, accept of any present, Emolument, Office, or Title, of any kind whatever, from any King, Prince, or foreign State."

Trump is already facing several lawsuits over this clause. The question remains -- suppose he continues to stumble and demonstrate an unfitness to govern. What next? The new chief of staff, Gen. John Kelly and Trump's closest advisers -- his daughter Ivanka and son-in-law Jared Kushner -- have had little overt impact in tempering presidential temperament and conduct. Or suppose collusion and illegality over Russian entanglement resulted from one of the current investigations?

The most rational case would be a delegation of senior citizens, probably Republicans, privately meeting with the president to put him on notice about his conduct. The problem is who would fall into this category? With Nixon, the House and Senate had many stalwarts particularly Howard Baker. Who would fill this role?

These are uncharted and dangerous waters. Unless Trump can change his personality and temperament in his eighth decade and the Russian allegations prove baseless, those waters do not seem to becoming any calmer.

Harlan Ullman has served on the Senior Advisory Group for Supreme Allied Commander Europe (2004-16) and is a senior adviser at Washington, D.C.'s Atlantic Council, chairman of two private companies and principal author of the doctrine of shock and awe. A former naval person, he commanded a destroyer in the Persian Gulf and led over 150 missions and operations in Vietnam as a Swift Boat skipper. His next book, "Anatomy of Failure: Why America has Lost Every War it Starts," will be published in the fall. Follow him on Twitter @harlankullman. 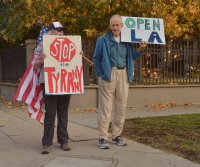 Voices // 2 days ago
COVID-19's real danger is political
A pandemic is war by different means. Death counts are far greater. The enemy is invisible. But, paradoxically, rallying the public against a pandemic is much more difficult than in wartime. 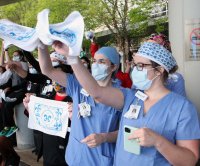 Voices // 3 days ago
Rural doctors describe COVID-19 siege: Politics makes it harder
Nov. 24 (UPI) -- In many communities, the cooperation and goodwill seen early in the pandemic have given way to COVID-19 fatigue and anger, making it hard to enforce public health measures, rural doctors say. 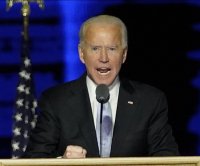 Voices // 4 days ago
Joe Biden should think hard about re-engaging with Iran
Nov. 23 (UPI) -- As the Donald Trump presidency winds down and Joe Biden prepares to enter the White House, all eyes are on the Middle East and in particular the future of U.S. policy on Iran. 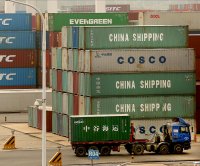