11-year-old refugee: Robbed of all I had – a warm change of clothes

Abuzar traveled from Afghanistan to Serbia on his own at the age of 11. Photo by Preethi Nallu/Refugees Deeply

Abuzar was among the 100,000 children to travel alone along the Balkan route since 2015. Photo by Preethi Nallu/Refugees Deeply

Eleven-year-old Abuzar from Afghanistan spoke with News Deeply's Preethi Nallu in an abandoned barracks in Belgrade, Serbia, where hundreds of migrants – including lone children like Abuzar – were sheltering in freezing conditions last winter. They were waiting to "play the game" – this is a code word that smugglers and refugees use when referring to clandestine border crossings between the Balkan countries. The makeshift shelter was demolished by authorities last month. Abuzar was last seen crossing the Serbia-Croatia border trying to get to Sweden, where he hoped to apply for asylum.

When we were in the Bulgarian forests along the border where the smuggler brought us, there were policemen with their dogs. We heard their voices from where we were sleeping. The smuggler had a wooden stick in his hand. He told us not to move and threatened to beat us and leave us behind if we did not do as he said. He left two people from our group in the forest.

He kept telling us that the road was open. He said that four of five "games" [attempts to cross] were successful and they reached Austria.

There is just one thing available here – every day at 1 p.m. some volunteers come with food and everyone lines up and eats it. I am just waiting to reach Sweden and then I will go see my family. I will bring them to Sweden then.

Smoke – there is smoke everywhere in the barracks where I am staying because of the fire. It gets very cold at night. You have to cover yourself with three or four blankets. I have to often find food for myself.

Since I was 4 years old I have been away from home. I had to flee to Pakistan with my family because of war. Things were fine in Pakistan. We had freedom. I used to go to school. I had friends there and we played games like cricket.

My entire family – my mother, father, brother – are in Afghanistan. I am the oldest one in the family, so I will go forward and bring them once I receive asylum.

I had warm trousers, a change of shoes, a phone and some cash on me, and the contact number of the smugglers. The police took away everything I had at the Bulgarian border, including my jacket and warm clothes. They robbed me.

I came all the way here from Afghanistan. How can I go back? I have been through a lot – many hardships and troubles. I escaped the police and the thieves and faced too many difficulties to just return home now. This is the last border. After I cross it, there will be no more problems. I want to get to Sweden, start school and then bring the rest of my family. But of course I would rather be with them than be here on my own.

RELATED Why migration will not destroy the welfare state

This story is featured in the "Shadow to Light" installation at San Francisco Design Week through a partnership between Airbnb Design and News Deeply. This article originally appeared on Refugees Deeply, and you can find the original here. For important news about the global migration crisis, you can sign up to the Refugees Deeply email list.

Voices // 2 days ago
GOP support for mail voting is growing, but hard to hear over Trump
July 2 (UPI) -- President Donald Trump's attacks on voting by mail, amplified by Attorney General William Barr and the Republican National Committee, have triggered alarms that the country is heading toward another contested election.

Voices // 3 days ago
Happy July 4th: America, Britain not in their 'finest hour'
For the two greatest democracies of the last century, how each is coping with multiple crises does not rise to what Winston Churchill once called "our finest hour." 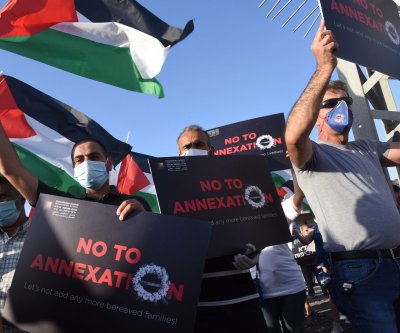 Voices // 4 days ago
Israeli annexation of West Bank would spark 'diplomatic tsunami'
June 30 (UPI) -- Israel Prime Minister Benjamin Netanyahu is continuing to weigh his options in pushing ahead with plans to extend Israeli sovereignty over territories occupied by Israel in the 1967 war. 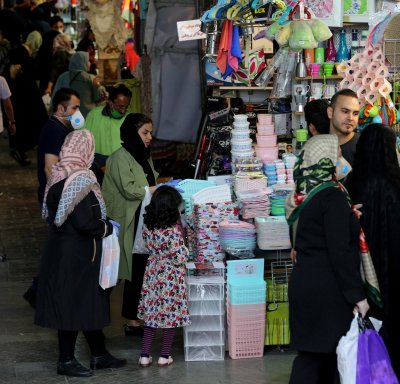 Voices // 5 days ago
The truth is out about Iran's economic meltdown
June 29 (UPI) -- The Iranian economy has collapsed. The ayatollahs can no longer afford to pay the wages of government employees, as the triple whammy of U.S. sanctions, the coronavirus and rampant corruption reduce their budget. 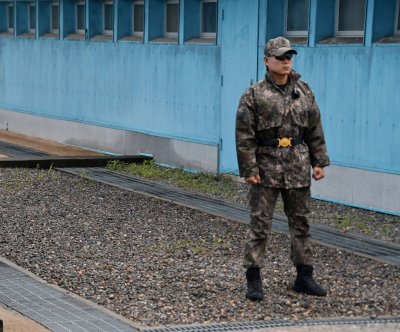 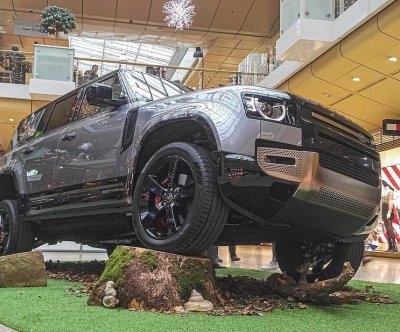 Voices // 1 week ago
Superpower U.S. is on the brink of failure
June 23 (UPI) -- Convulsed by riots and protest, riven by an out-of-control virus and heading into a presidential election led by a man that has possibly divided the nation like no other before him, the U.S. is in crisis.