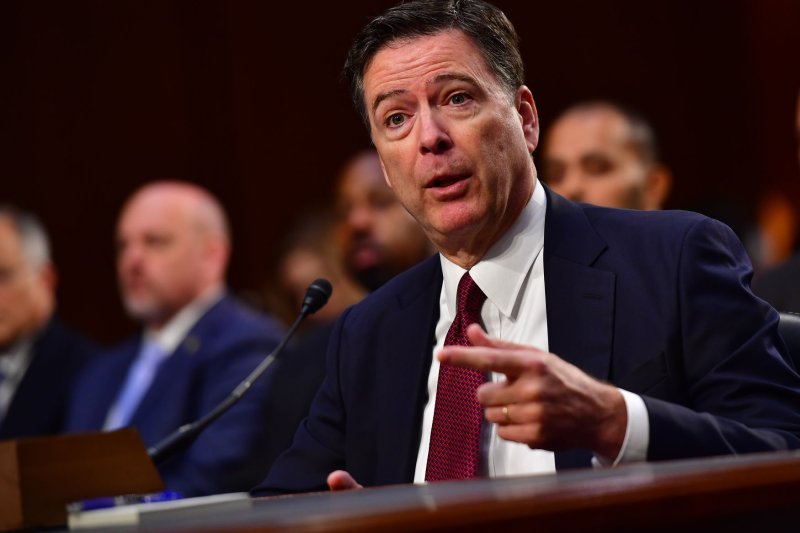 Make no mistake: Two explosive charges were set off in Washington and Great Britain last week that have created the beginnings of what could become political avalanches of gargantuan proportion. The riveting testimony of former FBI Director James Comey before the Senate Select Committee on Intelligence was an accelerant to the smoldering investigations of the Trump administration over Russian interference and potential collusion in the 2016 presidential elections.

These investigations could, and the operative word is could, become 21st century successors to the Watergate scandal that forced President Richard Nixon to resign his office in 1974 especially if these turn out to be surrogates for the continued incompetence shown by the White House and the damage it is inflicting on the nation.

In Great Britain, the snap elections ordered by Prime Minister Theresa May shocked more than just the Conservative Party, which expected to increase single-digit control of Parliament by as much as 50-60 seats. Instead, the Tories lost their slim majority, winning only 318 of 650 seats. A coalition government will now be formed. And that coalition government has no clear mandate over how it will extricate itself from the European Union after 52 percent of Britons voted last June in favor of Brexit.

In his sworn testimony, Comey called President Donald Trump a liar in mischaracterizing the reasons for his firing as FBI chief and painted a picture of a chief executive who could not be trusted to tell the truth. Hence, Comey has reinforced the basis of what could be criminal charges filed against the administration. Other portions of his 2 1/2-hour public appearance were also significant. First, Comey was adamant in asserting that Russia had actively interfered in the U.S. political process and would continue to do so. For anyone doubting this interference, including the president, Comey's statements were compelling.

Second, Comey revealed that former national security adviser Michael Flynn was the subject of a criminal investigation. Comey also inferred that people in this position could be squeezed to provide evidence of wrongdoing against their superiors. This cannot be good news for the White House.

Third, if Comey's testimony was accurate, Attorney General Jeff Sessions is in trouble. Comey swore that Trump cleared the Oval Office so he could have a private session with the FBI director. The last two to leave were Sessions and Jared Kushner, the president's son-in-law and perhaps closest adviser. Comey also said he asked the attorney general to keep himself between the FBI director and the president in order to maintain the bureau's independence. Sessions, according to Comey, did not respond.

The issue that will not fade away, of course, is whether or not the president obstructed justice in "hoping" Comey would drop the investigation of Flynn. Since indicting a sitting president is probably constitutionally forbidden, determining obstruction or other criminal conduct is inherently a political not a legal matter. Until special counsel Robert Mueller finishes his investigation that will take months, there can be no definitive answer to the question of did the president commit any wrongdoing or crime in carrying out his duties both before and after his inauguration. However, if a political avalanche or tsunami results, Comey's testimony will be a principal ignition point. And until Mueller concludes his investigation, the administration remains in jeopardy.

About May, as with her predecessor former Prime Minister David Cameron who decided on holding the Brexit referendum and lost, she greatly miscalculated in calling an early election. This misjudgment cost the Conservatives three more years of a Parliamentary majority. While the Conservative senior leadership is unlikely to dump May as Margaret Thatcher was pre-emptively replaced by John Major in late 1990, May is now politically weakened.

After the terrorist attacks at a Manchester rock concert and again in London that shook the island nation and the uncertainties in negotiating Brexit, Conservatives understand that the party must demonstrate a high degree of stability and confidence in dealing with these difficult times. With a coalition government, that will not be easy, although Prime Minister David Cameron managed an alliance with the Independent Party under less tortuous circumstances. However, these twin shocks in Washington and Britain do not presage happy outcomes.

The American democracy is in crisis. The combination of a political system of checks and balances that seems permanently deadlocked and a political environment that is poisonously septic raises the question of whether a government designed by the best minds of the 18th century can survive the rigors of the 21st, especially when the future survival of the administration may be at stake. A similar question applies to Great Britain in which strategic mal-judgment has produced what will be the folly of Brexit and the unnecessary loss of a clear-cut parliamentary majority at a time of great uncertainty and danger.

How America and Great Britain deal with these political ground zeroes could be the most significant challenges for both countries since the Cold War ended. Every political system has potentially fatal flaws. The Soviet Union is the premier example. Neither America nor Britain is in danger yet of imploding. However, unless or until good and sound government is restored, both democracies will remain at risk.

Harlan Ullman has served on the Senior Advisory Group for Supreme Allied Commander Europe (2004-16) and is senior adviser at Washington D.C.'s Atlantic Council, chairman of two private companies and principal author of the doctrine of shock and awe. His next book, due out this year, is "Anatomy of Failure: Why America Loses Wars It Starts," which argues failure to know and to understand the circumstances in which force is used guarantees failure. Follow him on Twitter @harlankullman.

Voices // 11 months ago
COVID-19, culture wars, gun violence show America's irrationality
Russia and China, as well as some of America's closest allies, are not only questioning the rationality of this country's politics. In Moscow and Beijing, the United States is seen as a nation in decline.