Gravest threat to mankind is failure to govern 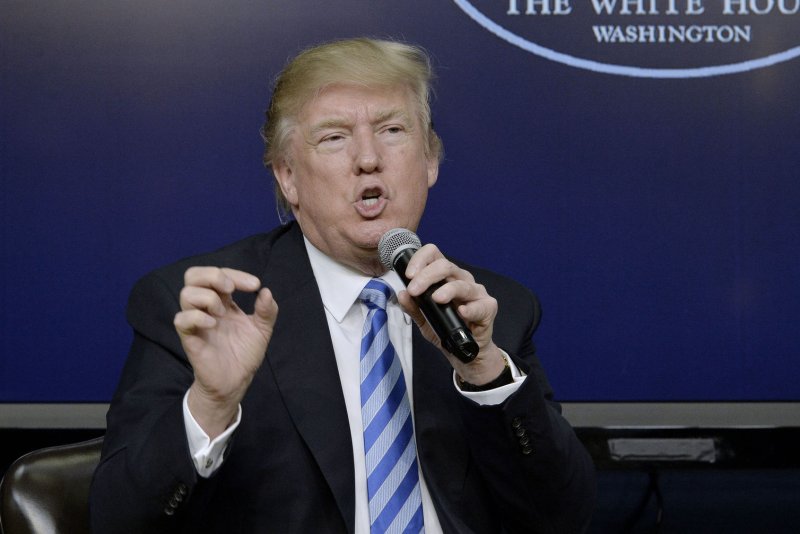 Unless President Donald Trump makes a radical course alteration in how he governs, the likelihood of improvement remains slim. Pool Photo by Olivier Douliery/UPI | License Photo

Columnists have a responsibility to admit failure. Let me expand on three of mine. First, I argued that America's national security adviser Lt. Gen. Michael Flynn would be gone in six months. I was off by five months and a week. He left after 24 days in office.

Second, in the 1990s, based on the reunification of Germany, it was clear to me that the same magnetic powers of attraction would bring North and South Korea together into a single country. Kim Jung Il was on a path where the two Koreas would become a potential economic behemoth. Boy was I wrong!

My biggest blunder, however, was after Sept. 11, 2001. Based on the history of the emergence of the Communist Party and Lenin's trip to Russia in the famous "sealed train" in 1917 and the revolution that swept away the Kerensky government and any semblance of democracy, the rise of a violent and perverted Islam as framed by al-Qaida and Osama bin Laden appeared to be an ideological plague that would spread among the then 1.3 billion Muslims living on the planet. If only one-tenth of 1 percent of Islam succumbed to this horrible epidemic, that cohort of 1.3 million would have been larger than the U.S. military.

Propelling this theory was the desperate nature of many living in conditions that were politically, economically and emotionally unbearable. The poster child for this argument was a woman -- Wafa Idris -- the first known female suicide bomber. A lawyer from a successful Palestinian family, her husband, several children and other close relatives had died or been killed in her view by the Israelis. In total desperation, revenge led her to her death as a suicide bomber.

Today, many still believe this violent pathology of extremism is the existential threat to much of society. For those living in war-torn states such as Syria, Libya, Yemen and Iraq, clearly the danger is existential. Ditto for Pakistan. And the attacks in London, Brussels, Paris, Nice and now St. Petersburg amplify the threat. However, for these states and the United States, too (where 80 percent of these attacks have been conducted by either naturally born or naturalized American citizens), the probabilities of being hit by a meteor are greater than being killed by a terrorist.

This does not diminish the need for attacking the causes and symptoms of terrorism head on. But the reality is that there are other dangers of greater moment. I failed to appreciate or recognize this fact at the time. The interventions into Afghanistan and later Iraq and the relatively modest size of subsequent terrorist attacks should have caused many to reconsider this proposition about the non-existential nature of this threat of extremism to Western and other democracies.

Of course, should these radicals obtain weapons of mass destruction and indeed a nuclear bomb or two, the calculus changes. Fortunately, while this is a nightmare contingency, virtually all states are united in helping to ensure this does not happen. North Korea is probably in this category -- probably being the key word.

As I have argued for some time, the truly gravest threat to mankind is failed and failing government. In part, this failure to govern accounts for the rise of the Islamic State, al-Qaida and other revolutionary and even anarchistic groups wishing to impose violence on society. But other potentially tectonic political and social upheavals have been generated by this failure to govern.

Brexit and the so-called rise of "populism" in the West are phenomena derived from the failure to govern. In my view, it was less the inflexibility and loss of sovereignty to Brussels as well as the seeming challenge of unrestricted immigration that caused 52 percent of Britons to vote to leave the European Union. Instead, it was the failure of the Conservative government under then-Prime Minister David Cameron to wage a competent campaign "to remain" that led to Brexit.

Similarly, voters in the Netherlands, Germany and France were and are dealing with governments that have not met expectations. Whether the latter two states will come to their senses and reject the extreme right candidates remains to be seen. But make no mistake: The grievances are due to a failure to govern and not the rise of populism.

The case study that sadly proves this argument is the United States. For the first time possibly since the Revolution in 1776, by a wide margin, Americans no longer see that the future will provide better lives for children and grandchildren than for the older generation of parents. Wage stagnation, the need for two working parents to make ends meet, the exorbitant costs of healthcare and university education and the growing gaps between super rich and everyone else have painted a grim mood in America. Donald Trump and Bernie Sanders were manifestations of this malaise together gathering perhaps half the total vote.

To Trump supporters, it makes no difference that so far his administration has failed to deliver anything except promises to drain the swamp. That this is perhaps the wealthiest Cabinet since George Washington's time makes little difference to Americans who are furious and fed up with a federal government that seems incapable of governing. The healthcare debacle and the Senate vote to confirm Supreme Court nominee Neil Gorsuch show just how gridlocked and dysfunctional government is. And unless the president makes a radical course alteration in how he governs, the likelihood of improvement remains slim.

The failure to govern is not limited only to the West and democracies. All is not well in Russia for Vladimir Putin. Nor can the ayatollahs in Iran be confident that the revolutionary zeal is permanent. And while China's President Xi Jinping may be treated to a nice stay at Mar-a-Lago in visiting with Trump, perhaps half a billion of his countrymen living at or under the poverty line remain a huge issue.

As movie mogul Sam Goldwyn once opined, "making predictions especially about the future ain't easy." Given my track record, I fully agree. However, the most trenchant sentence in the Declaration of Independence too often re-enters my thoughts: "When government becomes destructive, it is the right of the people to alter or abolish it and establish a new one." Whether or not this powerful motivation becomes the driving force of this and future decades may be the most important question that societies will have to address.

Harlan Ullman is UPI's Arnaud de Borchgrave Distinguished Columnist, a senior adviser at Washington, D.C.'s Atlantic Council and chairman of two private companies. His next book, due out this year, is "Anatomy of Failure: Why America Loses Wars It Starts," which argues that failure to know and to understand the circumstances in which force is used guarantees failure. Follow him on Twitter @harlankullman.