The two sworn-enemy nations, North Korea and South Korea, have managed to facilitate 20 family reunions since the 1980s, when tensions were at their highest. File Photo by Stephen Shaver/UPI | License Photo

Korea was divided at the end of the Korean War (1950-53), and tragically, around 10 million families were ripped apart along with it. Seven decades later, there is still no end in sight for what historians are calling "one of the longest-running humanitarian crises in modern history." An estimated 100,000 Korean-American elders (i.e., U.S. citizens) are waiting for official U.S. government approval to see their loved ones in North Korea before they die. Many have given up hope.

Interestingly, the two sworn-enemy nations, North Korea and South Korea, have managed to facilitate 20 reunions since the 1980s, when tensions were at their highest. The most recent occurred in October 2015. There's little question that these reunions helped de-escalate conflict. In all probability, they helped avert another Korean War.

Tragically, the U.S. government has yet to seriously pursue reunions for these elders, despite their obvious and urgent humanitarian need and their seeming ability to improve diplomatic relations. In 2008, President George W. Bush did little more than issue a report on the state of reunions for Korean Americans and their direct relatives in North Korea. In 2009, President Barack Obama appointed Ambassador Robert King to prioritize reunions even while formulating a "strategic patience" policy that further impeded communication with North Korea.

In 2011, King and Secretary of State Hillary Clinton met with North Korean officials to initiate a reunion pilot program, but due to a deadlock on the nuclear issue, they abandoned it soon thereafter. (All of the elders set to participate in the program are believed to have since died.) In 2015, a congressional letter to Secretary of State John Kerry asking for reunion prioritization went unanswered. This past December, the Korean-American community pushed H.Con.Res.40 through Congress, urging reunions for their divided families -- a motion that remains inert until the United States decides to initiate talks with North Korea.

For nearly a lifetime, divided families have helplessly watched their personal tragedy get tangled in the U.S.-Democratic People's Republic of Korea struggle. Either government could have initiated reunions at any time but, due to political reasons, chose not to. Thousands have gone to their graves without being able to fulfill their lifelong dream of reuniting with relatives.

If the U.S. government cannot see the innate humanitarian value of ending a decades-long forced separation of families as justifying serious pursuit of reunions alone, it should at the very least recognize its potentially significant political benefits. Our divided families are the last living connection we have to North Korea, and reunions are a good point of entry for diplomatic talks -- which, many experts say, are our last and best hope for preventing nuclear war.

While the solution may not rest on the U.S. government alone, surely it can start on a path toward one by talking to North Korea. It's the right thing to do for our country and for our divided families.

Against the skyline of walls, this bridge is one structure Trump would do well to build. Reunions are non-controversial. With North Korea, immigration, and minority rights converging at the divided families issue, reunions would address a bevy of concerns widely perceived as being neglected by the administration.

Crucially, America needs protection from a growing nuclear threat, and the divided families deserve reprieve from a lifetime of painful separation. Already in their 70s, 80s, and 90s, they are running out of time. It seems, so are we. Hardlining and sanctions won't solve the North Korea problem. Perhaps reunions won't either, but they can pave the way for talks, which can prevent war. We must exhaust all peaceful means before considering war. We must talk to North Korea. We must implement a reunion program. Public and governmental support for Korean-American divided families will go far to diminish the scars of war and may help prevent new wounds from forming.

Jeane Noh is a strategist for Divided Families USA.

Voices // 19 hours ago
Cuba's economic woes may fuel America's next migrant crisis
April 19 (UPI) -- Not all of the migrants hoping to claim asylum in the United States are fleeing Central America's violence-torn "Northern Triangle." Many are Cuban. 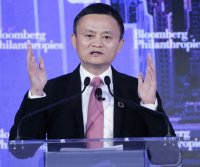 Voices // 5 days ago
160 years later, U.S. still fighting over Civil War
Many of the horrors of the Civil War have resurfaced in the debate over reparations to survivors of the some 4 million souls who were held in slavery and declaring officers in the Confederacy traitors.

Voices // 6 days ago
Pandemic gives remote workers a chance to reinvent life balance
April 13 (UPI) -- If one thing is clear about remote work, it's this: Many people prefer it and don't want their bosses to take it away.

Voices // 1 week ago
U.S. should think twice on Iran nuclear deal
April 12 (UPI) -- U.S. President Joe Biden and Secretary of State Antony Blinken are said to be keen to resurrect the Joint Comprehensive Plan of Action nuclear deal with Iran. It would be a dangerous mistake. 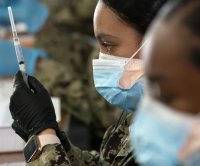