Republicans give the oil industry what it wants – less transparency 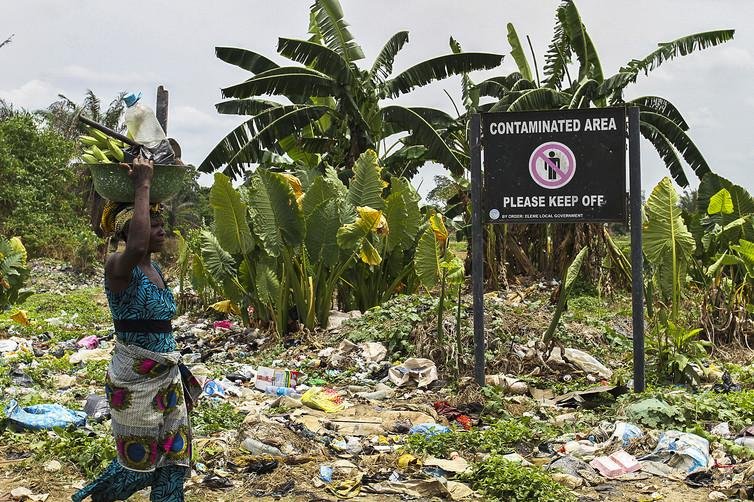 Republicans in the United States have axed Obama-era anti-corruption rules for energy and mining companies. The move, which is awaiting sign-off by President Donald Trump, reverses years of progress in a sector often accused of dodgy dealings. It also threatens to kick off a global race to the bottom, as countries compete to offer oil firms the murkiest business environment.

The rule in question is a requirement for American oil, gas and mining companies to publicly disclose all payments of $100,000 or more to foreign governments in connection with projects abroad. A version of the rule was first adopted in 2012 under the Dodd-Frank Act, passed in response to the financial crisis. After several years of legal battles with industry lobbyists, the latest version was implemented in 2016.

On Friday the Republican-controlled Senate passed a resolution to scrap the requirement entirely. The resolution has already passed through the House of Representatives, and Trump is expected to give final approval within days.

Energy firms have always been bitterly opposed to these rules – and for good reason. For decades, many of them have used corruption to exploit developing countries that are resource-rich but badly governed. As far back as 1976 the Watergate scandal revealed several well-known American oil companies had counterfeited their records abroad or utilized shell companies in tax havens such as the Bahamas. It is not surprising that Rex Tillerson, Trump's new secretary of state, personally lobbied against those transparency rules when he was Exxon's top executive.

The Republicans have sided firmly with the energy firms. The latest resolution was sponsored by Sen. James Inhofe from oil-rich Oklahoma, a man who once displayed a snowball in Congress to show global warming wasn't happening. In the Senate, Inhofe argued the previous transparency "struck at the heart of American competitiveness" by making public information held by the United States' "very best companies" on "how to win oil and gas deals" – information that foreign competitors don't have to provide.

In other words, in the wake of Trump's desire to cut regulations for American businesses, the Republicans have decided to deliberately give a green light to secret and potentially corrupt deals abroad – all to protect the competitiveness of U.S. energy companies.

Trump was supposed to be a champion of impoverished middle-class Americans, of course, shunned by a corrupt political establishment. More and more that looks like a bad joke. A series of blatant conflicts of interest and special political interventions are proving just the opposite.

Across the world, the energy sector is particularly prone to corruption. Partly, this is down to the uneven distribution of oil and gas reserves, which boosts their geopolitical importance and means countries who need to import energy may feel they're forced to bend or break the rules.

The concentration of enormous amounts of wealth in relatively few countries and firms also gives the sector "an unfair advantage in the political marketplace," with professional lobbyists able to influence government decisions.

Energy industry corruption is so pervasive that a country can even discover lots of oil and gas and yet still see its development decline – a paradoxical phenomenon known as "resource curse". The Niger delta provides a perfect example, where vast oil reserves have led to conflict and a tremendous amount of crude spilled from pipelines has harmed the local environment and people.

Cleaning up the oil industry

Yet despite this grim scenario, the sector was actually becoming less corrupt before the latest intervention. The process started in the 1970s after the public condemnation that followed Watergate. It was then indirectly fostered by further economic globalization, which inherently requires a trading system with at least some transparency and fair dealing.

Over the past two decades, anti-corruption laws were passed at the international level by organizations like the U.N. or the OECD, while individual countries imposed their own rules like the U.K.'s Bribery Act 2010.

In the United States, opposition to corruption made it into the Obama administration's National Security Strategy which was adopted in May 2010. Three years later, the EU, following America's example, adopted a new Accounting Directive, which requires oil, gas and mining companies to publish details of payments made during their commercial operations.

The complete change in the United States' anti-corruption strategy risks sending everyone back to the old days when multinational corporations acted with impunity. In fact, it is hard to believe that other virtuous countries will continue to impose transparency rules that are more stringent than those applicable to the firms of the world's largest economy.

Congress' decision represents a major blow to global anti-corruption efforts. And, as the Panama Papers demonstrated for the umpteenth time, corruption primarily benefits the dominant class of a country. No wonder politicians are rarely serious about tackling it.

Costantino Grasso is a lecturer in business management and law at the University of East London.