Time to commit to cleaning up Arctic shipping

By Sian Prior, Arctic Deeply 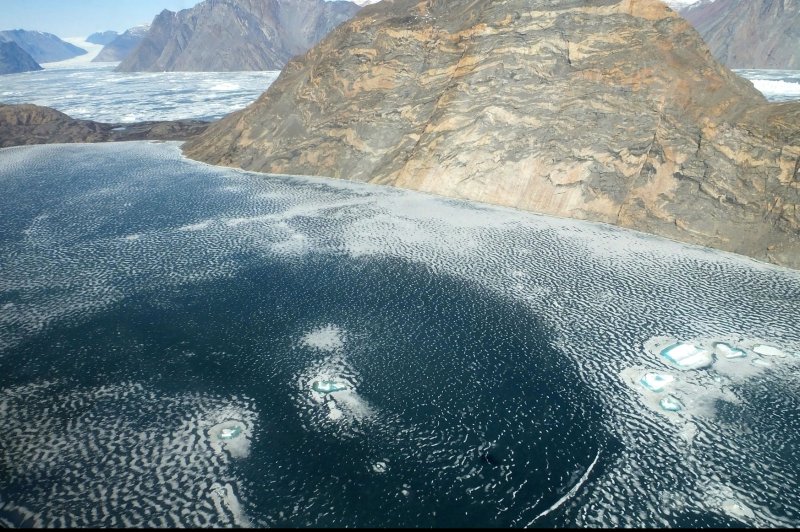 Jan. 24 (UPI) -- This week hundreds of delegates will converge on the Norwegian city of Tromsø for the annual Arctic Frontiers conference. It's where government ministers, Arctic officials and representatives from the shipping, energy and tourism industries get together to talk science, policy and business. It's also attended by many scientists, journalists, representatives from Indigenous peoples' organizations and environmental campaigners.

I'll be there to talk business – the business of getting polluting heavy fuel oil out of Arctic shipping. During a side event on Wednesday, CEO Daniel Skjeldam will sign the Arctic Commitment on behalf of expedition cruise operator Hurtigruten, while Bellona founder and president Frederic Hauge and European Climate Foundation managing director Christoph Wolff will sign on behalf of the Clean Arctic Alliance.

The Arctic Commitment is a clarion call to businesses and organizations working in the Arctic and beyond to join us in recognizing that the rapid changes happening to the Arctic have repercussions elsewhere. To this end, the commitment is a way of calling on the International Maritime Organization, the U.N. body responsible for regulating global shipping, to phase out the use of heavy fuel oil by 2020, and to urge the shipping industry to switch to higher quality, alternative fuels before that ban is in place.

Heavy fuel oil – often called HFO – is a dirty, highly polluting and viscous fossil fuel that poses a problem for the marine environment and climate wherever it's used by the shipping industry. If HFO is spilled in cold Arctic waters, it breaks down even more slowly and will have devastating long-term impacts on Arctic communities, livelihoods and ecosystems.

The burning of HFO as marine fuel is also the source of harmful and significantly high emissions of air pollutants, including sulphur oxide, nitrogen oxide, particulate matter and black carbon. When emitted and deposited on Arctic snow or ice, the climate-warming effect of black carbon is at least three times more than when emitted over open ocean. HFO use has been banned in the Antarctic; now it's time for it to be banned in the Arctic.

Arctic waters are incredibly productive ocean ecosystems, providing sustenance to large populations of whales, seals, walruses and seabirds. Several high-volume fisheries rely on the incredibly fertile Arctic waters, as do the Arctic communities that dot the region's coastlines. With ship traffic increasing in the region, ending the use of HFO in Arctic waters is a clear way of protecting these ecosystems – and the momentum to get rid of HFO is growing.

During the October 2016 Marine Environment Protection Committee meeting of the International Maritime Organization in London, several countries, as well as the committee's secretary-general, Kitack Lim, agreed on the need for further consideration of the risks of HFO.

During the meeting, a delegation of Arctic Indigenous leaders from Russia, the United States and Canada addressed the IMO for the first time since its founding in 1951, to outline the need for ongoing Indigenous engagement from the IMO, the benefits and threats posed by shipping – including the use of HFO – as well as food security and way of life in the North. Currently, the IMO is not advised by an indigenous delegation when setting shipping policy – and the Clean Arctic Alliance believes that this must change.

Then, in December 2016, Canada and the United States announced a joint "phase-down" of HFO from their respective Arctic regions. Both countries had already formally notified the IMO in September that a "heavy fuel oil spill in the Arctic could cause long-term damage to the environment" and have agreed to propose a plan for the next meeting in July 2017, to implement the necessary work.

The Danish Shipowners' Association and our Arctic Commitment partner Hurtigruten have already called for regulating or banning the use of HFO in the Arctic. The Association of Arctic Expedition Cruise Operators, Danish political party Venstre and Finnish icebreaker firm Arctia have also expressed their support for an Arctic HFO ban.

With ship traffic in the Arctic expected to grow dramatically as Arctic sea ice continues to decline, we're beginning to see real regional and industry leadership toward protecting the Arctic from future harm. Now we want to see this action replicated throughout the Arctic region, and at the IMO.

The need to get HFO out of Arctic waters is beyond debate. What is needed now is the action and impetus from government and industry to ensure that the Arctic is no longer at risk from spills or the burning of HFO. Using HFO may be a cheap way of fueling ships, but it's neither a clever nor clean way to do business. Getting rid of HFO can only be a good thing for the Arctic, our oceans and our climate.

In Tromsø, and in the months that follow, we will lay down a challenge to business leaders and civil society to stand with us by signing the Arctic Commitment. I look forward to finding out which companies have the vision not only to demand the adoption of an HFO ban but also to recognize the twilight of the fossil fuel era.

Sian Prior is a marine scientist and lead adviser to the Clean Arctic Alliance, a coalition of nonprofit groups campaigning to end the use of heavy fuel oil in Arctic shipping. This article originally appeared on Arctic Deeply, and you can find the original here. For important news about Arctic geopolitics, economy, and ecology, you can sign up to the Arctic Deeply email list.