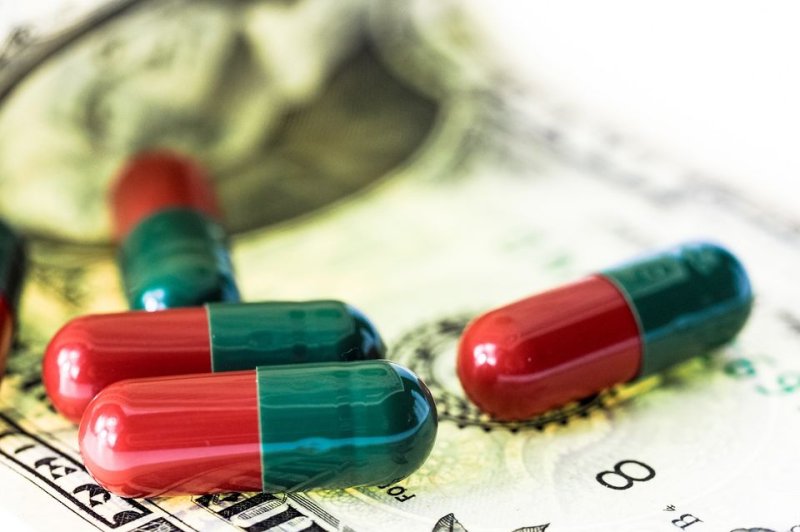 Government audits have uncovered about $12 million in net Medicare Advantage overpayments for the care of 18,090 patients sampled, though the actual losses to taxpayers are likely much higher. The fast-growing alternative to original Medicare is run primarily by major insurance companies. File Photo by TBIT/Pixabay

Nov. 23 (UPI) -- Newly released federal audits reveal widespread overcharges and other errors in payments to Medicare Advantage health plans for seniors, with some plans overbilling the government more than $1,000 per patient a year on average.

Summaries of the 90 audits, which examined billings from 2011 through 2013 and are the most recent reviews completed, were obtained exclusively by KHN through a three-year Freedom of Information Act lawsuit, which was settled in late September.

The government's audits uncovered about $12 million in net overpayments for the care of 18,090 patients sampled, though the actual losses to taxpayers are likely much higher. Medicare Advantage, a fast-growing alternative to original Medicare, is run primarily by major insurance companies.

Officials at the Centers for Medicare & Medicaid Services have said they intend to extrapolate the payment error rates from those samples across the total membership of each plan -- and recoup an estimated $650 million as a result.

But after nearly a decade, that has yet to happen. CMS was set to unveil a final extrapolation rule Nov. 1 but put that decision off until February.

Ted Doolittle, a former deputy director of CMS' Center for Program Integrity, which oversees Medicare's efforts to fight fraud and billing abuse, said the agency has failed to hold Medicare Advantage plans accountable. "I think CMS fell down on the job on this," said Doolittle, now the healthcare advocate for the state of Connecticut.

Doolittle said CMS appears to be "carrying water" for the insurance industry, which is "making money hand over fist" off Medicare Advantage. "From the outside, it seems pretty smelly," he said.

In an email response to written questions posed by KHN, Dara Corrigan, a CMS deputy administrator, said the agency hasn't told health plans how much they owe because the calculations "have not been finalized."

Corrigan declined to say when the agency would finish its work. "We have a fiduciary and statutory duty to address improper payments in all of our programs," she said.

The 90 audits are the only ones CMS has completed over the past decade, a time when Medicare Advantage has grown explosively. Enrollment in the plans more than doubled during that period, passing 28 million in 2022, at a cost to the government of $427 billion.

CMS paid the remaining plans too little on average, anywhere from $8 to $773 per patient.

Auditors flag overpayments when a patient's records fail to document that the person had the medical condition the government paid the health plan to treat, or if medical reviewers judge the illness is less severe than claimed.

That happened on average for just over 20% of medical conditions examined over the three-year period; rates of unconfirmed diseases were higher in some plans.

As Medicare Advantage's popularity among seniors has grown, CMS has fought to keep its audit procedures, and the mounting losses to the government, largely under wraps.

That approach has frustrated both the industry, which has blasted the audit process as "fatally flawed" and hopes to torpedo it, and Medicare advocates, who worry some insurers are getting away with ripping off the government.

"At the end of the day, it's taxpayer dollars that were spent," said David Lipschutz, a senior policy attorney with the Center for Medicare Advocacy. "The public deserves more information about that."

At least three parties, including KHN, have sued CMS under the Freedom of Information Act to shake loose details about the overpayment audits, which CMS calls Risk Adjustment Data Validation.

In one case, CMS charged a law firm an advance search fee of $120,000 and then provided next to nothing in return, according to court filings. The law firm filed suit last year, and the case is pending in federal court in Washington.

KHN sued CMS in September 2019 after the agency failed to respond to a FOIA request for the audits. Under the settlement, CMS agreed to hand over the audit summaries and other documents and pay $63,000 in legal fees to Davis Wright Tremaine, the law firm that represented KHN. CMS did not admit to wrongfully withholding the records.

Most of the audited plans fell into what CMS calls a "high coding intensity group." That means they were among the most aggressive in seeking extra payments for patients they claimed were sicker than average. The government pays the health plans using a formula called a "risk score" that is supposed to render higher rates for sicker patients and lower ones for healthier ones.

But often medical records supplied by the health plans failed to support those claims. Unsupported conditions ranged from diabetes to congestive heart failure.

Overall, average overpayments to health plans ranged from a low of $10 to a high of $5,888 per patient collected by Touchstone Health HMO, a New York health plan whose contract was terminated "by mutual consent" in 2015, according to CMS records.

Most of the audited health plans had 10,000 members or more, which sharply boosts the overpayment amount when the rates are extrapolated.

In all, the plans received $22.5 million in overpayments, though these were offset by underpayments of $10.5 million.

UnitedHealthcare and Humana, the two biggest Medicare Advantage insurers, accounted for 26 of the 90 contract audits over the three years.

Eight audits of UnitedHealthcare plans found overpayments, while seven others found the government had underpaid.

UnitedHealthcare spokeswoman Heather Soule said the company welcomes "the program oversight that RADV audits provide." But she said the audit process needs to compare Medicare Advantage to original Medicare to provide a "complete picture" of overpayments. "Three years ago, we made a recommendation to CMS suggesting that they conduct RADV audits on every plan, every year," Soule said.

Humana's 11 audits with overpayments included plans in Florida and Puerto Rico that CMS had audited twice in three years.

The Florida Humana plan also was the target of an unrelated audit in April 2021 by the Health and Human Services inspector general. That audit, which covered billings in 2015, concluded Humana improperly collected nearly $200 million that year by overstating how sick some patients were. Officials have yet to recoup any of that money, either.

In an email, Humana spokeswoman Jahna Lindsay-Jones called the CMS audit findings "preliminary" and noted they were based on a sampling of years-old claims.

"While we continue to have substantive concerns with how CMS audits are conducted, Humana remains committed to working closely with regulators to improve the Medicare Advantage program in ways that increase seniors' access to high-quality, lower cost care," she wrote.

Results of the 90 audits, though years old, mirror more recent findings of a slew of other government reports and whistleblower lawsuits alleging that Medicare Advantage plans routinely have inflated patient risk scores to overcharge the government by billions of dollars.

Brian Murphy, an expert in medical record documentation, said collectively the reviews show that the problem is "absolutely endemic" in the industry.

Auditors are finding the same inflated charges "over and over again," he said, adding: "I don't think there is enough oversight."

When it comes to getting money back from the health plans, extrapolation is the big sticking point.

Although extrapolation is routinely used as a tool in most Medicare audits, CMS officials have never applied it to Medicare Advantage audits because of fierce opposition from the insurance industry.

"While this data is more than a decade old, more recent research demonstrates Medicare Advantage's affordability and responsible stewardship of Medicare dollars," said Mary Beth Donahue, president of the Better Medicare Alliance, a group that advocates for Medicare Advantage. She said the industry "delivers better care and better outcomes" for patients.

But critics argue that CMS audits only a tiny percentage of Medicare Advantage contracts nationwide and should do more to protect tax dollars.

Doolittle, the former CMS official, said the agency needs to "start keeping up with the times and doing these audits on an annual basis and extrapolating the results."

But Kathy Poppitt, a Texas healthcare attorney, questioned the fairness of demanding huge refunds from insurers so many years later. "The health plans are going to fight tooth and nail and not make this easy for CMS," she said.

KHN (Kaiser Health News) is a national newsroom that produces in-depth journalism about health issues. Together with Policy Analysis and Polling, KHN is one of the three major operating programs at KFF (Kaiser Family Foundation). KFF is an endowed nonprofit organization providing information on health issues to the nation.

U.S. News // 5 hours ago
Storm with high winds, colder air to blast across Midwest, Northeast
More than 125 million people from the Midwest to the Northeast could face disruptive wind gusts from a powerful storm system from Tuesday to Wednesday.

U.S. News // 6 hours ago
Severe weather to threaten 25 million from Texas to Illinois
Approximately 25 million people in the south-central United States will be at risk for severe thunderstorms on Tuesday alone.