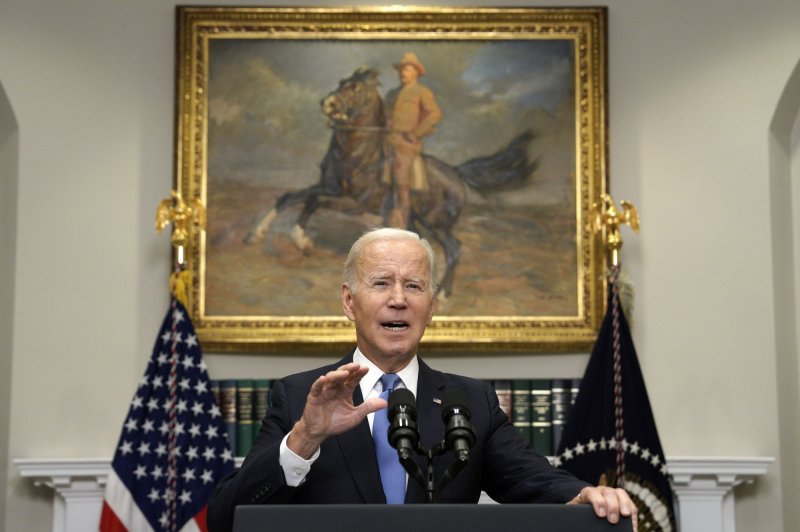 Sept. 30 (UPI) -- South Carolina and the east coast are bracing for Hurricane Ian, as the storm prepares to make a second U.S. landfall, after already devastating much of Florida.

"By approving it early, ahead of the storm's landfall in South Carolina, we can get supplies and provide shelter if necessary," Biden said. "My message to the people of South Carolina is simple, please listen to all the warnings and directions from local officials and follow their directions."

"The President told the Governor that the Administration is here to provide whatever assistance the people of South Carolina need, and asked the Governor to stay in touch," a White House readout said.

While many Floridians made plans to leave ahead of Ian's arrival, South Carolina residents have been taking a different approach. The Post and Courier reported that there have been no evacuation orders, although many people are stocking up on bottled water, lanterns and paper towels.

Crews in downtown Charleston have created dams that can hold 2.5 feet of water, and residents have taken to creating their own dams out of sandbags. It is expected that Ian could bring some of the worst flooding seen in the state since Hurricane Hugo in 1989.

"We're going to have some water in the city tomorrow, folks," Tecklenburg said, according to the Post and Courier.

Norman Levine, the director of the Lowcountry Hazards Center at the College of Charleston, said that Ian's impact is likely worsened by global warming.

"Ian's large footprint is one of those climate change signals - storms that are getting bigger because warmer air holds more water," he told the Post and Courier.

U.S. News // 2 hours ago
Hawaii's Mauna Loa volcano erupts after 38 years
Nov. 28 (UPI) -- Mauna Loa, one of the five volcanoes that form Hawaii's Big Island, is erupting for the first time in 38 years, though no evacuations have yet been ordered.

U.S. News // 6 hours ago
Rescuers save 2 people from plane dangling from power lines
Nov. 28 (UPI) -- Rescuers in Maryland early Monday successfully extracted two people from a plane that was dangling 100 feet above the ground from a transmission tower in the city of Gaithersburg, authorities said.

U.S. News // 9 hours ago
Houston issues boil water notice; some schools to remain closed Monday
Nov. 28 (UPI) -- The City of Houston has issued a boil water notice to its millions of residents after water pressure in its main system dropped over the weekend, prompting several school districts to cancel classes for Monday.

U.S. News // 12 hours ago
Rescue mission underway for occupants of plane dangling from Maryland power lines
Nov. 27 (UPI) -- Authorities were working to extract a pilot and a passenger from a small plane dangling 100 feet above the ground Sunday night after it crashed into power lines in Maryland.