Members of the European Union are busy looking for alternatives to Russian fuels. 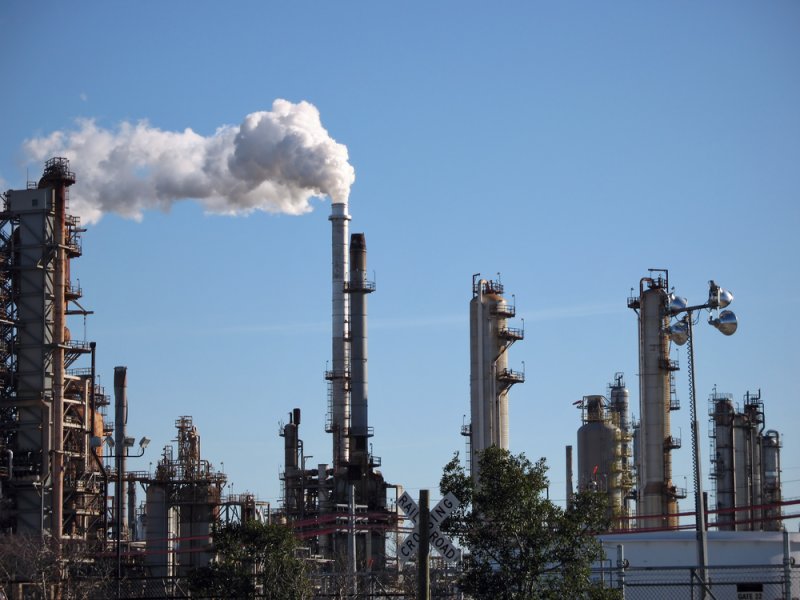 Russia is among the world's leading suppliers of natural gas, crude oil and refined petroleum products. Western powers since the Russian assault on Ukraine began in late February have sought to limit what goes to the Kremlin's war chest by sanctioning its oil and gas trade.

That leaves it to the likes of the United States, now a premier oil and natural gas supplier in its own right, to fill some of the void.

The Energy Information Administration, part of the Energy Department, said in a briefing Monday that total U.S. exports of petroleum products averaged nearly 6 million barrels per day during the first six months of the year. That's the most ever for a six-month period since record-keeping began in 1973.

And when compared with the first half of 2021, total U.S. petroleum product exports are up 11%, or 595,000 bpd, which is the fastest growth rate for the period since 2017. Refineries, meanwhile, were operating at 93.6% of the total capacity during the week ending Sept. 16, EIA data show, up from the 91.5% level reported during the week ending Sept. 9.

Of the refined petroleum products finding their way to the global market, EIA said it was distillates -- a product that includes diesel -- that saw the most increase.

"High demand and low inventories globally, along with economic sanctions against Russia and self-sanctioning by some firms after Russia's full-scale invasion of Ukraine in February, have disrupted global distillate trade," EIA stated.

Self-sanctioning refers to a corporate practice of avoiding trade for fear of getting caught in the web of Western-backed limits.

Separate data from the Energy Department finds that most exports of refined petroleum products, however, seem to be staying in North America, though Japan is another top destination. So far, EIA explained that flows to the European market from Russia have not changed all that much.

That will change, however. By December, members of the European Union are expected to place a moratorium on Russian crude oil imports and a similar ban on refined products goes into effect in February.

That may leave Europe struggling with supplies during the winter. Apart from refined products, the European market is facing a severe gas shortage. In its monthly market report for September, EIA stated that natural gas pipeline imports from Russia are at their lowest in 40 years.

U.S. News // 18 minutes ago
Texas megachurch pastor returns from suspension
Dec. 5 (UPI) -- A married pastor of a Texas megachurch has been restored to his position after serving a three-month suspension for Instagram messages between him and another woman.

U.S. News // 2 hours ago
Trial of ex-Fort Worth police officer Aaron Dean starts Monday
Dec. 5 (UPI) -- Opening arguments for the trial of a white former police officer in Texas who killed a Black woman inside her home in 2019 that sparked racial protests started Monday without any Black jurors.

U.S. News // 4 hours ago
2022 year in review: Roe vs. Wade, War in Ukraine, losing Queen Elizabeth II
Dec. 5 (UPI) -- From abortion rights to war in Ukraine, the past year has seen Americans and the world face several historic events.

U.S. News // 10 hours ago
Police: Child safe after seeing mother fatally shot outside Texas hospital
Dec. 5 (UPI) -- Police in Houston said an 8-year-old girl was safe after witnessing a man fatally shoot her mother before turning the weapon on himself in the parking lot of the Texas Children's Hospital.

U.S. News // 22 hours ago
Gunfire damaged North Carolina power station, outage ongoing
Dec. 4 (UPI) -- Nearly 40,000 customers were still without power in North Carolina on Sunday night, after an apparent incident of vandalism involving the use of a firearm cut power a night prior in Moore County.