Official Nielsen figures, the industry standard, are not yet available but an Amazon memo says the company's first exclusive NFL Thursday night broadcast was preceded by a record number of Prime subscriptions. File Photo by Jon SooHoo/UPI | License Photo

Sept. 20 (UPI) -- Amazon's first broadcast of Thursday Night Football produced the most signups ever for Prime subscriptions over a three-hour period, according to a company memo.

The streaming service aired the game last week between the Los Angeles Chargers and Kansas City Chiefs. It was Amazon's first since it acquired exclusive rights to the NFL's Thursday night games 18 months ago.

The company memo outlining the data was reported by CNBC and GeekWire.

New signups during the game even exceeded similar blocks of time on Amazon's Prime Day and other big shopping days.

Amazon has exclusive rights to Thursday games as part of an 11-year rights deal worth about $1 billion per year.

"By every measure, Thursday Night Football on Prime Video was a resounding success," Jay Marine, head of Amazon's sports division, said in the memo according to CNBC.

Marine also said Amazon's numbers show that the audience size "exceeded all of our expectations for viewership."

The new milestone for Amazon comes at a time when streaming live events is more popular than ever. In fact, streaming viewership in July surpassed cable-subscription viewership in the United States for the first time ever.

To help pay for its new NFL package, Amazon announced a price hike for Prime membership in February and the new rates took effect in March. The annual rate climbed by $20 and the monthly rate increased $2.

At the time, Amazon said there were 80 million active Prime Video households in the United States.

The week in the National Football League 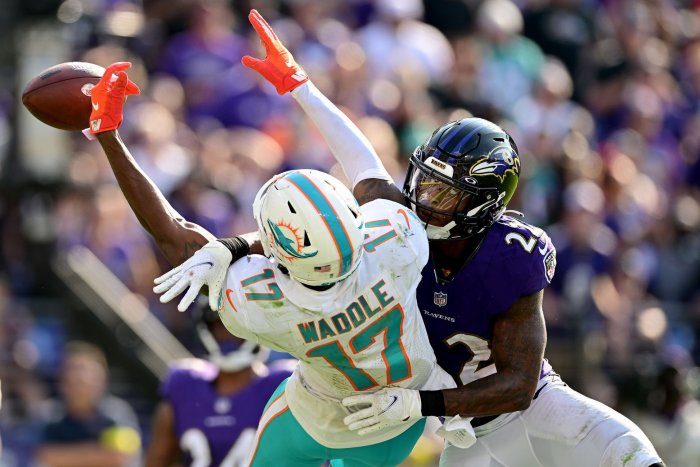 U.S. News // 15 hours ago
3-year-old killed during road rage incident in Chicago
Oct. 1 (UPI) -- A 3-year-old boy was shot and killed while in a car with his mother on the Southwest side of Chicago.

U.S. News // 23 hours ago
At least 35 killed by Hurricane Ian in Lee County, Fla., sheriff says
Oct. 1 (UPI) -- At least 35 people were killed in the Florida county that absorbed the most direct hit from Hurricane Ian earlier this week, the area's sheriff said Saturday.

U.S. News // 19 hours ago
Forecasters monitoring what's next in the Atlantic in wake of Ian
As Ian unravels across the mid-Atlantic states, meteorologists are monitoring the Atlantic basin where new tropical storm development may soon happen.