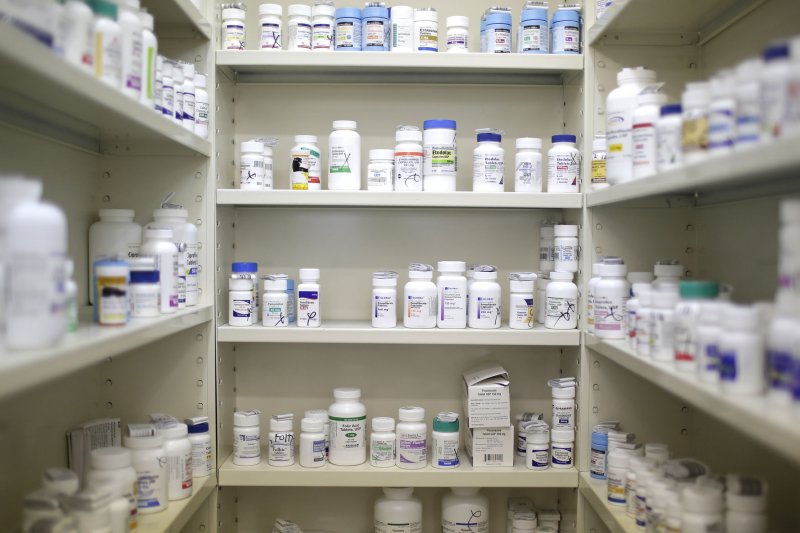 Last fall, a federal jury concluded that the chains were liable for the opioid epidemic. It was the first trial in the United States to target the chains over the addiction crisis. File Photo by John Angelillo/UPI | License Photo

Aug. 18 (UPI) -- A federal judge in Ohio has ordered three national retail chains -- Walmart, Walgreens and CVS -- to pay $650 million to two counties near Cleveland over their roles in distributing opioid painkillers.

The ruling, which stemmed from lawsuits filed by both counties against the chains, said they must pay the money to help efforts to fight opioid addiction.

Prosecutors in Lake and Trumbull counties said that Walgreen Boots Alliance, CVS and Walmart failed to ensure that prescriptions they received for painkillers like fentanyl and OxyContin were valid between 1999 and 2019.

U.S. District Judge Dan Polster agreed and said the epidemic created a severe economic strain on the counties' resources, social programs and legal systems. The total estimated cost of the impact was $3.3 billion.

Last fall, a federal jury concluded that the chains were partly liable for the opioid epidemic in the counties. It was the first trial in the United States to target the chains over the addiction crisis.

Walgreens, CVS and Walmart are expected to appeal the ruling, which orders the companies to immediately pay more than $80 million of the penalty to cover the first two years of payments. File Photo by John Angelillo/UPI
Advertisement

"After years of doing what we could with limited resources, Lake County will finally receive the funds that are desperately needed to help abate the opioid epidemic from our community," Lake County Commissioner John Hamercheck told the Cleveland Plain Dealer.

All three companies said they would appeal the ruling and blamed "pill-mill" doctors who actually wrote the prescriptions for powerful and highly addictive opiate painkillers.

"We never manufactured or marketed opioids nor did we distribute them to the 'pill mills' and Internet pharmacies that fueled this crisis," Walgreens said, according to BBC News.

"The plaintiffs' attempt to resolve the opioid crisis with an unprecedented expansion of public nuisance law is misguided and unsustainable."

The companies are ordered to pay Lake County $306 million over 15 years and Trumbull County $344 million over the same period. The judge also ordered them to pay almost $90 million of that money immediately to cover the first two years of payments.

U.S. News // 15 minutes ago
Police search for family kidnapped from Merced business
Oct. 4 (UPI) -- Authorities in California's Central Valley said they are searching for a man accused of kidnapping four people, including an 8-month-old infant and her two parents.

U.S. News // 1 hour ago
Hurricane Ian death toll climbs as questions swirl over evacuations
Oct. 4 (UPI) -- The death toll from Hurricane Ian has continued to climb with officials counting dozens dead five days after Hurricane Ian made landfall on Florida's west coast as a Category 4 storm, leaving a path of destruction in its

U.S. News // 12 hours ago
U.S. postal workers arrested in $1.3M fraud, identity theft scheme
Oct. 3 (UPI) -- Three U.S. postal workers, in New York and New Jersey, have been arrested for allegedly stealing credit cards from the mail and using them to buy luxury items to sell online, according to the Department of Justice.