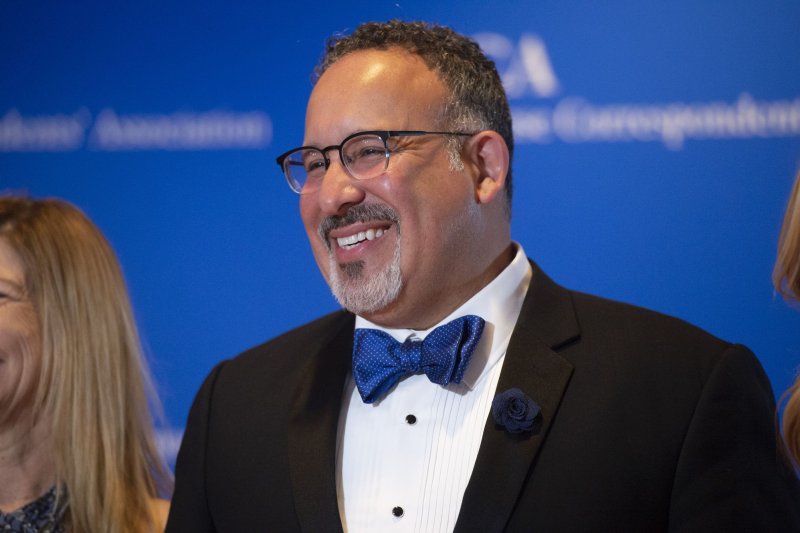 Aug. 16 (UPI) -- The Education Department said it will discharge all remaining federal student loans for borrowers who attended ITT Technical Institute from 2015 through September 2016.

The decision affects 208,000 borrowers who owed some $3.9billion in loans. Education Secretary Miguel Cardona said those borrowers were misled with "lies and false promises" about the ITT and their job promises.

The department reviewed internal records from ITT, along with interviewing borrowers, ITT managers and recruiters before making their decision.

"The evidence shows that for years, ITT's leaders intentionally misled students about the quality of their programs in order to profit off federal student loan programs, with no regard for the hardship this would cause," Cardona said in a statement.

"The Biden-Harris administration will continue to stand up for borrowers who've been cheated by their colleges, while working to strengthen oversight and enforcement to protect today's students from similar deception and abuse."

The department said the decision will include ITT borrowers who have not yet applied for the borrower defense to repayment discharge,allowing them to have the loan forgiven without any additional action on their part.

"ITT defrauded hundreds of thousands of students, as we identified when I was the director of the Consumer Financial Protection Bureau," said Federal Student Aid Chief Richard Cordray in a statement.

"By delivering the loan relief students deserve, we are giving them the opportunity to resume their educational journey without the unfair burden of student debt they are carrying from a dishonest institution."

The Education Department said it also formally notified DeVry University that it is required to pay millions of dollars for approved borrower defense applications. The department said DeVry will be able to appeal that decision with its Office of Hearings and Appeals.

U.S. News // 3 hours ago
Former Army reservist convicted of being Chinese agent
Sept. 27 (UPI) -- A former U.S. Army reservist was convicted of acting within the United States as an illegal agent of the People's Republic of China, the Justice Department confirmed on Tuesday.

U.S. News // 10 hours ago
FEMA to Florida residents: Don't underestimate Hurricane Ian's strength
Sept. 27 (UPI) -- Evacuations have stepped up along the Florida Gulf Coast and Tampa Bay as Hurricane Ian intensifies to a Category 3 hurricane ahead of its expected landing in the Sunshine State.

U.S. News // 7 hours ago
Legal organization sues to stop Biden's student debt forgiveness
Sept. 27 (UPI) -- A nonprofit legal group that aims to fight "government overreach" sued the U.S. Department of Education on Tuesday, seeking to block the Biden administration's move to forgive up to $20,000 in student debt per borrower.

U.S. News // 10 hours ago
U.S. government funding proposal may be a non-starter
Sept. 27 (UPI) -- Energy proposals included in a continuing funding resolution by U.S. Sen. Joe Manchin, a Democrat representing West Virginia, could kill the progress of a measure meant to keep the federal government functioning.