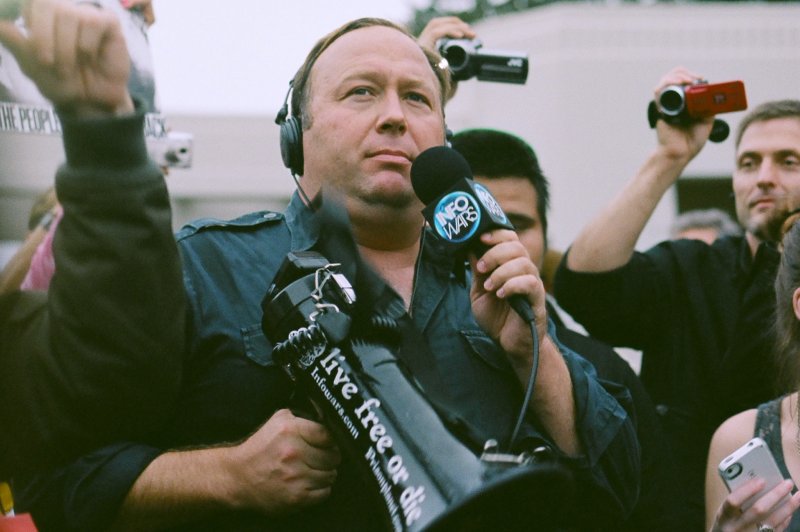 The decision came after the jury on Thursday decided that Jones must pay $4.1 million in compensatory damages to Jesse's parents Scarlett Lewis and Neil Heslin.

Jones faced multiple lawsuits after having claimed over the years that the 2012 mass shooting at Sandy Hook Elementary School in Connecticut was a staged government conspiracy meant to take away guns from Americans.

He was found liable by default in November after he refused to hand over documents ordered by the court and this week faced the first of three trials to determine how much he owes the members of ten families that filed lawsuits against him.

RELATED Alex Jones worth up to $240M, financial expert testifies

Jones finally admitted that the mass shooting was real during his testimony Wednesday.

"We ask that you send a very, very simple message and that is, stop Alex Jones. Stop the monetization of misinformation and lies. Please," Lewis and Heslin's attorney Wesley Todd Ball told the jury Friday, according to CNN.

The punitive damages are used as punishment and deterrent against future defamatory behavior but could be lowered by Judge Maya Guerra Gamble.

Gamble told the court that she will not prevent the lawyers for Sandy Hook families from giving to law enforcement and the U.S. House committee investigating the Jan. 6 insurrection at the U.S. Capitol an "entire digital copy" of Jones' cellphone sent to him by Jones' lawyer, The New York Times reported.

The judge also said that another damages trial against Jones is scheduled for Sept. 14 to determine potential awards to Lenny Pozner and Veronique De La Rosa, parents of the youngest Sandy Hook victim Noah Pozner.

"We are very pleased with the result. We think the jury seriously considered the issues. We think the verdict was too high," Jones's lawyer, F. Andino Reynal, said outside the courthouse.

U.S. News // 11 hours ago
National Archives tells House Oversight Committee it is still missing records from Trump officials
Oct. 1 (UPI) -- The National Archives and Records Administration penned a letter to the House Oversight Committee on Friday revealing that it has not received certain records from the administration of former President Donald Trump.

U.S. News // 15 hours ago
3-year-old killed during road rage incident in Chicago
Oct. 1 (UPI) -- A 3-year-old boy was shot and killed while in a car with his mother on the Southwest side of Chicago.

U.S. News // 23 hours ago
At least 35 killed by Hurricane Ian in Lee County, Fla., sheriff says
Oct. 1 (UPI) -- At least 35 people were killed in the Florida county that absorbed the most direct hit from Hurricane Ian earlier this week, the area's sheriff said Saturday.

U.S. News // 19 hours ago
Forecasters monitoring what's next in the Atlantic in wake of Ian
As Ian unravels across the mid-Atlantic states, meteorologists are monitoring the Atlantic basin where new tropical storm development may soon happen.