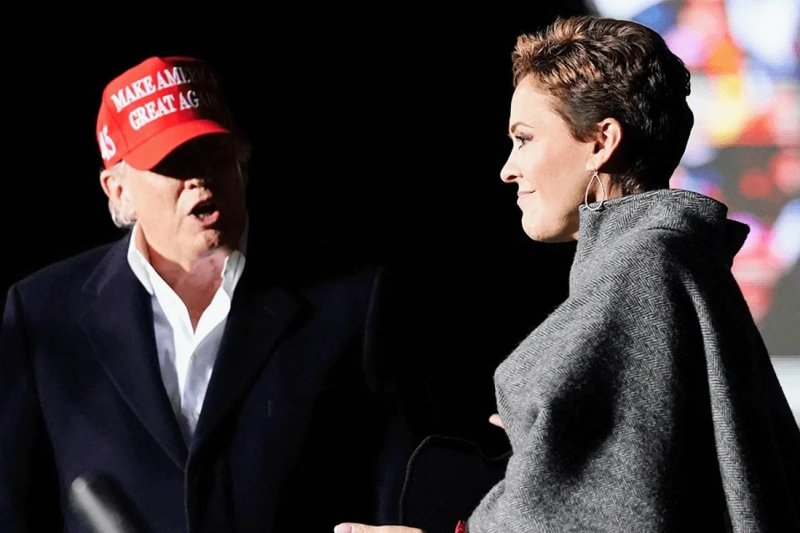 Aug. 5 (UPI) -- Arizona gubernatorial candidate Kari Lake, who won the support from former President Donald Trump by questioning the outcome of the 2020 presidential election, has won the state's Republican primary.

"Though the results took longer than they should have, Arizonans who have been forgotten by the establishment just delivered a political earthquake," Lake said according to the Arizona Republic.

Lake will go up against Democratic nominee Katie Hobbs in the general election in November. Hobbs has mostly maintained a healthy lead over Lake, according to polling.

Voters in Tennessee also went to the polls on Thursday.

Martin, a Nashville physician, had won 39% of the vote by early Friday -- and Smiley, a Memphis city councilman, had won 38.7%.

Most of the remaining votes to be counted were in Shelby County, where Memphis is located.

"The campaign team is confident in the vote that is remaining out there," Martin said Thursday night according to The Tennessean. "We feel really good about the numbers tonight, otherwise we wouldn't be here."

In Tennessee's closely watched Republican primary for the 5th House District, Maury County Mayor Andy Ogles emerged from a nine-person field to win with 37% of the vote. Trump stayed out of the race after his preferred candidate Morgan Ortagus was pulled from the ballot over residency issues.

Ogles had previously made headlines by calling President Joe Biden's administration "a criminal enterprise" and saying that Biden and Homeland Security Secretary Alejandro Mayorkas should be "impeached and then tried for treason."

U.S. News // 2 hours ago
Brother of former NFL DB wanted after deadly shooting at youth football game
Aug. 15 (UPI) -- The brother of Aqib Talib, a former cornerback for the NFL's Denver Broncos, is wanted by police after a man was shot dead at a youth football game in Texas over the weekend.

U.S. News // 6 hours ago
Forecasters say Western states will sizzle this week amid excessive heat watches
Summer heat is set to build across the West as a gradual shift in the weather pattern occurs this week, with forecasters saying temperatures could climb almost 20 degrees above average in some areas over the coming days.

U.S. News // 22 hours ago
Rare nor'easter could bring lingering taste of fall
Tumbling temperatures this weekend could be here to stay. Canadian air, combined with a rare nor'easter could keep it feeling like September in the Northeast into next week.

U.S. News // 22 hours ago
Tropical rainfall to funnel into Texas, Mexico threatening flooding
Meteorologists warn that a tropical system will continue to bring flooding rainfall through southern Texas and northern Mexico in the coming days before impacting yet another portion of the United States midweek.