July 15 (UPI) -- Donald Trump and two of his adult children will have more time before they will have to testify as part of a New York fraud case, due to the death of the former president's ex-wife Ivana Trump, officials said Friday.

The office of New York Attorney General Letitia James -- who's been investigating the Trumps' business dealings in the state -- said that she agreed to postpone their depositions, which were expected to be given sometime next week.

In addition to Trump, daughter Ivanka and son Donald Jr. were scheduled to give testimony in the case next week before Friday's postponement.

"We received a request from counsel for Donald Trump and his children to adjourn all three depositions, which we have agreed to," James' office said according to NBC News. "This is a temporary delay and the depositions will be rescheduled as soon as possible.

"We offer our condolences to the Trump family."

Ivana Trump, who was married to the business magnate and future president from 1977 to 1992, died on Thursday in her Manhattan apartment. She was 73.

In May, a four-judge panel of the New York Supreme Court's Appellate Division said the Trumps must answer questions under oath about their real estate business. 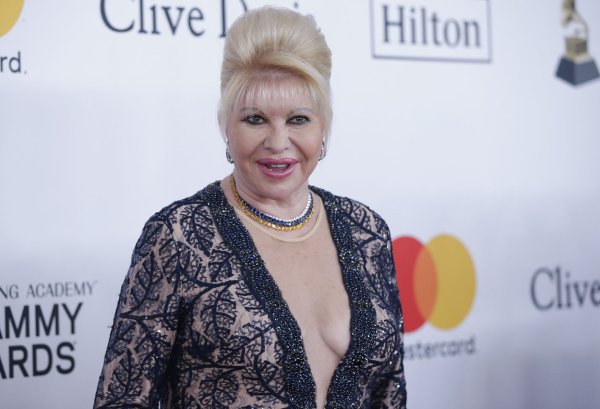 Ivana Trump, pictured here at an event in New York City in 2018, died in her Manhattan apartment on Thursday at the age of 73. File Photo by John Angelillo/UPI

James has said that her office had collected "significant additional evidence indicating that the Trump Organization used fraudulent or misleading asset valuations to obtain a host of economic benefits, including loans, insurance coverage, and tax deductions."

James' investigation could ultimately lead to criminal charges against the former president and Ivanka and Donald Trump Jr.

Trump also faces a criminal probe in Georgia over possible unlawful interference in the state during the 2020 presidential election, which he lost to then-Democratic nominee Joe Biden. A special grand jury subpoenaed former Trump attorneys Rudy Giuliani and John Eastman, as well as Sen. Lindsey Graham, R-S.C., in that investigation.

Trump is also presently at the center of a congressional investigation that has so far uncovered dramatic and explosive evidence and testimony related to Trump's actions during his final two months in office.

U.S. News // 53 minutes ago
Reports: Federal judge declines to hold Trump in contempt in closed-door hearing
Dec. 9 (UPI) -- A federal judge on Friday declined to hold former President Donald Trump in contempt of court for failing to comply with subpoena demanding that he return all classified documents he still had in his possession.

U.S. News // 5 hours ago
AAA: Dangerous driving behavior on the rise
Dec. 9 (UPI) -- More people are speeding, running red lights and driving under the influence of alcohol and cannabis as dangerous driving increases across the country, a new study found.