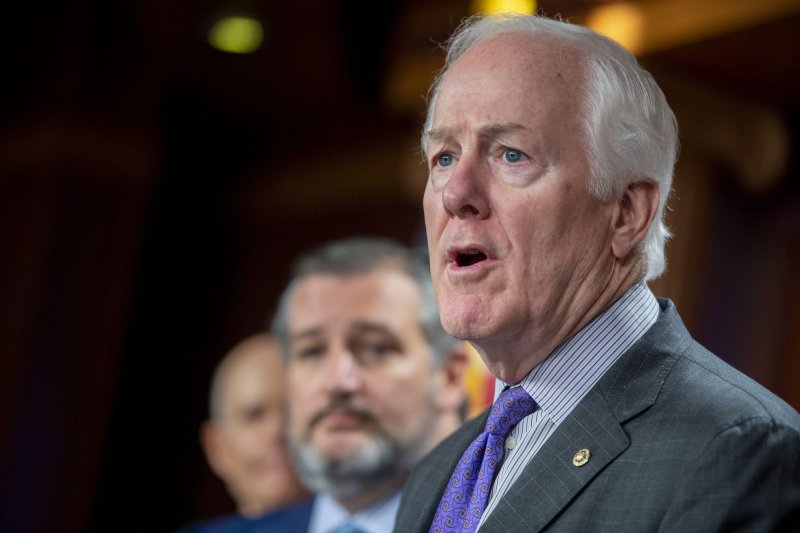 June 21 (UPI) -- The U.S. Senate on Tuesday moved forward bipartisan gun legislation that negotiators had agreed upon only hours earlier, which followed weeks of mediation ignited by a series of mass shootings that left scores of Americans dead.

The lawmakers voted 64-34 Tuesday in the provisional vote, with 14 Republicans joining the Democrats, to advance the 80-page bill shortly after it was unveiled by a group of 20 bipartisan Senators.

"This bipartisan compromise will not end gun violence, but it is an important step towards making our nation safer, and it represents the most significant gun safety reforms and violence reduction investments in decades," Sen. Dick Durbin, the Senate's top Democrat, tweeted following the vote.

"While this does not accomplish everything I wanted, we cannot let perfect be the enemy of good," he said. "Now, let's get it passed."

The bill, which represents the largest federal gun reform legislation in three decades, has garnered support from both sides of the aisle.

Senate Republican leader Mitch McConnell issued a statement of endorsement for the bill, calling it "a commonsense package of popular steps," while his Democratic counterpart, Chuck Schumer, vowed to have the Senate pass it by week's end.

"Tonight, the Senate took the first steps to move life-saving gun safety legislation in the Senate and we will move to final passage as soon as possible," the New York Democrat said late Tuesday.

The bill was unveiled earlier in the day by a group of lawmakers who last week had announced an agreement for its framework that includes gun restrictions, mental health funding and school security investments in an effort to curb mass shootings.

The group of 10 Democrats and 10 Republicans, led by Sens. John Corny, R-Texas, and Chris Murphy, D-Conn., said the package would "protect America's children, keep our schools safe and reduce the threat of violence across our country."

In its final form, the bill closes the so-called boyfriend loophole, which will prohibit convicted domestic abusers and those subject to domestic violence restraining orders from buying guns.

It also funds crisis intervention orders, including "Red Flag" laws, allowing authorities to remove firearms from individuals found to be a threat to themselves or others.

Funds are also included for children and family mental health services and for school safety measures as well as tightens gun purchasing laws by narrowing the definition of a federally licensed firearms dealer, while requiring a review period of mental health records for anyone under the age of 21.

Negotiators had hit a snag over the Hyde Amendment, which bans federal funding for abortions and could potentially conflict with gun law funding for mental health.

The gun legislation outline did not include a provision supported by President Joe Biden to raise the minimum age for purchasing semi-automatic rifles from 18 to 21 years-old.

Lawmakers had been working for days to turn their negotiations into this specific bill that could get Republican's filibuster-proof support in time for a vote before the two-week July 4 recess.

The effort to fashion a gun reform bill came in the wake of last month's deadly elementary school shooting in Uvalde, Texas, where 19 students and two teachers were killed and one at a Buffalo, N.Y., supermarket that left 10 people dead.

In both shootings, the gunman was an 18-year-old armed with assault weapons.

The National Rifle Association issued a statement Tuesday criticizing the bill for putting "unnecessary burdens" on the Second Amendment and warned it could be abused to restrict lawful gun purchases.

"This bill leaves too much discretion in the hands of government officials," it said.

However, gun rights activists were quick to voice support for the measure with NAACP President Derrick Johnson saying his organization was "encouraged" by the bipartisan effort.

U.S. News // 8 hours ago
Southern Baptist Convention reveals Justice Department investigation for sexual abuse
Aug. 12 (UPI) -- The leaders of the Southern Baptist Convention, the largest protestant denomination in the United States, revealed Friday that the church is being investigated for sexual abuse by the Justice Department.

U.S. News // 9 hours ago
Wisconsin state assembly fires 2020 election investigator after Trump fallout
Aug. 12 (UPI) -- Robin Vos, the Republican speaker of Wisconsin's state assembly, announced Friday that he had fired the man he had hired to investigate false claims of voter fraud in the state.

U.S. News // 16 hours ago
Author Salman Rushdie stabbed before speech, rushed to hospital
Aug. 12 (UPI) -- The man who allegedly stabbed international novelist Salman Rushdie during an event in western New York on Friday has been identified by police as Hadi Matar.

U.S. News // 22 hours ago
House passes Inflation Reduction Act on Friday, sends it to Biden's desk
Aug. 12 (UPI) -- The House is expected to pass the Inflation Reduction Act Friday, almost a week after the Senate narrowly approved the legislation that aims to invest billions in climate change, tax and other economy-oriented efforts.